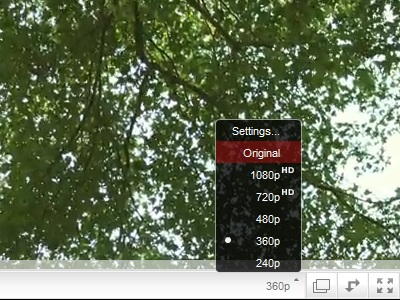 Most of us think that 1080p is the highest resolution so far, but a new resolution, “4k“ is emerging as a new standard for the digital film and computer graphics industry and will soon overcome the 1080p standard.

What Does 4K Mean?

So, what exactly does this “4k” mean? 4k means four thousand pixels across the screen or more precisely horizontally. In a 1080p  (i.e. 1920 x 1080) resolution the horizontal pixels are 1920 or approximately 2k, similarly, a 4k video will have something near 4000 pixels.

4k is often termed as double 1080p but it’s not entirely true if we double the 1080p high-definition television standard in both the vertical and horizontal dimensions we get Quad Full High Definition (QFHD), at 3840 x 2160 pixels.

The shooting and production cost of 4k videos is relatively higher than other resolutions so these videos are extremely limited, however, youtube said that they won’t miss any chance of streaming the highest resolution video.

The video below is shot by a 4k camera, in order to view it in 4k click on “Watch on Youtube” and then, click on “Original“ from the resolution menu once you are viewing it on YouTube.