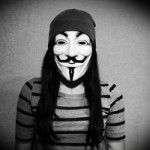 According to a report, Facebook’s revenue doubled in the first half of the year to a whopping $1.6 billion. The net income of Facebook for the period hit $500 million, citing “a source with knowledge of [Facebook’s] financials“.  As Facebook is a private company, therefore, it does not publicly report its financials (permitted by law), but eMarketerâ€¦ Read More »

Amitabh Bachchan aka The Big B is a legend who has served for over 4 decades in Bollywood and has done all kinds of films including comedy, action, masala, and parallel cinema. He has the ability to play any role flawlessly and now the protagonist has finally decided to step out at the age ofâ€¦ Read More »

Lady Gaga is beloved for her wild wardrobe, hefty hairdos, and great amounts of makeup as much as she is for her music. Adding one more in the list of her weird acts, Gaga has recently posed for Harper’s Bazaar without makeup, with perfectly plain hair. Here is a look of Lady Gaga’s natural beauty: Let usâ€¦ Read More »

Facebook has just updated its iPhone app with an abundance of new aspects and privacy features, many of which mirror recent embellishments to the main website. Now Facebook for iPhone 3.5 offers users to tag friends and places in posts and share extraneous links from the web view. It also makes it convenient to manage who canâ€¦ Read More »

Kanye West has shut the inauguration of the “Call of Duty XP” convention, a two-day event celebrating the famous Activism Blizzard Inc shoot-’em-up video game franchise, with an explosive concert inside a hangar on the old airfield where Howard Hughes built the Spruce Goose. West’s performance included hits such as “Gold Digger” and “Love Lockâ€¦ Read More »

Asif Ali Zardari is one of Pakistan’s most successful and controversial politicians and is currently the 11th President of Pakistan as well as the Co-chairman of (PPP). His journey from a local politician to a national President has not been smooth and easy. We have collected 13 interesting things about Mr. Zardari which we thinkâ€¦ Read More »