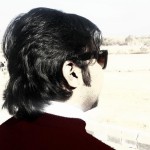 All Posts by Faizan Ali

Fan of thrilling your heart with guns and various other weapons of mass destruction (on your Android phone of course)? Then look no further as N.O.V.A. 3 is definitely the Android game that can now satisfy your thirst for adventure. If you have been playing the previous versions of the N.O.V.A game franchise then youâ€¦ Read More »

Feeling jealous of seeing your friends showing off their smartphones capable of snapping 3D panoramic photos? No need to worry anymore because Microsoft is very well aware of its dedicated fans’ emotions and to prove that it cares, the billion-dollar company has done something interesting about it. If you are one of the owners ofâ€¦ Read More »

The world of streaming videos just expanded to the reach of proud Microsoft Xbox 360 owners. Previously, it was heard that Xbox 360 had plans of having its own unique web browser but this new big deal just might cross that hype. Due to Amazon’s brand new Instant Video application availability in the Xbox Liveâ€¦ Read More »

Rumor: Facebook To Enter the Battle of Web Browsers

Stand back Internet Explorer, Google Chrome, Mozilla Firefox, Safari, and the latest Yahoo Axis, the battle for web-browser supremacy is about to get a lot tougher as the world’s most used social networking site is rumored to throw its hat in the ring very soon. According to various reports, Facebook has decided to expand its acquisition list,â€¦ Read More »