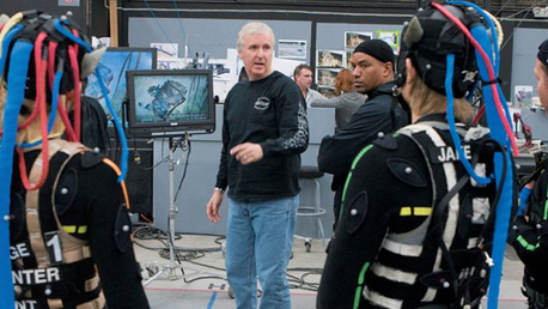 Movies are often entertaining, inspiring, adrenaline-fueled or present great records of historical events and we love them for that. But there are some high-tech movies out there that do more than just provide us with a couple of hours of distraction from the real world – some of them change the rate at which technology changes, both in the way films are made from that point onward and the development of ‘real world’ technology. Here are a few revolutionary movies which pioneered technology, as well as the world around us:

Avatar is considered to be one of the most successful revolutionary movies of all time and when it comes to the technology of James Cameron’s blockbusting picture, he really broke through some boundaries. The 3D camera system that Cameron used to bring the huge blue beings to live in such a believable way trod a fine line between animation and live-action in a way that has not really been that successful before on the big screen.

Whilst the critics doubted that the public could ever suspend belief enough to accept such a fantasy universe, the technology Cameron used proved that virtually anything is possible.

Before Avatar was even a glint in James Cameron’s eye there was the series of Star Wars movies, which were pretty technologically groundbreaking. Outside of the advances that the films brought into the movie industry, some of the technology depicted in the film has made its way into the world around us in the 30-plus years since the films were first released.

From the handheld lasers being pioneered by a Hong Kong company that looks remarkably like lightsabers, to a ‘Death Star’ insect killer that uses lasers to shoot mosquitoes to prevent the spread of Malaria, these films have had more impact on the modern world than we could ever have imagined.

Steven Spielberg’s mechanized creation for the series of Jaws films was literally terrifying to behold and whilst it might not be the only faux monster to have scared us all witless, the full-size pneumatically powered prop (named ‘Bruce’ by the crew) was one of the first fakes to have such an impact on cinema-going audiences, paving the way for the likes of Jurassic Park.

It also pioneered one of the most famous rides at Disney World where visitors are ‘treated’ to being driven around in a boat whilst the giant, full-sized, tooth-bearing shark lunges out of the water at them. The construction of the three prop sharks used in the film involved 40 effects technicians and the film was shot entirely at sea rather than in a Hollywood tank.

It would be difficult to pick out one specific Bond film that took technology to the next level as thanks to the presence of ‘Q’ in each film cinema-going audiences were regularly taught to think about innovation in a new way, whether it was rocket-launching cigarettes or a phone that contains a fingerprint scanner and a stun gun.

Homing devices, jet packs, car phones, pagers, and even the robotic dog have since made their way into commonplace thinking thanks to Q’s crazy inventions.

If there was ever a series of revolutionary films and TV series that was inventive with its technology then it was the legendary Star Trek dynasty. From transporters to spaceships, cloaking devices, replicators, shields, tractor beams, and warp drives, there was technology aplenty that spilled out from these revolutionary movies.

If you’re not convinced that these fantastic technologies have been pioneered in real life then think again as real-world cloaking devices that can obscure objects from at least one wavelength of EM emissions and a type of tractor beam that moves small particles 1.5 meters through the air have both seen the light of day.

The clever brains behind these revolutionary movies might not have realized that their films would eventually be producing technology that will have an everlasting impact on both the movie industry and the world around them. You can’t help but wonder what the film industry has in store for us in the next couple of decades and what kinds of inventions we’ll be seeing next.