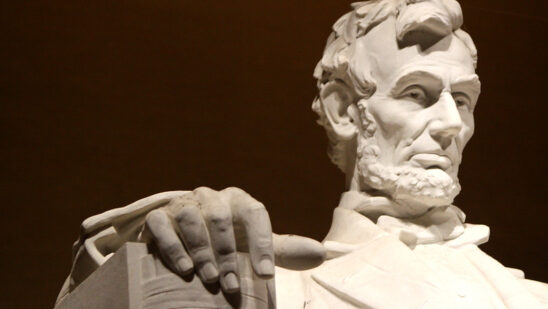 Down on his luck and born to a family that barely earned a dime, Lincoln was destined for greatness and didn’t let any criticism stop him. Preserving the Union, and strengthening the economy, Lincoln gave it all he had when the United States of America didn’t seem united at all. Apart from being the tallest American President and winning the Civil War, here are 18 rare facts about Abraham Lincoln: 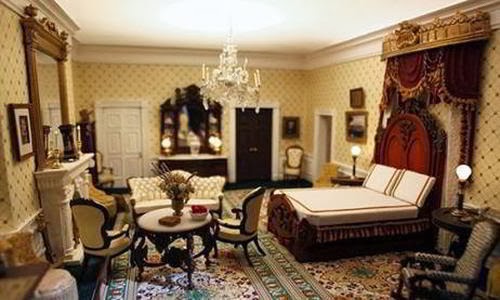 During his Presidency, the 16th President of the United States, Lincoln might own a lot of rooms in the White House but it is interesting to know that he never slept in the finest room of all: The Lincoln Bedroom.

Situated in the southeast corner of the second floor as a part of the Lincoln Sitting Room, Lincoln solely used the room as his personal office where he held meetings with Cabinet members, wrote speeches – including Emancipation Proclamation – and signed official documents.

17. Abraham Lincoln was Almost Shot During the Civil War 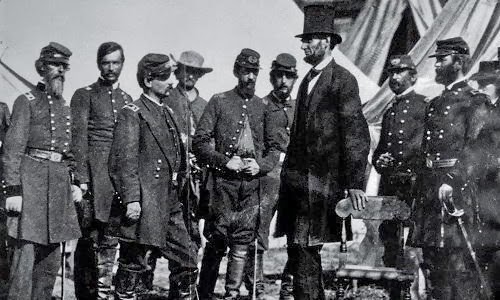 As the Civil War reached a volatile state, causalities were inevitable. During his two days visit to Fort Stevens in Washington, DC, Lincoln almost lost his life when the Confederate troops invaded the city.

When the troops came near the fort, they opened fire on the President. Fortunately, Colonel Oliver Wendell Holmes, Jr, yelled, “Get down, you fool!” Lincoln knelt at the last second and managed to leave the battleground without any injuries. 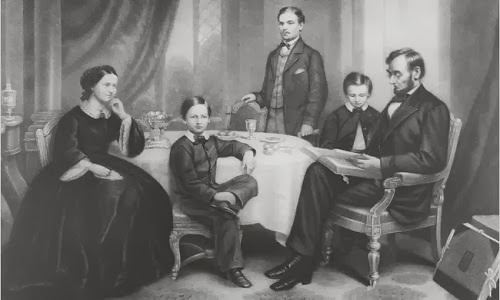 A lot is known about the President’s political career but the same cannot be said about his personal life, particularly his romantic aspects. His first love was a woman named Ann Rutledge, who allegedly died due to typhoid fever.

Lincoln became engaged to a woman named Mary Owens but it was soon broken off. He tied the knot with Marry Todd and the couple had four sons. 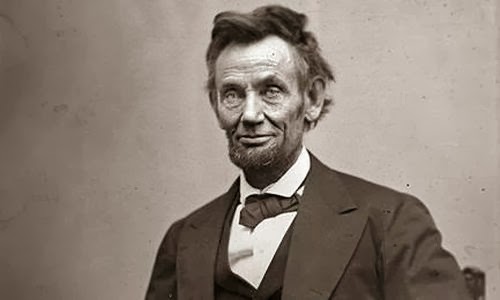 Lincoln was nicknamed “Honest Abe” for a reason and left many incidents to display his acts of honesty throughout his life. One of them involves him taking 17 long years to pay back every single penny of a $1000 loan he used to run a store.

He failed miserably as a store clerk and had to return the loan as he decided to call it a day and it took the future President 17 years to do so. 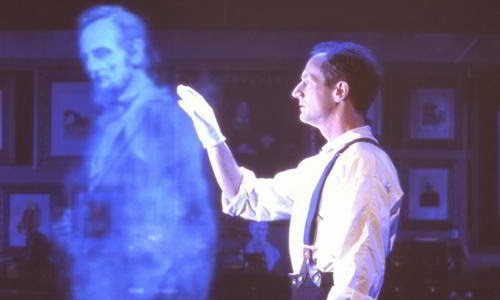 Among the claims by political figures witnessing ghastly creatures similar to deceased presidents, perhaps the most common and most widespread is of Abraham Lincoln’s ghost.

Believed to haunt the White House, the most famous incident of the sightings happened in 1942 when Wilhelmina of the Netherlands answered a knock on her White House bedroom only to see Lincoln’s ghost wearing his trademark frock coat and top hap. She fainted instantly. Many have heard footsteps late at night in the hall next to the Lincoln Bedroom.

13. Abraham Lincoln is the Only President to Obtain a Patent 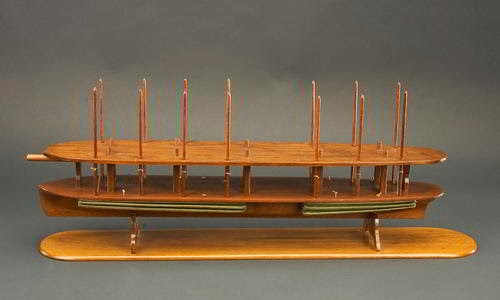 Lincoln’s diversity knows no bounds as apart from politics, he had a thing for engineering and machinery as well. While traveling on a steamboat that had to unload cargo, he conceptualized a way to maintain their flow by attaching vacant metallic air chambers on their sides.

Though the method seemed nearly impractical, he obtained Patent No. 6469 in 1849; an achievement that distinguishes Lincoln from other US Presidents. 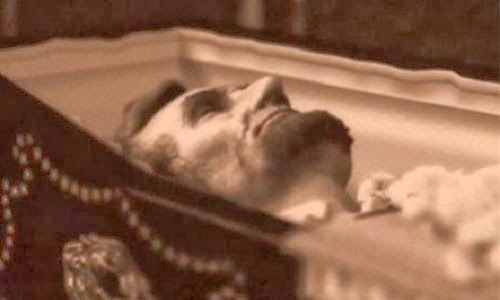 Prior to his death, Lincoln dreamt at least twice about his own death. He once narrated such dreams to his friend and biographer Ward Hill Lamon – one of them involving himself coming downstairs to the East Room of the White House and witnessing a group of soldiers mourning around a corpse.

When demanded to know the identity of the dead one, one of the soldiers replied:

“The President. He was killed by an assassin.” 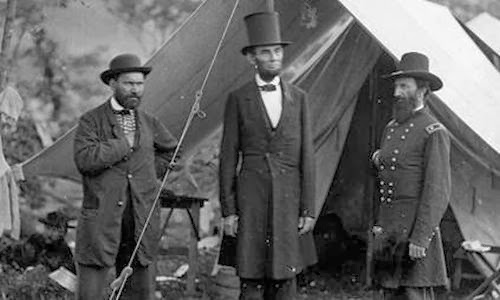 The stovepipe top hat not only served as the 16th President’s most recognizable clothing piece but also served as a secondary pocket. Despite being a responsible lawyer, Lincoln found it troublesome to keep his notes safe so he utilized his top hat to store his letters, bills, notes, speeches, and many other political documents.

Due to the excessive use, the top hat is now the epitome of Lincoln’s image.

10. Abraham Lincoln Formed the Secret Service Moments Prior to Assassination 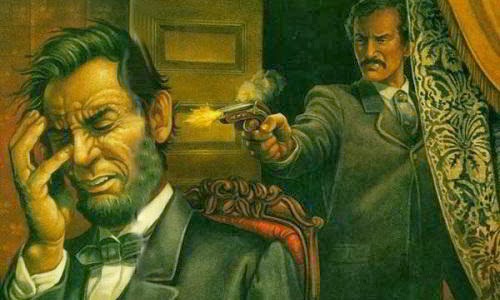 April 14, 1865 – the death of Abraham Lincoln and the birth of the United States Secret Service. Before the night of his assassination, the President signed legislation documents in order to form the Secret Service in the evening.

However, it was in 1901 when the Secret Service expanded its duties concerning counterfeiting currency to protecting American political icons. 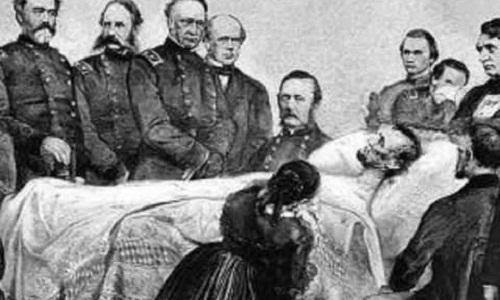 11 years after the assassination, Chicago-based counterfeiters attempted to steal the President’s corpse from his tomb which was sealed by just one padlock. They planned to hold the body for a ransom of $200,000 and demanded the release of their gang’s finest counterfeiter from prison.

8. Abraham Lincoln and the Occult 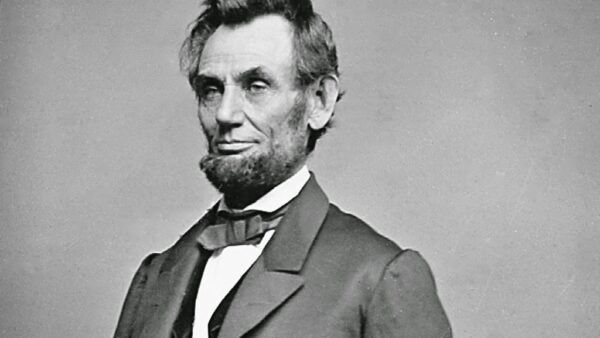 Due to depression, he suffered from the loss of his sons Edward Baker “Eddie” and William Wallace “Willie” Lincoln – who died at the age of 3 and 11, respectively – Lincoln and his wife Marry Todd tried to contact their loved ones by indulging in séances in the White House and even going to the homes of renowned mediums in order to do so.

However, the couple never revealed whether they were able to contact them or not. 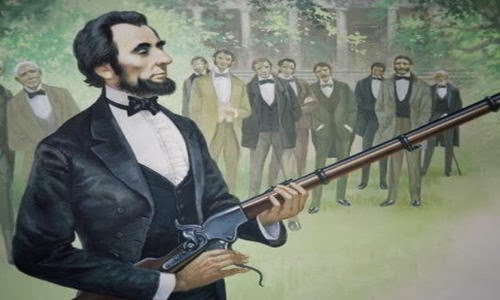 Intrigued by the artillery guns utilized by the Union soldiers during the Civil War, Lincoln used to personally test-fire rifles and muskets around the White House.

Despite many firing restrictions in the District of Columbia, Lincoln continued to test – or maybe even thrill himself – the weapon on the grounds of the White House – now known as the National Mall and the Eclipse.

6. Abraham Lincoln was Against Hunting and Fishing 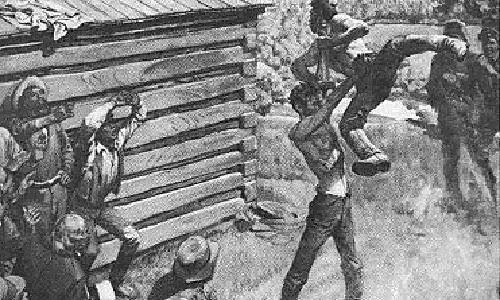 Apart from being heavily against slavery, Lincoln was also against hunting and fishing, even for food. Possibly an animal lover, his distaste towards the killing of animals deemed him to be considered unmanly, lazy, and even gutless by the men during his early age of hardships.

Little did they know that the boy had a heart of gold.

5. Abraham Lincoln Only Had 18 Months of Formal Education 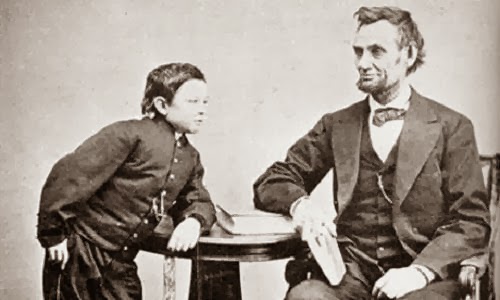 Despite having a reputation as the best orator and storyteller of his time, it is nearly impossible to believe that a speaker such as Lincoln only had 18 months of formal education.

An avid reader and having an appetite for knowledge, Lincoln climbed the mountains of awareness as he self-taught himself, eventually becoming a lawyer and ultimately becoming the President; cementing his rightful place in American history. 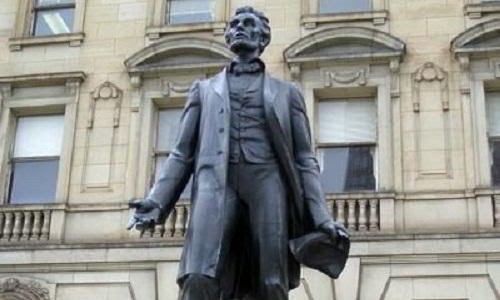 Lincoln was once challenged to a fight over a letter his wife wrote. Though the 6’4 President confidentially accepted, the duel never took place as his comparatively smaller opponent felt at a disadvantage due to Lincoln’s weapon of choice: a broadsword.

Feeling at unease due to Lincoln’s magnetism, the opponent wisely backed off and decided to settle it by words; a department where Lincoln was at its peak. 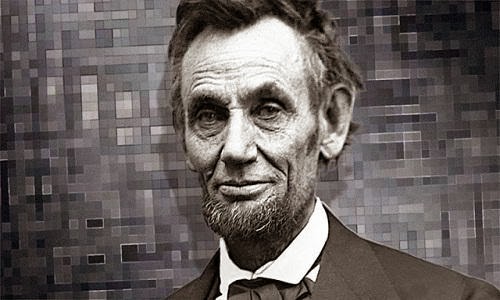 The religious perspectives of Lincoln’s beliefs are perhaps the most debatable subjects in American history. Though he was a skeptic when young and occasionally quoted the Bible, he never went to Church but made few indications towards his possible belief in Christianity; further adding the mystique to Lincoln’s religious beliefs.

It is interesting to note that the expression, “In God We Trust” on US coins was initialized during Lincoln’s reign as the President. When asked about his religion, Lincoln promptly quoted, 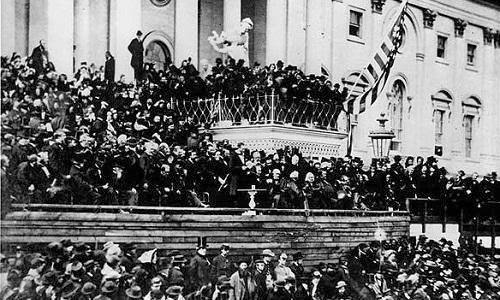 Out of the hundreds of people who witnessed Lincoln as he delivered his speech for the second inauguration as the President of the United States, his future assassin John Wilkes Booth was present as a spectator.

To add the icing to the cake, it is amazing to know that George Atzerodt, David Herold, John Surratt, Edmund Spangler, Lewis Paine, and other accomplices involved in the President’s assassination were also present at his second inaugural address.

1. Abraham Lincoln is in the National Wrestling Hall of Fame 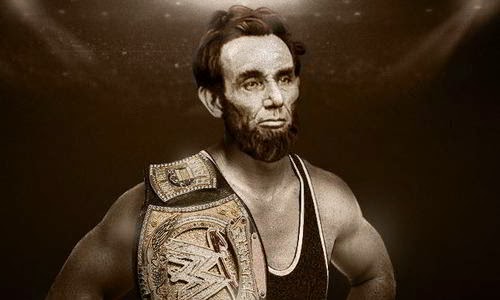 Lincoln is undoubtedly the most multi-talented, if not the greatest, American President of all time. Before his political career, Lincoln was an amazing wrestler due to his gigantic size and long limbs. Wrestling fans will be amazed to know that he lost just one match in a total of nearly 300 matches.

Carl Sandburg recalls in his biography about Lincoln that after defeating an opponent, he once challenged the entire crowd saying:

“I’m the big buck of this lick. If any of you want to try it, come on and whet your horns.”

Lincoln’s impressive wrestling maneuvers blessed him with an “Outstanding American” honor in the National Wrestling Hall of Fame.

Share with us some more rare facts about Abraham Lincoln in the comments section below!