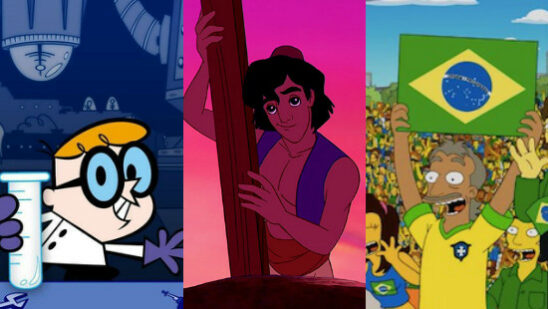 What is aimed at children can be a tool for erupting controversies and outrage. As a kid, watching cartoon shows was a big deal as a source of entertainment but it is certainly intriguing to wonder what on earth their production studios were thinking while including questionable content for minor viewers. Take a look at the 15 biggest controversial moments in cartoons: 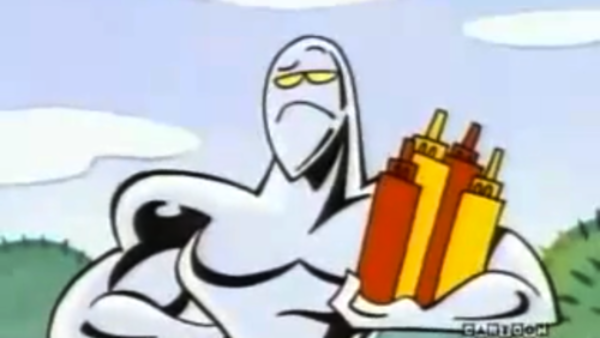 Featured as short segments of Dexter’s Laboratory, Dial M for Monkey focused upon Dexter’s pet monkey’s alter ego as a superhero who fights crime and saves the world.

The episode Barbequor was met with criticism because of the depiction of stereotypical gay men by a character named Silver Spooner and the state of being hungover and vomiting by another character called Krunk.

After airing for a few years, the episode was deemed offensive and later removed from broadcast. Replaced by a segment from the second season, Barbequor was not even featured in Season One DVD of Dexter’s Laboratory. 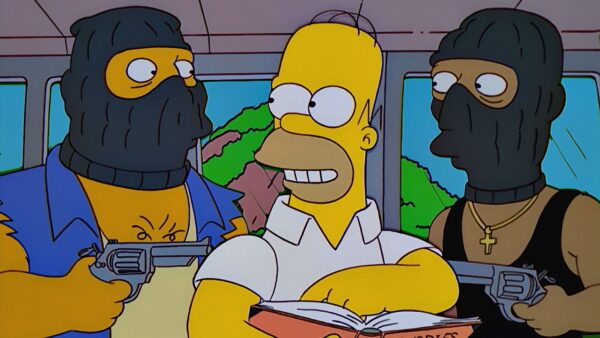 Not a stranger to criticism, The Simpsons is one of the most-watched television shows of all time despite several inappropriate instances in it. In this episode, the family goes to Rio de Janeiro to find a Brazilian orphan named Ronaldo. During the course of their visit, the city is ridiculed by several stereotypes that damaged its image.

Showing significant kidnappings, crime, rat infestation, and slums, the tourist board of Rio de Janeiro feared that the show will be responsible for a decline in their tourism business and planned to sue Fox. All was forgiven when the executive producer of the show James L. Brooks apologized to the city for screening a negative portrayal. 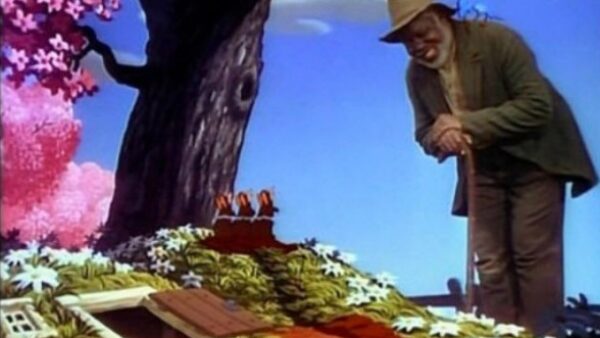 Set in the post-Civil War South, the movie stars James Baskett as Uncle Remus – an implied former slave. With a racist tone, the movie was branded as an “insult to American minorities [and] everything that America as a whole stands for” by Adam Clayton Powell, Jr., a congressman from Harlem.

The film caused one of the biggest controversial moments in cartoons and after facing a severe backlash and immense criticism, it was never released on home video. However, its song “Zip-a-Dee-Doo-Dah” won an Academy Award for Best Song while Baskett achieved an honorary Academy Award because of his portrayal of storyteller Uncle Remus; making him the very first male African-American actor to win an Oscar. 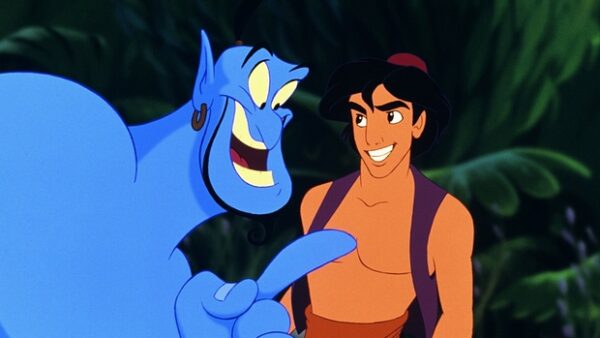 As one of Disney’s most loved creations, Aladdin found itself in a heap of trouble due to its offensive lyrics in the Arabian Nights theme that demeaned Arabs. The opening lyrics state:

Where they cut off your ear,

But hey, its home.

Unbelievable how such cruel content can be featured in a product aimed at children. After protests from the American-Arab Anti-Discrimination Committee, Disney altered the lyrics from the home video and CD versions of the movie to:

Where it’s flat and immense,

And the heat is intense,

But hey, its home.

On an interesting note, the New York Times addressed the issue with an editorial titled “It’s Racist, But Hey, It’s Disney” and stated:

“To characterize an entire region with this sort of tongue-in-cheek bigotry, especially in a movie aimed at children, borders on barbaric.” 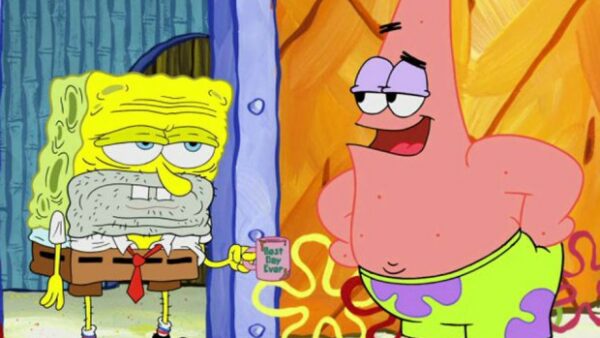 After being fired from the KrustyKrab, SpongeBob falls into depression but his friend Patrick tries to encourage him by showing him the benefits of unemployment. Referring to it as “fun employment”, the episode became a topic of political debate and much controversy for its irresponsible depiction of unemployment.

The episode also mocked how unemployed people rely on the Supplemental Nutrition Assistance Program. Referred to as “symbolic of a harsh economic climate”, the plot of the episode was met with overwhelming criticism. 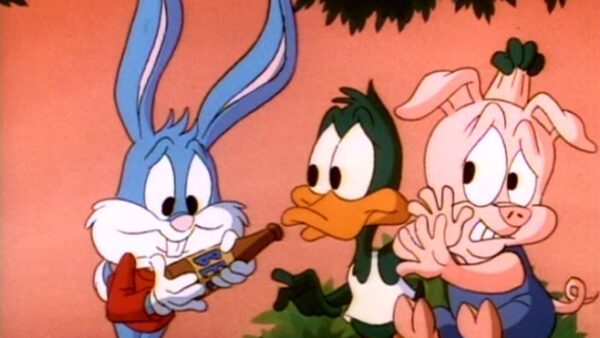 Underage drinking is never a good idea but in order to teach that lesson to the kids, this particular episode of Tiny Toon Adventures showed exactly that: underage drinking, in one of the most controversial cartoon episodes ever. When Buster Bunny, Plucky Duck, and Hamton J. Pig drink beer, things only get complicated.

The alcohol content was taken to a whole new level when the drunk trio steals a police car and drives under the influence. Though they managed to learn the “evils of alcohol” by the end of the episode, the segment was quickly banned after it aired. 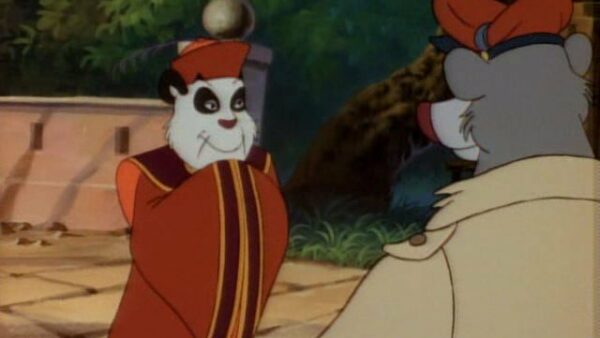 The surprise military attack by the Imperial Japanese Navy on the United States naval base at Pearl Harbor added fuel to the fire between the two countries’ already crude relations.

The entire scenario is set up as Panda-La’s emperor Wan Lo is on the verge of invading Baloo’scity Cape Suzette. The offensive East Asian stereotypes and the aggressive World War II depictions featured in the segment led to a temporary ban on the episode.

8. When You Wish Upon a Weinstein (Family Guy) 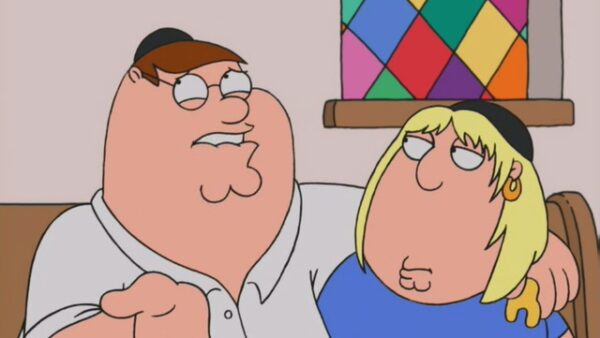 The list cannot be completed without the inclusion of Family Guy. Do not let the name fool you! The show is not at all meant for a family viewing. In the episode When You Wish Upon a Weinstein, Peter Griffin aims to hire a Jew so he can earn money. 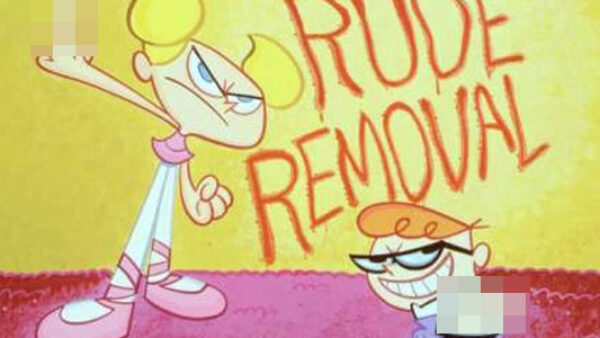 In this unaired episode, Dexter accidentally creates a clone of himself and his sister Dee Dee with one alteration: they are rude to the bone and swear a lot. Despite their curse words being censored by beeps, the selection of their words was pretty obvious.

It was wisely decided to shelve the segment and not broadcast it on television. Nonetheless, Rude Removal made its way to a few animation conventions and festivals and was uploaded online several years after its production. 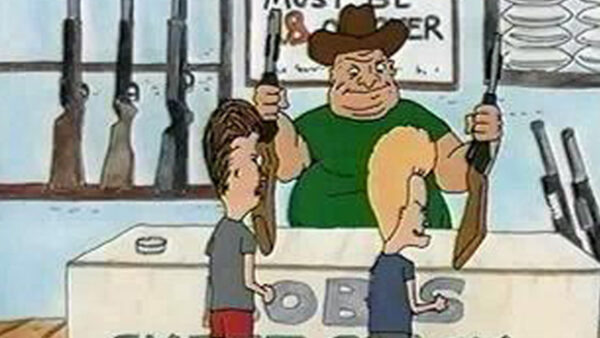 The MTV animated sitcom Beavis and Butt-Heads is blamed for several reckless and dangerous behavior by American children who have tried to replicate the misadventures of the show’s dynamic duo. With dozens of controversial episodes, it is hard to pick one but if it had to be narrowed down, Heroes will probably be the most horrifying one.

After illegally obtaining firearms, Beavis and Butt-Head accidentally shoot down an airplane. Once it crashes down, the two treat the passengers inhumanely. The episode received appalling criticism and was not even featured on VHS when the volumes of the series were released for sale.

Without a shadow of a doubt, Pokémon is an addiction and not just a regular cartoon show. In the thirty-eighth episode of the very first season, Pikachu uses his lightning attack to blow up missiles. For the explosion, the animators’ employed strobe lights for a cool effect but regretted it soon.

The illuminating effect sent 685 Japanese children to hospitals who experienced seizures, blurred vision, dizziness, headaches, or nausea. Though many recovered, more than 150 children were admitted to hospitals. The episode has not been aired since and Pokémon was halted for four months. 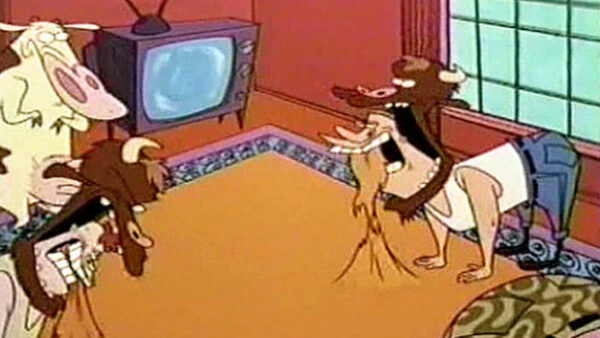 While the humor utilized in Cow and Chicken is often uncomfortable to watch, the show really crossed the line with its episode Buffalo Gals. While watching television, a group of motorcyclists named Buffalo Gals invade Cow and Chicken’s home and start chewing their carpet – a lesbian slang.

Furthermore, one of the Buffalo Gals orders Chicken to catch while he pitches during Softball two gay slangs. The homosexual stereotyped episode was only aired once and was immediately banned after a complaint. 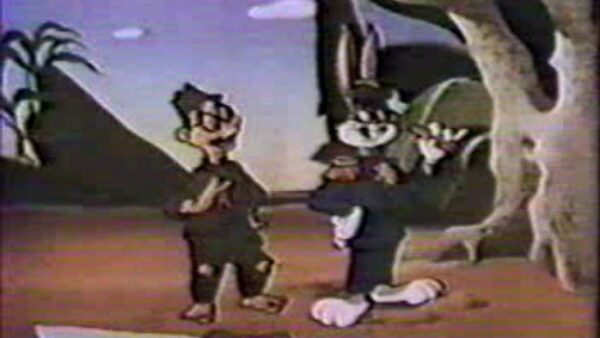 Made during World War II, this cartoon segment insensitivity attacked Japan and serves as a heart-breaking reminder of America’s attitude today. Once Bugs Bunny lands on an island in the Pacific Ocean, he mercilessly attacks the Japanese soldiers.

Using explosives to destroy them, Bugs takes things further with racial slurs like “monkey face” and “slant eyes”. The exaggerated stereotypical depiction of the Japanese was also met with criticism and was censored after it aired a few times. It still stands amongst the most controversial political cartoons ever.

2. Return of the King (The Boondocks) 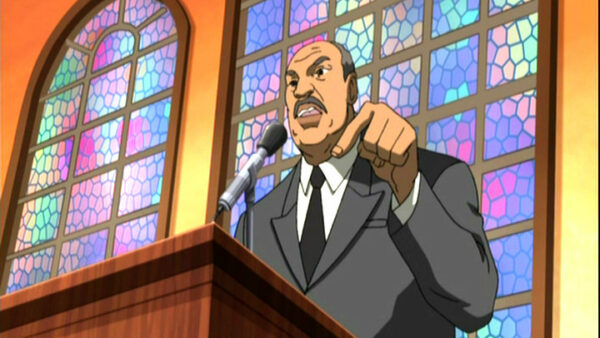 Martin Luther King, Jr. is one of the most admirable civil rights activists of all time and the very idea of him using the N-word to describe the black community is preposterous. In this episode, Huey Freeman narrates an alternate version of history in which King survived his assassination attempt and fell into a coma.

Waking up after 32 years, King does not feel comfortable at all witnessing the present state of the community for whose freedom he worked so hard.

After failing to quiet down an audience of black citizens so they can listen to his speech despite asking politely, King becomes furious and blurts out,

“Will you ignorant niggas please shut the hell up?”

The crowd becomes shocked as King continues blasting by excessively using the N-word and even takes a shot at Black Entertainment Television, Usher, and even Michael Jackson. Despite all the controversy, the episode won a Peabody Award. 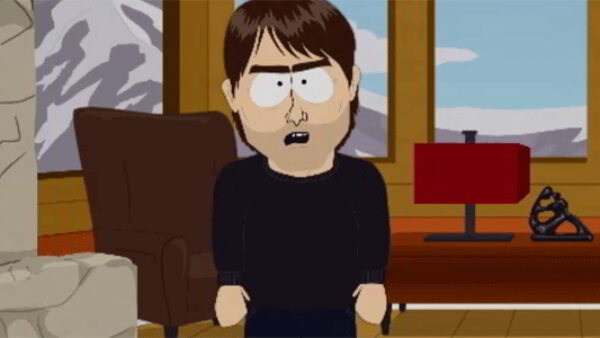 Swimming in controversy, it is amazing how South Park still continues to air. The line was definitely crossed in the two-part episodes 200 and 201 when the show targeted Tom Cruise, the Church of Scientology, and the Islamic Prophet Muhammad (PBUH).

Due to the controversial religious content of the show, the episode was not shown in Australia, Sweden, the Netherlands, and Hungary. Furthermore, creators Trey Parker and Matt Stone received death threats from the radical Muslim organization Revolution Muslim.

Did we miss any of the biggest controversial moments in cartoons? Please let us know in the comments below!