15 Interesting Facts About The Simpsons 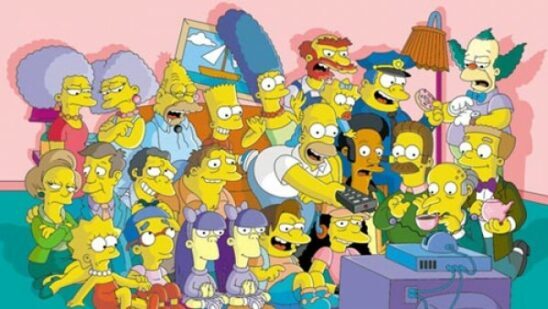 26 seasons and the beloved animated show is going strong as ever. The world would not have been the same place if the iconic yellow-skinned family had not hit the television screens. As the longest-running show of all time, The Simpsons has a massive fan following and homes an instantly recognizable pool of characters thanks to their comedic gags and adult humor. With a lot of history, here are a few of the most interesting facts about The Simpsons; the television’s number one family: 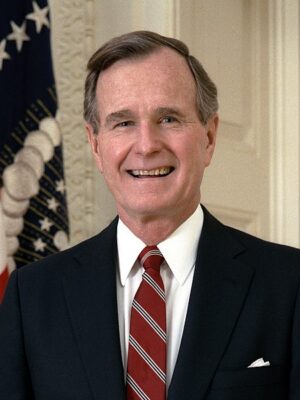 Not a stranger to creating controversies, The Simpsons have a fair share of playing mind games with various celebrities and even politicians. During a 1992 speech, then-President George H. W. Bush expressed his distaste for the show and stated:

“We are going to keep on trying to … make American families a lot more like the Waltons and a lot less like the Simpsons.”

The show’s writers prepared a witty response for the President as a short segment was produced featuring Bart Simpson who sarcastically exclaimed:

“Hey, we’re just like the Waltons. We’re praying for an end to the Depression, too.”

14. Paul McCartney Requested Lisa to be a Vegetarian 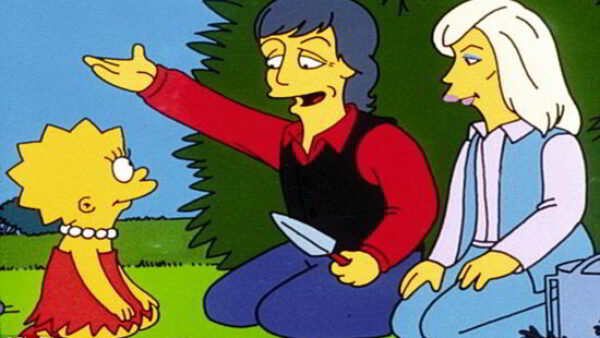 More than 600 celebrities have guest-starred in The Simpsons, a world record for the most guest stars in a television show but Paul McCartney was the most important of all. The former member of the Beatles guest-starred in the seventh season episode:

“Lisa the Vegetarian” along with his wife Linda.

However, things could have been entirely different for the fate of the character Lisa Simpson if the studio had not agreed to McCartney’s condition: Lisa stayed a vegetarian throughout the series. With nineteen seasons ahead, Lisa is still one. 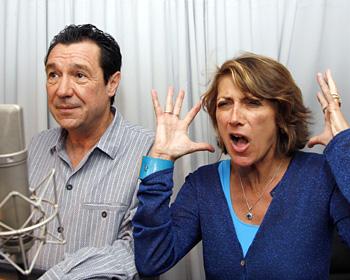 More than a thousand longtime fans of the series still enjoy watching The Simpsons with their significant other and spouses even to this very day. While many of them have dedicated their lifestyles to the beloved animated series, none of them come close to the French voice actors of an on-screen couple Homer and Marge Simpson.

Quickly catching the eye of each other during the auditions for the French language version of the show, voice actors Phillipe Peythieu and Veronique Augereau not only got the part but also won each other’s hearts and married a decade later.

12. TIME Included Bart in the 100 Most Important People of the 20th Century 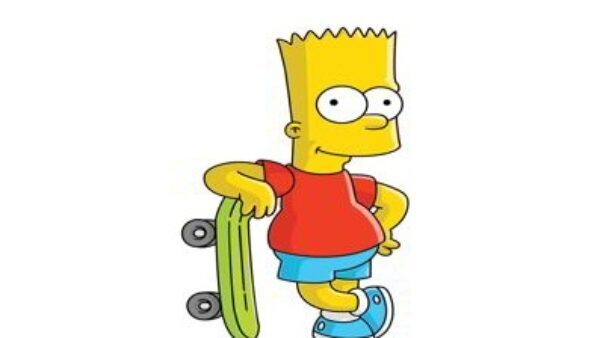 The principal calls him rebellious, his sisters call him mischievous, his parents call him disobedient and TIME Magazine called him one of the 100 Most Important People of the 20th Century.

As amazing as it may sound, he was the only fictional character on the entire list; a list which also featured Albert Einstein, Mahatma Gandhi, Muhammad Ali, Henry Ford, Marlon Brando, Walt Disney, Princess Diana, Winston Churchill, and even The Beatles.

11. The Simpsons are Based on Creator Matt Groening’s Family 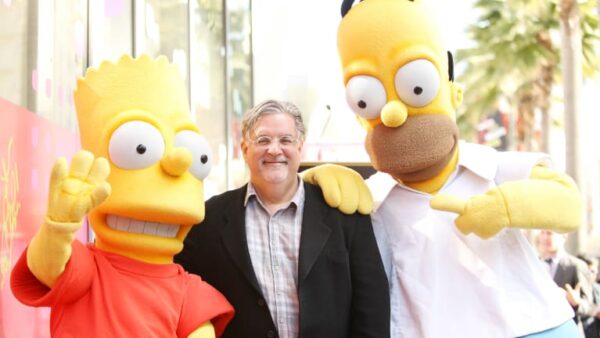 Matt Groening sure knows how to equip his environment for gaining profits and The Simpsons is proof of it. Obviously, apart from the contentious shenanigans in the family, Matt based the Simpsons family on his own family.

Corresponding to the animated family, Matt’s father’s name is Homer. His mother’s name is Margaret. His two younger sisters’ names are Lisa and Maggie. His grandfather’s name is Abraham. As far as Bart is concerned, Matt’s older brother Mark is the inspiration and the character’s name is an anagram of a brat. 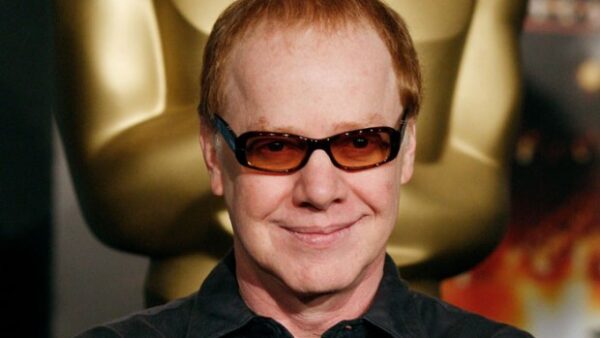 Apart from being the most recognizable television character of all time, the popular opening theme called “The Simpsons Main Title Theme” happens to be one of the most familiar tunes ever. Composed by veteran Danny Elfman, it took him 3 days, 2 hours, 48 minutes, and 19 seconds to create the 1-minute and 23 seconds track.

9. The Simpsons Broke its Couch Tradition One Time 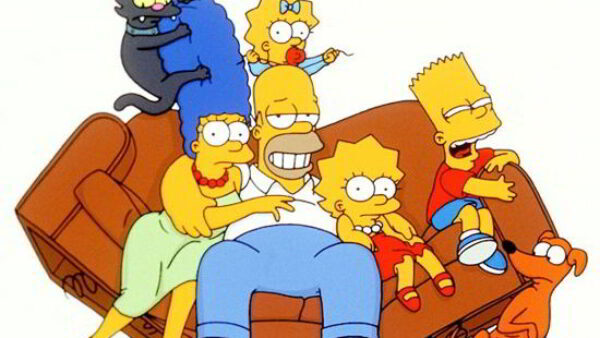 The recurring couch gags of The Simpsons exhibit excellent creativity by utilizing cultural references, hyper stereotypes, and comedic jokes. As a tradition that has run for 26 long seasons, the show neglected it one time.

Kesha’s TikTok was the hottest song at the time of its release and was used for the opening of the episode “To Surveil with Love”; the entire cast performed a lip dub to the song. One might think that Kesha would have been quite thankful for the show but on the contrary, she simply tweeted “Wooo!!” as a response.

8. The Simpsons is a Spin-Off Show 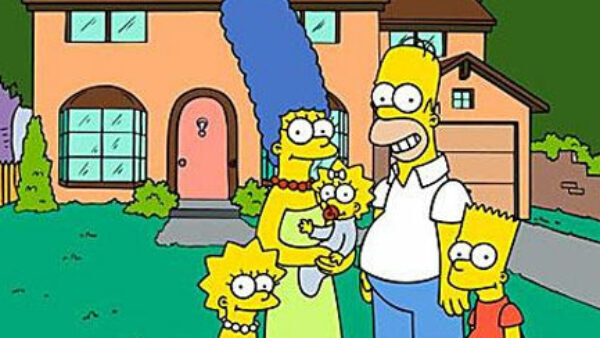 Originally starting as short segments for The Tracey Ullman Show, the beloved family was featured as animated stories before and after the commercial breaks. Running for four seasons, the show met its demise but that was just the beginning of something special.

Seeing strong potential in the show, The Simpsons were granted its very own half-hour prime-time show for Fox Broadcasting Company in 1989 and the rest is history.

7. D’oh! Has Been Added to Oxford English Dictionary 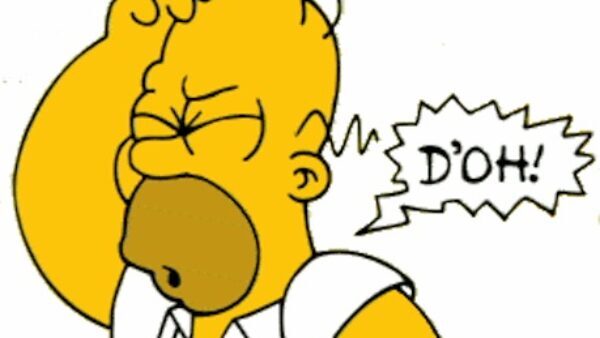 The annoyed grunt has been used a million times by Homer Simpson and on a few occasions, even by his family members and non-related characters such as Krusty the Clown and Mr. Burns. In 2001, D’oh! was officially added to the Oxford English Dictionary and defined as: 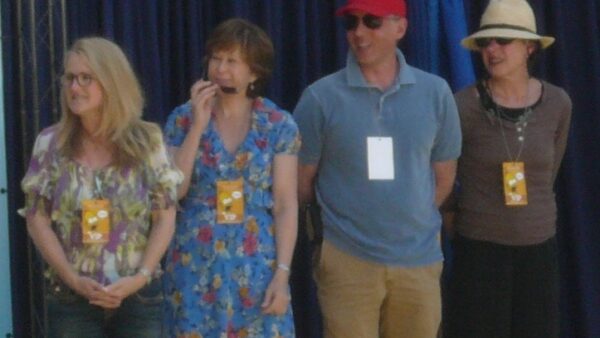 In 2008, the cast wanted a “healthy bump” in their salary and it was raised to $400,000 per episode. Three years later, Fox threatened to cancel the show if production costs were not decreased so the cast agreed to $300,000 per episode.

5. Barney is Not Nelson’s Father Yes, you read that right and we know its one of the weirdest Simpsons facts it happens to be perhaps the biggest misconception about the beloved show and even many of the hardcore fans of The Simpsons are unaware of the fact that school bullies Nelson Muntz and the town drunk Barney Gumble are not related at all.

Despite the strong similarities such as messed-up hair, facial expressions, matching clothes, and difficulties adjusting to the societies, Nelson is neither Barney’s son nor relative. 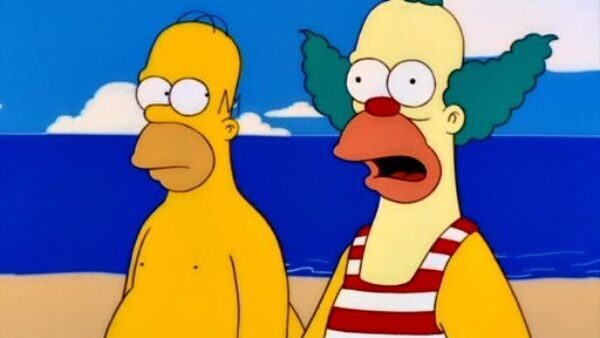 The striking resemblance between Krusty the Clown and Homer Simpson is hardly unnoticeable. That is because it was intended as a plot twist with Bart Simpson realizing that his clown idol is none other than his father, who he never respected.

As the show’s fame grew, so did Krusty as a character, and the original plans were scrapped.

3. The Reason Behind the Characters Being Yellow 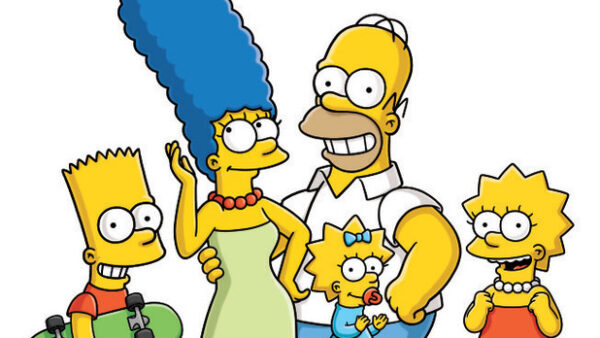 Creator Matt Groening did not intend to have his characters yellow but when an animator drew them on yellow colored paper, he suddenly had a perfect idea for strong iconography.

“This is the answer! Because when you’re flicking through channels with your remote control, and a flash of yellow goes by, you’ll know you’re watching The Simpsons.” 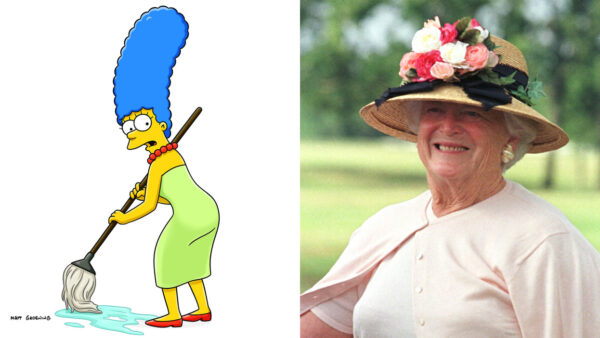 It is no secret that not many people are amused by The Simpsons and former First Lady Barbara Bush is one of them as she called it “the dumbest thing” she ever saw. Believe it or not, Barbara soon received a personalized letter from Marge Simpson.

The caring mother from the show politely admitted that her family was “wee bit short of normal” yet she teaches her children not to talk anything bad about anyone. Interestingly enough, Barbara responded to the letter and apologized for her “loose tongue.” 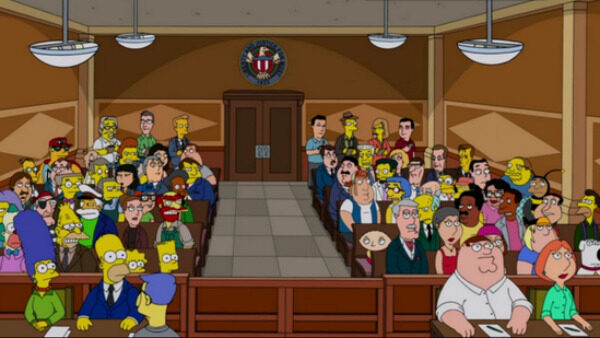 When it was announced that the longtime rival animated show Family Guy will have a special 45-minute crossover episode with none other than The Simpsons, the fans exploded with absolute anticipation. Exciting to see both show’s characters interacting with each other, and it was interesting to note that their creators – in animated forms – appeared in the episode too.

During the court scene, not only do the similar characters of both shows sit side by side but The Simpsons creator Matt Groening and Family Guy creator Seth McFarlane are shown sitting at the end of the room at the extreme left and right corners, respectively.

Feel free to add some more interesting facts about The Simpsons in the comments below!