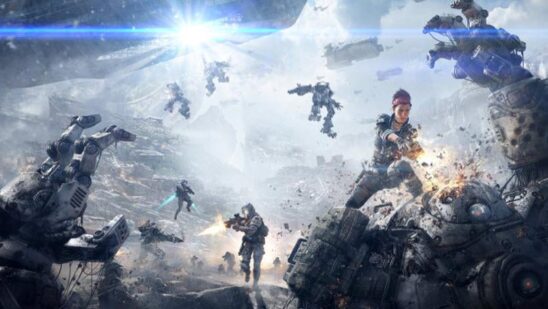 Last year saw the release of two of the most anticipated video game consoles of the past decade, the PlayStation 4 and the Xbox One. Both consoles have sold millions of units to date, but still, lack a good collection of next-generation game titles. Even Wii U which was released a year earlier doesn’t possess many notable games. Even in the last 4 months that have followed the unveiling of the Xbox One and the PlayStation 4, there has been a huge gap in terms of next-gen titles that development studios are now trying hard to fill as soon as possible to satisfy the new breed of gamers. To much delight, 2014 is going to bring us hundreds of the most anticipated, groundbreaking games ever to be released in this past decade. This is the year when the games will make full use of the raw power that can be provided by the 8th-generation video gaming consoles. With so many games coming out this year, selecting the right title will definitely be difficult. We, however, are here to help you out with our list of the best upcoming console games of 2014:

Yarn Yoshi is an upcoming 2.5D game, being released exclusively for the Wii U. In the same lieu as how Kirby’s Epic Yarn breathed new life to Kirby, Nintendo is attempting to bring Yoshi back to the limelight as well.

The game seems to be a visual treat with interesting “yarn” mechanics that will undoubtedly bring innovation to the generic Kirby games.

Alongside Final Fantasy XV’s announcement, Kingdom Heart III was also spoken about, and it was hard to tell which of the two-game garnished the most applause. Kingdom Hearts III is another game that is long overdue. While not much has been revealed about the title, the trailer was more than enough to make things interesting for fans.

A quick YouTube search will show you just how jubilant fans around the world became. The game is a mixture of the universes of Disney and Final Fantasy. An unlikely mash-up, but one that has proved to be highly successful.

Wacky Crossovers make an appearance every now and then, but who would have expected a merger between Dynasty Warriors and The Legend of Zelda?

While Hyrule Warriors may not be a part of the main series, it is a spin-off in the Zelda world where up to 4 friends can come together and bash on enemies, in Warriors style.

The Super Smash Bros series has been Nintendo’s flagship brawler. With a new iteration coming out in every generation since the Nintendo 64, it was no surprise that the Wii U would get one soon enough. These games are usually gems for their respective consoles, so one should always keep an eye on them.

With the introduction of characters like Mega Man, the Wii Fit Trainer, and Animal Crossing Villager, as well as game-changing tweaks, be sure to pick the game up later this year if you have a Wii U.

Who doesn’t love a nice round of Mario Kart every now and then? And each iteration has done nothing but further improve upon the formula packed with crispier graphics. We can’t wait to see what this iteration will bring.

The things we know are that anti-gravity racing will have its debut and gliders from Mario Kart 7 and motorcycles from Mario Kart Wii will make a return. Driving on walls and ceilings may sound confusing at times, but as games like Sonic: Zero Gravity has proved, it can be a great deal of fun.

The Elder Scroll series has been incredibly famous for the past 2 decades and has gotten even more of a surge in popularity due to the most recent installment, Skyrim.

This popularity will surely help Elder Scrolls: Online get started. What’s great is that this MMO game isn’t exclusive and will be coming on both the PlayStation 4 and the Xbox One, so you can be sure that there will be hundreds of gamers from both worlds to play with.

From the creators of Halo comes this highly anticipated game. While Bungie may no longer be working on Halo, their new game, Destiny, seems to have been built upon Halo’s core and then vastly improved upon.

Destiny is a multiplayer-only, 1st person shooter game that seems to incorporate the best shooting genre has to offer, wrapped in a cool sci-fi package. If you’re a fan of Bungie, Halo, or 1st person shooters, this is the game to get for your console in 2014.