Home » Gaming » FPS Evolution: Where Are We Actually Heading?

FPS Evolution: Where Are We Actually Heading? 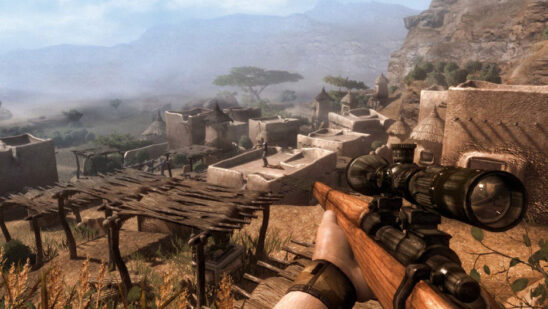 The FPS has changed of late. With the gaming industry’s move towards online play (leading World of Warcraft designer Mark Cerny to claim that “single-player gaming is dead”) shooters have had to focus less on progressively challenging difficulty curves (as other people in other places can ensure the games are always challenging) and more on graphics, optimization, and animation. So where are we going next as a result of this continuous fps evolution? As ever, the best way to chart the future is to look to the past. First Person Shooters carry their own special significance to gamers of the 80s and 90s – those who grew up with Doom and Wolfenstein, Quake, and Goldeneye. Many of them decry the direction games have taken, but others suggest that the intensive focus on visual eye candy is but one necessary stop on a grander journey. This article would tend to agree with the latter.

The Beginning of FPS

Starsiege: Tribes broke new ground with huge FPS arenas. Levels were massive and often open, which bucked the maze-like trend of providing labyrinthian jungles for players to navigate. Unreal, SiN, and Half-Life carried on this new approach to first-person shooters – big, outdoor gaming environments that allowed the player to more naturally use real objects for cover, rather than perfectly-crafted walls.

Medal of Honor turned up the heat on this new reality focus with its WW2-based shooter, and Rainbow Six brought the FPS firmly into modern warfare territory. Battlefield 1942 and Halo built on each other’s vehicle riding aspects, while Metroid Prime kept the sci-fi FPS alive.

Then came Call of Duty, earnestly pushing the modern warfare fold, Far Cry with unprecedented realism and environment scale, and Half-Life 2 merging the best aspects of RPGs with the excitement of FPS. Fear dared to mix the supernatural with the mundane, and Prey shared that same belief – that horror could be intensified by the immediacy and pace of the FPS experience.

Portal attempted to reinvent the shooter as a puzzler –succeeding only for itself, really – and Left 4 Dead brought multiplayer cooperative shooters into fashion. And here we are now: games like Call of Duty and games like Battlefield rule the FPS roost for their multiplayer offerings.

The Direction of FPS Evolution

What trends are here? There is definitely a graphical focus – but more as an evolutionary tool than a gameplay element. Beyond the point that cover-based shooters could be represented faithfully by available hardware, graphics simply became a necessary add-on to the gaming experience.

There is also a general move towards realism – away from spurious science fiction epicscapes and towards gritty, dystopian futures.

This in part is due to the rise of ‘the storyline’ as a game device. Games are expected to last longer and provide a more continually engaging experience than in the past, and strong stories are what keep players playing.

We can expect to see the RPG stay for good in first-person shooters and even the possible collapse of the two genres into one. Games like Team Fortress 2 buck the trend, sure, but even they have skills-based, achievement-led leveling systems.

We should also look at the kinds of hardware on the horizon, and the eagerness with which larger game developers are approaching development for futuristic peripherals. This includes game-changing devices like Oculus Rift and Leap Motion – a revolutionary headset and a revolutionary sensing technology respectively.

Gameplay paradigm shifts have been made possible in the past as a result of newer, more powerful hardware. The move from 2D to 3D. The move from isometric level layouts to realistic texturing.

From indoor environments to outdoor environments, and from one-shot shooters to epic storylines. And, yes, from single-player to multiplayer (particularly on account of improved global connectivity via the technology of the internet).

It would be somewhat remiss to suggest that the new hardware coming to market over the next year will not have at least a small disruptive effect on the gaming industry – and the FPS industry in particular.