12 Xbox One Exclusive Games That You Shouldn’t Miss 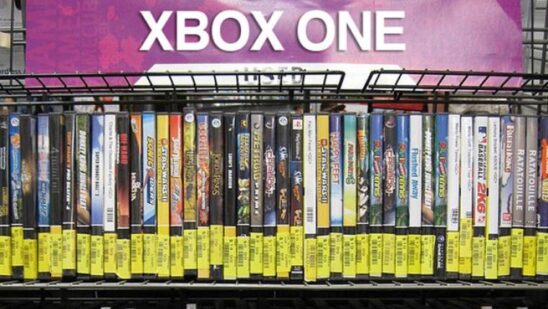 This game is designed to make full use of the Kinect motion-sensing device of the Xbox One. The new Kinect’s camera will scan you and recreate you in the game as a stylized cartoon character, and will be able to track your facial expressions. The game features many sports such as climbing, soccer, wake racing, bowling, target shooting, and tennis.

The action takes place around a bright, colorful island setting with an emphasis on building rivalries between players, even allowing players to grab each other’s legs:

This unique game by the developers of Max Payne and Alan Wake has been stated to fully utilize the Xbox One’s graphical capabilities to”push the boundaries of how people think of live-action and gaming today”.

The E3 demo didn’t show much, but the facial animation is incredibly detailed and impressive, reaching a new level of realism. What’s more, the creator of Remedy has a good reputation for telling fulfilling stories:

Crimson Dragon is going to be a rail shooter video game for the Xbox One. The game is anticipated for its spiritual connection to the Panzer Dragoon series. Although it was originally announced as a Kinect-specific game, it has now been modified to allow the traditional controller to work as well in conjunction with Kinect for enhanced immersion.

Dubbed Microsoft’s version of LittleBigPlanet, this game will be released as a free-to-play title. The game will be a unique ‘open-world digital canvas’ and the demos show players creating beautiful-looking fantasy worlds in just a few seconds using Kinect voice commands.

Players will have the freedom to decide what to do and how to play, some demo’s being shown were side-scrolling platformers, arcade shooters, tower defense strategy games, and the like. Powered by Xbox’s powerful engine, its success will highly depend on the free-to-play community:

Sunset Overdrive gained a lot of praise when its colorful and full-of-life demos were shown and many viewers hoped the actual gameplay and the art style remains the same throughout the game.

This open-world free-running shooter looks like a fantastic combination of Mirror’s Edge and Jet Set Radio. Getting the creative minds who created The Ratchet & Clank Series and Resistance to work on an Xbox-exclusive title was surely a wise decision by Microsoft:

D4 will be an episodic video game that has players be private investigator whose wife has been murdered and the traumatic events surrounding the death have left the character unable to remember the memories but have allowed him to travel through time to experience them instead.

D4 will utilize Kinect controls to uncover various mysteries and progress the game:

Forza Motorsport 5 has a lot of expectations to be fulfilled, and so far it’s fulfilling them. The game is stunningly beautiful with every bit of the game being meticulously created to ensure perfection.

That’s not all, the game will also be using Xbox’s online integration abilities by giving each player a custom ‘Driveatar’ that can be raced against by people around the world, even when you’re offline:

Rare has done a marvelous job reviving a classic series for good measure. Killer Instinct‘s zombie-like comeback includes with it the unique powers of the Xbox One, mainly demonstrating its video recording, editing, and sharing features. Microsoft also confirmed it would release the game alongside a custom fighting stick.

However, Killer Instinct being strictly a fighting game will have a hard time competing against other IPs such as Street Fighter and BlazBlue:

Undoubtedly the most anticipated Xbox One game, the next-gen Halo is there to serve its true purpose, to remind all doubters that there are incredible things lying ahead for the Xbox One. Although not much detail has been provided for it, Halo (2014) has already become iconic and its flagship legacy seems to continue.

The E3 trailer alone posed so many intriguing questions that players will have no choice but to wait in order to find out where exactly the Microsoft mascot Master Chief ended up. Being a flagship series, the game will undoubtedly push the Xbox One’s capabilities far beyond what is possible at the moment:

Being one of the most highly anticipated games, Titanfall has taken the world by storm and has been called the “CoD killer”. The game is essentially an upgrade from the classic FPS formula by introducing Mecha robots into the battlefield and giving certain characters superhuman parkour abilities in order to level out the playing field.

The game makes good use of the Xbox One’s capabilities by running at 60 fps and essentially being “online-only” to ensure great multiplayer gameplay:

With a disappointingly drab and brown art style, Dead Rising 3 has departed from the precious style of the series but has added many new improvements to the next-gen boot. There is a new type of time limit, the ability to stick items together to create monstrous weapons such as a circular saw/sledgehammer combo, and of course, massive crowds of zombies to slaughter and torment.

Using the Xbox One’s power, the game has the biggest world, most populous zombie crowds, and greatest visual effects that this series has ever seen:

After being shown at E3 2013, Crytek’s Ryse: Son of Rome has received an awful lot of praise. CryEngine has made this game quite a spectacular one, with smoke and particle effects that ensure realism in all the explosions, skirmishes, crumbling castles, and screams of agony.

Be aware, this game has blood, lots and lots of blood. It’s a true feast for Gladiator fans. Take a look at this gorgeous gameplay video shown at Gamescom:

What Xbox One exclusive titles are you planning to get your hands on from our list? Share with us your thoughts in the comments section below!