Human civilization has progressed a great deal in all scientific fields during its journey from the Stone Age to the scientific era. However, with all its achievements, mankind is far from infallible. Dams are created by highly talented engineers with claims that these buildings are built to stay for centuries to come. However, time and again dams have collapsed and some of them have resulted in major disasters. Here is a list of 15 of the world’s worst dam disasters ever: 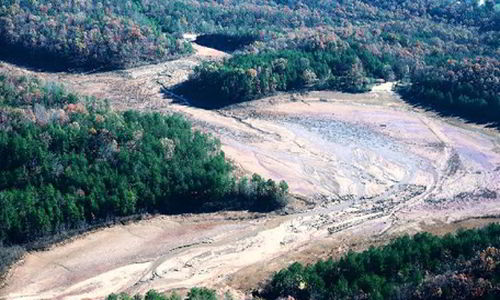 Kelly Barnes dam was located in Stephens County, Georgia. It was specifically designed to serve as a reservoir for the production of hydroelectricity. The dam was modified many times based upon the requirements but was never declared to be in the safest possible state. On November 6, 1977, after a series of heavy rain and floods, the dam failed.

The walls were believed to be strong but the rain severely affected them and so about 777,090 m3 of water was released which traveled several miles and caused immense structural damage. 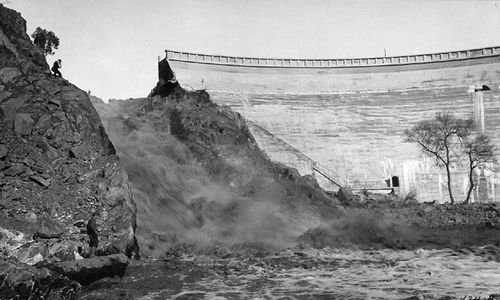 The Lower Otay Dam constructed on Otay River is situated in San Diego County, California, United States. Its purpose was to serve as a large water reservoir.

In January 1916, after a heavy rain spell hit on the southern region of California, the dam topped up and started releasing water. Unfortunately, no proper rescue measures were taken and the reservoir emptied causing great damage in the nearby areas. 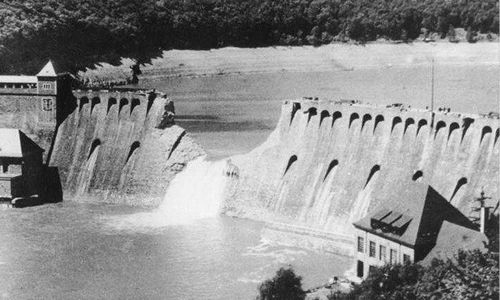 The Edersee dam was built over the Eder River in northern Hesse, Germany. The dam was completed in 1914 with the purpose of satisfying the electrical power needs of the area.

The dam was running fine until May 17, 1943, when it got bombed by the British Lancaster bombers because of World War II. The bombs completely destructed the dam structure and within minutes the whole reservoir turned empty. The water that flew the nearby areas caused major structural damage. 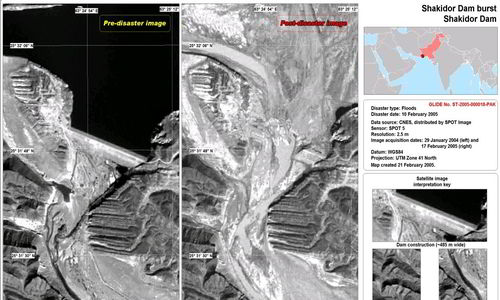 Due to excessive rainfall and floods in February 2005 in the region, the dam collapsed and released a massive amount of water, and carried away a large number of nearby areas straight into the Arabian Sea. 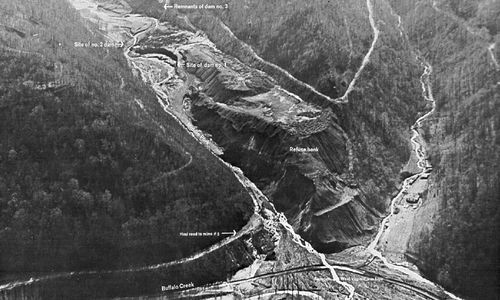 In 1972, Pittston Coal Company built a small dam for the storage of the coal slurry impoundment. It was located on a hillside in Logan Country, West Virginia, USA. The constructors defined the state of the dam to be satisfactory and it was believed to be completely fit for storing a large amount of coal waste.

On February 26, 1972, the dam collapsed unexpectedly and a total of 500,000 m3 of coal slurry completely destroyed the surroundings. All the 16 coal mining hamlets in Buffalo Creek Hollow were affected by the 30 ft. high waves of black wastewater. 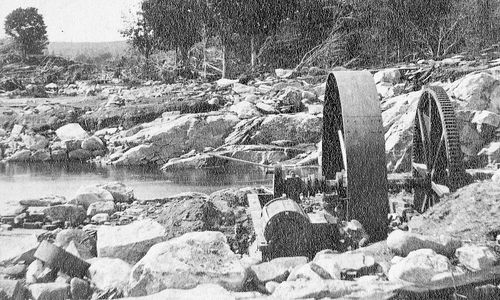 Mill River dam was built on the Mill River in Williamsburg, Massachusetts, United States. The constructing party of the dam went through severe challenges to construct the dam. A lot of major changes to be made in the design of the dam were denied because of improper funding and hence the dam was believed by the engineers not to stand for long. No action was taken, however.

In May 1874, while the water reservoir was full, the dam failed and 600 million gallons of water were released instantaneously which completely destroyed four nearby towns. 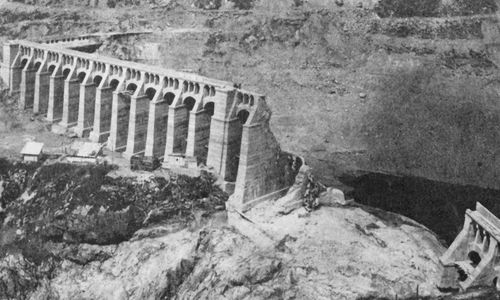 The Gleno dam was situated in the Valle di Scalve in the Northern Province of Bergamo, Italy. The dam was initially planned to be a gravity dam but later, due to financial issues, it was made as a multiple-arch dam. Due to the poor construction methodologies, the arches were fairly weaker than how they should’ve been.

The foundations of the dam were also believed to be made of the same weak material but nothing was done to make it stronger.

On December 1, 1923, the dam cracked spilling over 4.5 million m3 of water in the surrounding areas which were completely eradicated from the map, all because of poor judgment and lack of proper funds. 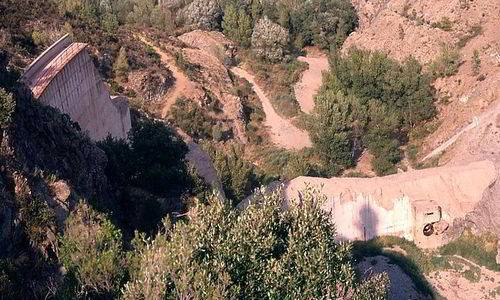 The Malpasset Dam was built on the Reyran River located on the French Riviera in the southern portion of France. In 1959, some cracking noises were heard near the dam wall but due to the technical inability, they couldn’t be properly analyzed.

On December 2, 1959, the dam was breached and the entire wall collapsed into pieces. Waves of over 40 meters started flowing across the nearby areas causing heavy fatalities and structural damage. 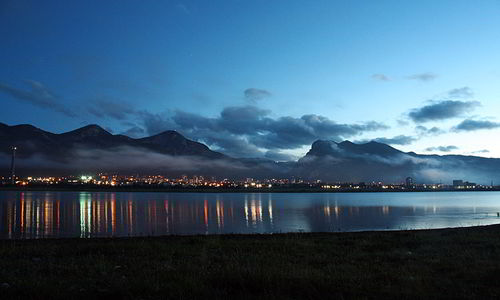 The Mina Plakalnitsa Dam was situated in Vratsa, Bulgaria. The purpose of its make was to control floods and to produce electric power.

In 1966, due to unexplained reasons, the dam collapsed releasing about 450000 m3 of a mixture of water and mud into the nearby village of Zgorigrad. The water speed and height were enough to completely eradicate a major portion of the village. The death toll as reported by the local news agency was 107 but unofficial estimates put it over 500. 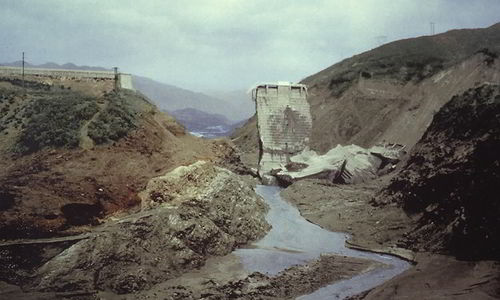 St. Francis Dam was built in 1926. It was located in the San Francisquito Canyon. Due to the geological instability of the canyon walls, cracks started appearing in the walls of the dam. They were surely taken care of but not completely as most of the damages were considered to be ‘normal’ by the engineers and they didn’t decide to give time to that.

However, on March 12, 1928, the walls of the dam couldn’t hold the water and it collapsed and over 47 billion liters of water started flowing down the canyon. Waves of about 43 meters in height started moving towards the nearby areas and caused great damage. 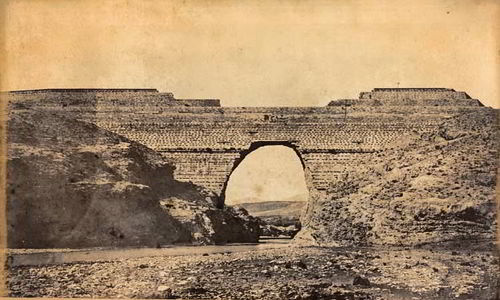 The Pantano de Puentes dam (meaning Bridges of Marsh) is situated in Lorca Spain. Little is known about the history and construction of this dam. In 1802, due to heavy rain in the area, the dam’s water level began to rise. Although emergency measures were taken, there seems to be no way how this rain and the flood could have been controlled.

The dam failed and released a considerable amount of water which swiftly spread in the nearby areas causing the destruction of over 1800 houses and 40,000 trees. 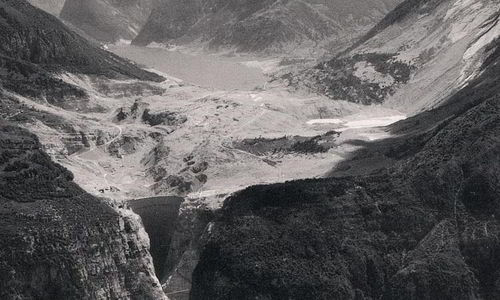 The Vajont dam, situated in the valley of the Vajont River is among the tallest dams in the world. The dam is though not used but still stands in its perfect form as it never structurally collapsed. The area was often hit by minor earthquakes but it never affected the dam. In October 1963, while the reservoir was being filled with water, an earthquake hit the area and a landslide of about 260 million m3 collapsed into the reservoir.

In just 45 seconds, the whole of the area was immersed into the water, and about 50 million m3 of water was released from the dam in form of a 250 meters high wave which completely annihilated the nearby villages. 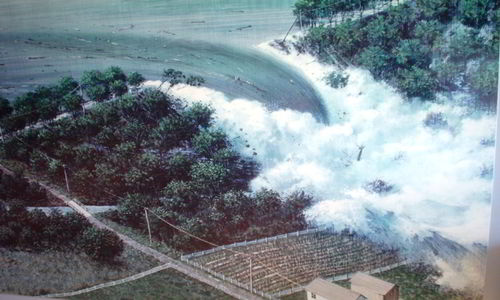 South Fork Dam is situated near South Fork, Pennsylvania United States. The dam’s water was often reported to be leaking at certain portions however to solve the issue, all the engineers did, was fill up the cracked patches with mud and straw. This served the purpose for that time but was definitely not a permanent solution.

However, immense rainfall in May 1889, caused the bases of the dam to weaken. Moreover, the dam was not designed to hold this much water that the rain was adding. So the dam collapsed and over 20 million tons of water was released on May 21, 1889, and it ran several miles downstream. The total damage was estimated to be around $17 million. 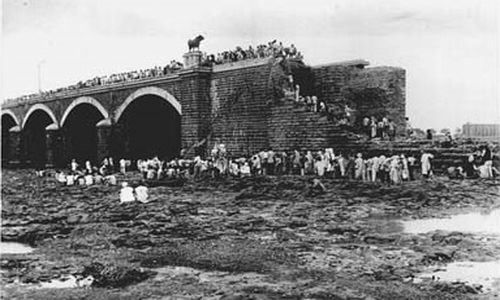 The Machchhu-2 dam was situated on the Machhu river burst. It was located near the small town Morvi in the Rajkot district of Gujarat, India. In August 1979, due to excessive rain and massive flooding, the walls of the dam started to weaken. Due to no appropriate emergency measures, this issue was certainly something no one could control.

Within twenty minutes of the flood, waves of about 10 meters in height started flowing over the nearby areas. In mere minutes, the whole town was gone. This disaster is also known as the Morvi Dam Failure. 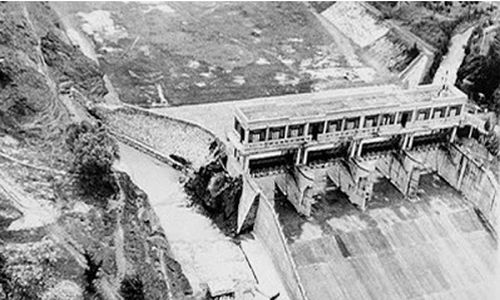 Soon after the completion of the dam in 1952, cracks started appearing in the sluice gates. The issue was handled on a serious basis under the supervision of Soviet civil engineers and the gates were soon repaired. They used to call the dam ‘Iron Dam’ as it was believed to never take any damage in the future.

In August 1975, after the collision of the Super Typhoon Nina and a cold front, more than a year’s rain fell within 24 hours. The water level in the dam began to rise, and the sediment sluice gates were unable to handle all the water pressure which made the gates collapse instantaneously. As a result, a total of 1.7 billion m3 of water was released in total at an average velocity of 31 mph which even devastated the land situated thousands of square kilometers away from it.

Disasters are always caused by a chain of mistakes and unfortunate events and the same is true if we analyze the history of dam failures. With the advancement of technology and with the advent of new precautionary measures, dam failures will minimize with time and hopefully, many possible worst dam disasters can be avoided. Did we miss any notable dam-related tragedy in our list of the worst dam disasters of all time? Let us know in the comments below!