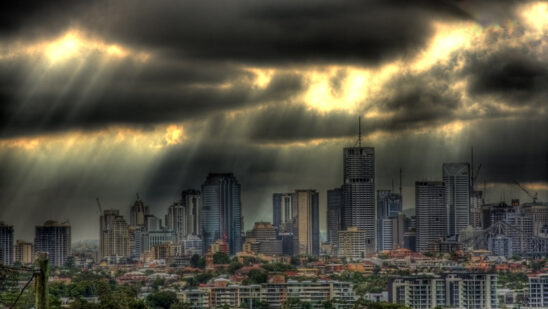 Modern cities today are extremely vulnerable to future disasters. However, they have so many systems to address regular daily needs, most residents end up having a false sense of security living in these urban, dense areas. Here are 5 major future disasters to happen in modern cities sooner than later:

Many cities still rely on old, lead pipe plumbing that has been in existence since the 1940s or earlier. These old plumbing networks have been transferring municipal water and waste for decades, many clogging up or failing over time in slow degradation. Because the cost of performing a full-scale replacement is too expensive for many city councils, the standard approach tends to be waiting until a particular pipe area breaks and then doing the repairs.

It is a well-known axiom among public safety officials and survivalists that during a disaster being in a modern city is the worst place to be. Because of the extreme numbers of population in modern cities today, local law enforcement can be quickly overwhelmed. There have already been repeating instances where normal order has been significantly disrupted by an unrelated cause and the subsequent panic for food, medicine, and water devolves into riots and public mayhem.

Police have been essentially useless. In some cases officers outright abandoned their roles entirely, leaving entire neighborhoods in the hands of roving gangs. The Los Angeles Rodney King riots in the early 1990s, as well as riots in New Orleans after the Katrina hurricane, were both vivid examples.

An extreme amount of life today is hooked up to a plug and the electrical grid. When the grid goes down, entire cities can be shut down. If the situation were to continue for longer than 72 hours, people would likely begin to panic looking for food, water, and heating or cooling, depending on the time of year. Because of this fact, many electrical grids are built with overrides and duplicate conduits to get power back up quickly.

However, a cascading failure can blackout an entire area for a long period of time. In 2009 a blackout in Brazil cut off power to five major cities. The loss only lasted approximately six hours, but during that time hundreds of car accidents occurred and people who depended on public transportation were stranded.

Many urban citizens have been immunized for common ailments and viruses. However, the introduction of a new virus or disease would spread quickly and exponentially without any recourse. Modern travel has linked cities worldwide, spreading disease within hours when a century ago it might have taken years. Once an epidemic takes hold, it can take weeks for scientists to determine what it is and develop an anti-virus.

With so many people in close proximity to each other, cities represent holding pens for potentially hundreds of thousands of deaths during a virulent epidemic or disease outbreak.

Most modern cities on a coastline are essentially built right up to the waterline that currently exists. In some cases, the cities in the last four decades have used landfills to build out into the water, building structures and living areas that measure maybe one to five feet above the tidal water line. If the world’s seawater rises even a foot or two with global warming, the implications can be huge for thousands of harbor towns and cities worldwide.

The rising ocean level, fluctuating with tidal action, can create damaging wave flow that would easily flood many cities and their districts close to the water.

Residents during most social or weather disasters in a city are probably best served by just staying inside and safe. However, a disease is an extreme risk that can spread quickly among people, so always having an escape plan even when travel routes are congested is key to survival during future disasters.