The year was 1934 when pulp magazine writer and entrepreneur Malcolm Wheeler-Nicholson founded the company National Allied Publications with the aim of bringing a revolution in their field. Nearly 80 years later, that company, now known as DC Comics, Inc. has become one of the most successful companies ever to create and recreate many recognizable and cherished superheroes and comic characters in the world. The fan following is very well aware of the good and the bad of the company but the same cannot be said about the ugly. From the Man of Steel to the Dark Knight, let’s uncover ten of the most insane and rare facts about DC Comics: 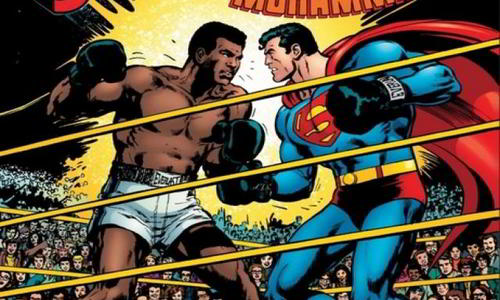 Muhammad Ali has never failed in shocking the world when it comes to showing his cunningness and ferocity in a boxing match. In one of the adventures of Superman, the man who put the sport on the map challenged the Man of Steel in a regular boxing match. Apparently, the title of Sportsman of the Century was not enough for Muhammad Ali.

The match being witnessed by countless real and fictional iconic figures in the audience such as the Beatles and Justice League – surely tested the hero’s limits as it was a matter of pride. In reality, the match was a part of Superman’s plan to save the planet from an alien species. As far as the bout was concerned, Ali won by knock-out; winning the title of Earth’s Champion. 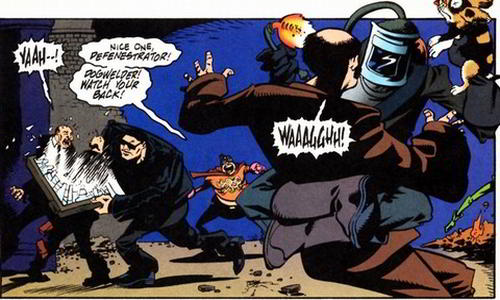 Dog Welder had many characteristics and the potential to be a revered superhero. He was mysterious since he always donned a mask. To add spice to the mystery, he never spoke.

Unfortunately, his strength as the name suggests was to weld dead dogs to his adversaries’ faces. Due to the highly contemptible and questionable methods expressed by the so-called superhero, DC Comics crapped their creation. 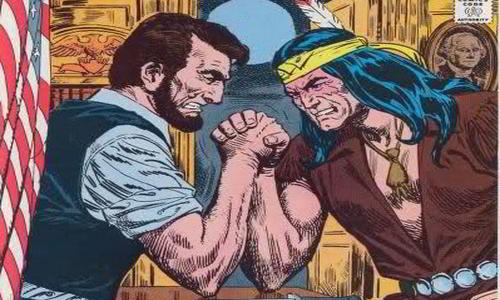 Alongside Jonah Hex, Brian Savage aka Scalphunter is one of the most popular Wild West Heroes of the DC Comics Universe. In one of Brian’s misadventures, he battles none other than the 16th President of the United States of America. Two men from entirely different backgrounds engage in a showdown that ends in the twilight of treachery.

Both men strongly tested each other’s might and limits as the battle put their pride and honor on the line. After being covered in sweat and many stares down, both men stopped and earned each other’s respect. DC Comics insisted that both men stood victorious.

7. Flash and Superman Raced Each Other 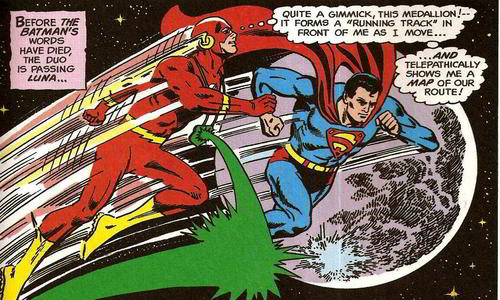 Clark Kent might be the man of steel but Flash is the fastest man alive. Unlike Superman, the latter can travel through time and enter other dimensions because the unique character is faster than the speed of light. Apart from the question of who is stronger? Hulk or Thing? another query that has much enthralled the comic book geeks is who is faster? Superman or Flash?

The two members of the Justice League definitely see eye-to-eye when it comes to battling crime but when it comes to speed and agility, it’s a matter of ego. The two superheroes have engaged in a race numerous times and mostly, the competitions ended in a tie.

6. Superman and Big Barda Made an Adult Tape 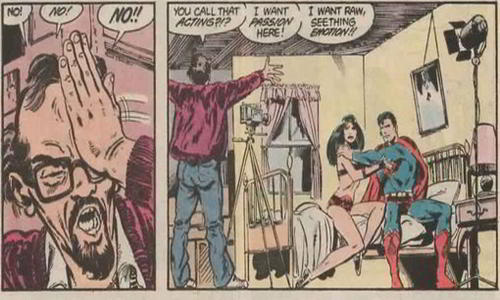 During the critical storyline, Darkseid proves his disregard for morality when he personally shows the sex tape, to none other than Mr. Miracle in an attempt to turn the superhero against the man he considered not only his partner but also his close friend. 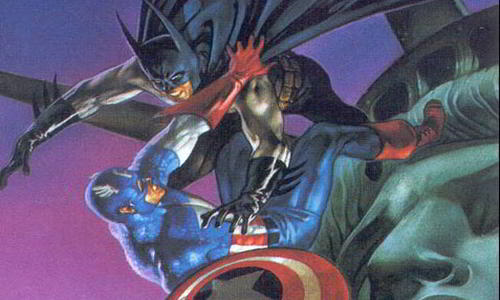 This series was one of the most unique and mind-blowing issues of its time. Comic books were the next big thing in America and the two companies decided to give their fans something more than they can chew: a crossover. The series featured eleven one-on-one battles; five of them pre-decided on the basis of the fan vote.

As a result, Marvel Comics got the upper hand. The thrilling series showcased the feistiest outcomes such as Batman defeating Captain America, Wolverine defeating Lobo, etc. 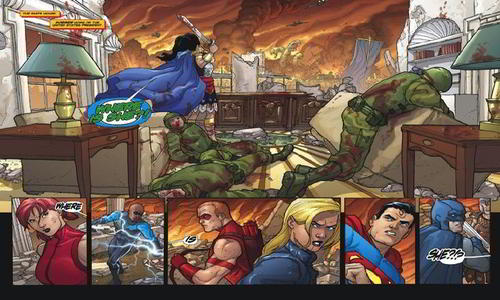 After Princess Diana aka Wonder Woman struggles with illegal detention under the orders of the American Government, the Amazons invade the nation’s capital, ensuring a killing spree and a bloodthirsty battle. The series was heavily criticized due to the abundant amount of violence, and gore and mainly because of ignoring the title character herself as Wonder Woman only appears on a few pages.

3. The Joker Was Killed Off in His Second Appearance 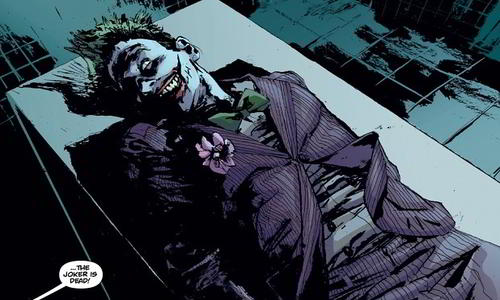 A shocker indeed! Despite the fact that the Clown Prince of Crime is as much of a big deal to DC Comics as the Dark Knight himself, it is a fact that the former was killed off by the writers in his second appearance. Due to the character’s uniquely unpredictable nature and psychopathic thirst for mass murder, the Joker received an abundant amount of positive feedback from the fans.

Convinced that the Joker should be a vital part of the Batman universe, the character was brought back into the storyline to continue his killing spree. The Joker has been responsible for many tragedies in the Caped Crusader’s life such as killing Jason Todd (the second Robin), paralyzing Barbara Gordon (the second Batgirl), etc. Admittedly, Bruce Wayne is no Batman without the Joker. 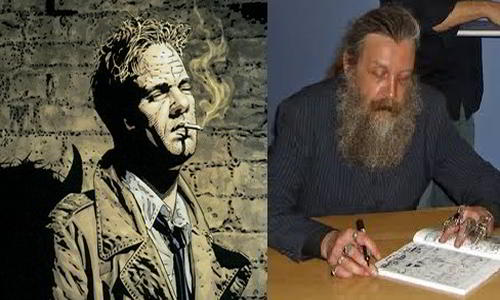 As the protagonist of the DC Comics Hellblazer series, the chain-smoking exorcist and occasional con artist residing in London have proved to be the most bizarre and bewildering antihero of all time. Created by English writer Alan Moore in 1985, the character quickly became one of the most prominent figures of DC Comics. Moore who credits singer-songwriter Sting as the inspiration for the character’s appearance confessed to Wizard Magazine in 1993 that he met his very own creation in real life. The writer narrates:

One day, I was in Westminster in London this was after we had introduced the character and I was sitting in a sandwich bar. All of a sudden, up the stairs came John Constantine. He was wearing the trench coat, a short cut he looked, he didn’t even look exactly like Sting. He looked exactly like John Constantine. He looked at me, stared me straight in the eyes, smiled, nodded almost conspiratorially, and then just walked off around the corner to the other part of the snack bar. I sat there and thought, should I go around that corner and see if he is really there, or should I just eat my sandwich and leave? I opted for the latter; I thought it was the safest. I’m not making any claims to anything. I’m just saying that it happened. Strange little story. 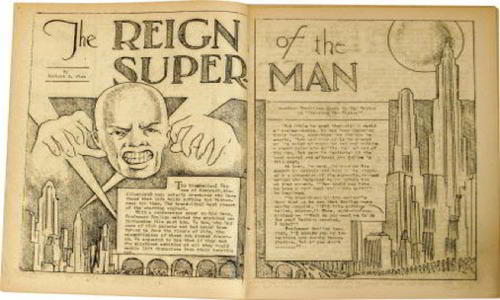 Undisputedly, the last son of Krypton is the first crime fighter that comes into anyone’s mind who hears the word superhero. The character has become a household name and is without a shadow of a doubt, the most celebrated and decorated comic book character of all time.

Shown as a tall, strong, remarkably handsome, and black silky-haired alien; the character was originally not even close to what he was originally in appearance. Creators Jerry Siegel and Joe Shuster originally conceived the Man of Steel as a short, bald scientist suffering from the psycho-pathological disorder known as Megalomania. Pretty much a look-alike of Professor Charles Francis Xavier aka Professor X, the original Clark Kent was also telepathic.

Down on their luck, it took the creators six long years to finally get a publisher for their creation. Fortunately, the appearance of the then-hopeless character steadily changed with the passage of time and he became the beloved man in tights the world now identifies as Superman. Turns out that Lex Luthor happens to be the original Man of Steel.

Share with us some cool facts about DC Comics that come into your mind in the comment section below!