Home » Random » The Story of Coffee

The Story Of Coffee 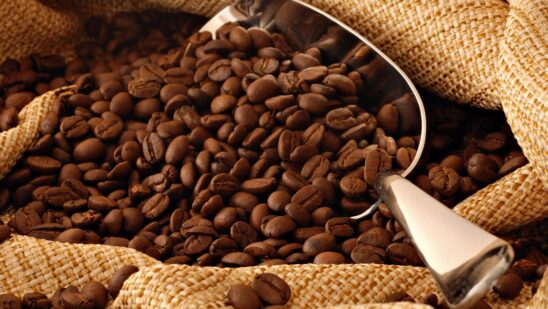 Coffee has been a major fabric of almost every society for hundreds of years. While the true story of coffee origins is nearly impossible to know, popular legend puts its discovery as far back as the 9th century. The legend indicates that goat herders from the highlands of Ethiopia discovered the energetic effects of coffee beans when their goats ate the coffee berries and began ‘dancing’. From this initial discovery coffee soon found itself traveling the globe. First to Egypt and Yemen and then to the rest of the known world.

The Story of Omar

While the first report of coffee comes from the 9th-century legend, it should be noted that coffee was not consumed the way we consume it now. What many people do not realize is that coffee ‘beans’ are not beans at all! They are the seed of a fruit. All the great coffee roasters know this. The early reports of coffee, including the legend of the Ethiopian goats, indicate that the coffee fruit was consumed as food. One of the first accounts of how coffee came to be known as a drink is from a story told by a miracle worker by the name of Omar. The story of Omar, as told in ancient literature, is that he was banished to the wilderness.

While in the wild he was hungry and stumbled upon a coffee berry tree. He ate its fruit but found it to be bitter to the taste. To try to improve the berry Omar tried many things; finally, he tried boiling the ‘beans’ and it created a brown liquid. After drinking the liquid Omar was revitalized! He sent word of this miracle drink back to civilization and was welcomed back and made a saint.

The stories of coffee origins are very important to the Islamic faith. Early coffee consumption was primarily done in Islamic regions and the practice of drinking coffee was very closely related to their faith. In fact, in many places, they used coffee for religious ceremonies when wine was forbidden.

The first known mention of coffee by a European is noted in writing by a German by the name of Leonhard Rauwolf in 1573. In 1654 the famous English coffee house by name of Queen’s Lane Coffee House was opened. This coffee house remains open to this day. In just a few short years there were thousands of coffee houses throughout England and many, many more throughout Europe. Coffee had officially infiltrated the western world.

Once coffee became a household name in the western world, it was quickly seized by astute businessmen for its money-making potential. This led to the Arabians’ attempts to stifle others from competing with them on their cash crop. They were known for intentionally boiling coffee beans to make them infertile. While this created a unique challenge, it did not stop those who were intent on making money from this cultural phenomenon.

By the mid-1700s the Dutch had perfected their own coffee-growing technique and had the first known coffee plantation that was outside the middle east. Of course, as coffee traveled to the ‘new world’ and to tropical regions, they soon found that these fertile and tropical climates were ideal for coffee growing.