Home » Random » The Origin of Horoscopes

The Origin Of Horoscopes 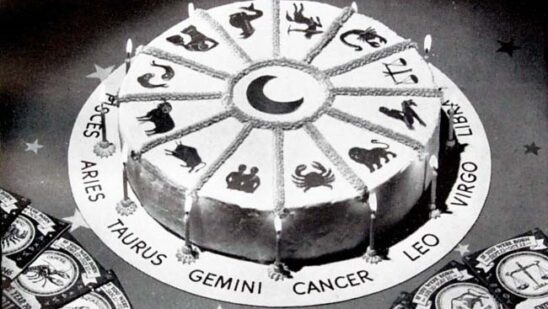 People have been looking to the stars to help them survive for thousands of years. Ancient tribes used the stars to predict the weather, and help them decide when it was time to plant their crops. Other civilizations prayed to the sun, moon, and stars as gods, believing they had influence over their lives, while nomadic tribes used the stars to decide when they should change location. Evidence has been found in the form of markings on caves dating back 25,000 years ago showing that humans were trying to decipher the moon’s influence on the tides. There is also evidence suggesting that the Sumerian ruler Gudea of Lagash used constellations to decide when would be the most favorable time to build an ambitious new temple. This is astrology in its earliest form, showing that early people recognized the connection between the stars and events that happened in their own lives. The first recognized use of astrology as a body of organized logic can be traced back to the Chaldeans who lived in Babylon in 3000 BC. Let’s take a deep look at the origin of horoscopes.

Astrology continued to be practiced throughout the world, from India, China, Europe, and the Middle East. Each region influenced the other in its development of astrology while developing its own astrological beliefs and traditions (the Chinese, for instance, have their own horoscopes, which are based on animals).

Horoscopes are a form of astrology, which works on the basis that it is possible to predict what will happen in a person’s life by looking at the position of the sun, moon, and constellations at the time of their birth.

Horoscopes were used for the first time thousands of years ago in Egypt. When Alexander the Great invaded it in 332 BC, Egypt fell under Greek rule, and it was here that horoscopic astrology was born. The word ‘horoscope’ actually comes from the Greek word ‘horoskopos’ which means ‘a look at the hours’. The ancient Greeks were the first people to make a connection between the stars and planets at the time of someone’s birth, to their personality and what kind of future they would have.

They believed that the course of everyone’s life was already determined when they were born and that you could see what would happen to them, and what their personality would be like, by reading the stars at the exact time of their birth.

Ancient Greek astrologers realized there were twelve lunar cycles and corresponding constellations. This formed the basis for the signs of the zodiac that we use today. The Zodiac is the ring of constellations, from the viewpoint of the earth, around which the sun seems to pass annually. The year is divided into twelve segments, each one named after whichever constellation is present during that month.

Each zodiac sign has good and bad qualities, which manifest themselves in each person born under its sign. Studying the planets at the exact time of a person’s birth can customize horoscope readings, or they can be more generally read by looking at which star sign a person falls under. Individual astrologers can interpret star signs differently, which is why horoscope readings in different publications often differ.

The Fall and Rise

Astrology and horoscopes became unpopular during the Middle Ages, as they were viewed by Christian theology as ungodly. A Christian astrologer named William Lily came along, however, and coined the phrase ‘Christian astrology’.

This made astrology and horoscopes more acceptable to the people of the Middle Ages, and remains so to this day, with many people using horoscopes to help them make important decisions in their lives.

“Astrology is not for millionaires, but for billionaires”.