Home » Interesting » 10 Photos You Won’t Believe Are Not Photoshopped

10 Photos You Won’t Believe Are Not Photoshopped 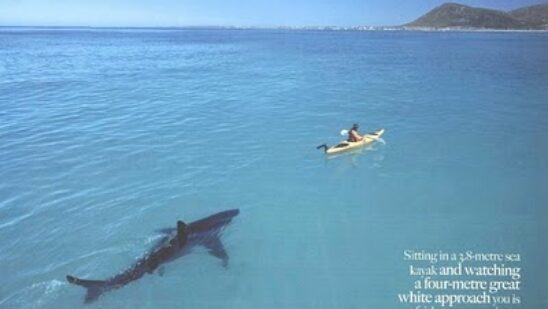 It’s hard to be amazed by anything you see online when you know any computer geek with a computer and a pirated copy of Photoshop can cobble together a fake photograph in minutes. Unfortunately, this means there’s a whole bunch of jaw-dropping pics that the internet declared “fake!” the moment they appeared. But as it turns out, some of the most baffling of them are, in fact, real. Here are the top 10 photos you won’t believe are not Photoshopped: 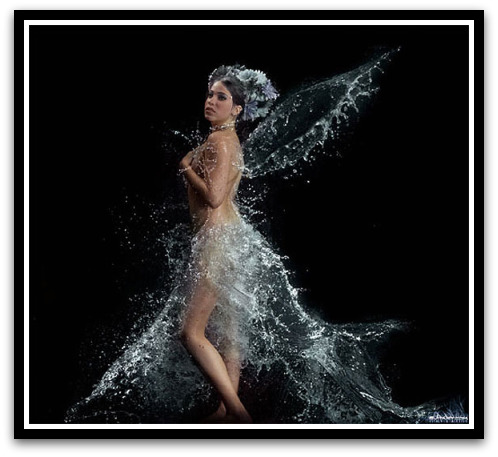 This is more of a slow-motion photo, taken as a bucket of water is splashed on the girl. 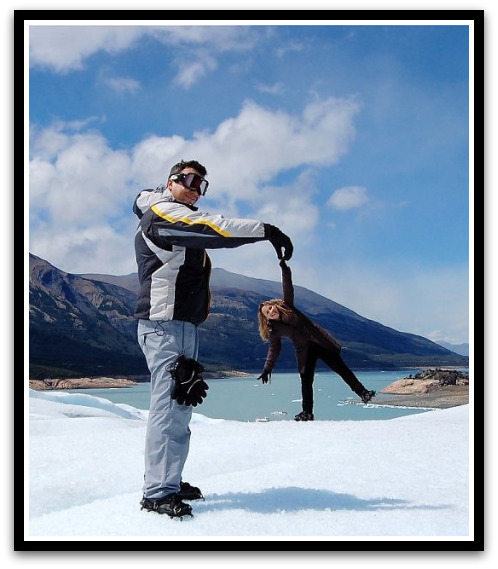 Standing a short distance in front of the girl makes this man look like he’s holding her up like a little doll. 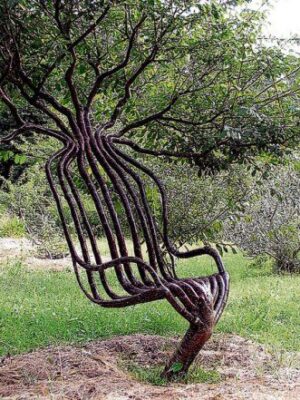 These laughably fake-looking tree men are in fact made using a technique called tree shaping. The trees are bound and grafted as they grow, forming them into all kinds of ridiculous shapes.

If you’re curious about what a typical day looks like for the guy behind these painstaking sculptures, the answer is: exactly what you think. 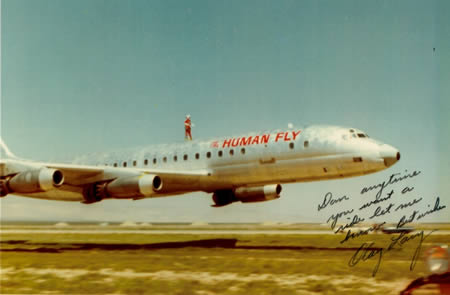 The Human Fly, a daredevil/stunt performer named Rick Rojatt, lives out the Marvel Comics character on the back of a DC-8 cruising low at 250 knots, flown by Clay Lacy at the Mojave California 1000 air races. 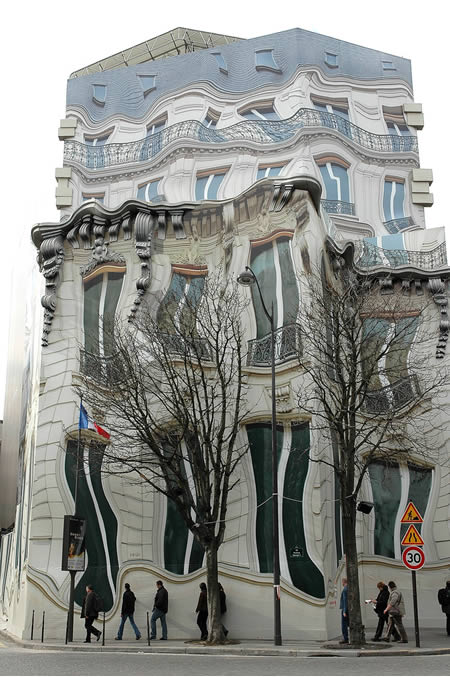 This definitely looks photoshopped but actually it’s a life-size photographic work based on the original building in Paris, printed on canvas, and enhanced with bas-relief. It shelters the renovation of a Haussmannian building during the year 2007.

The project is named”39GeorgeV” – an urban surrealism manifesto. 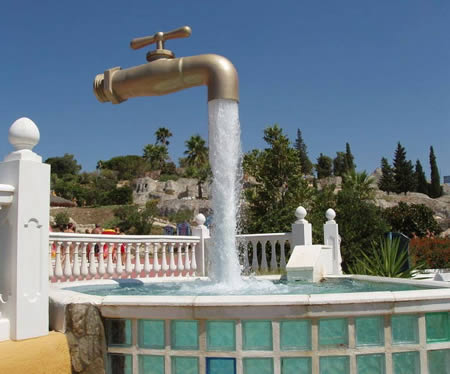 It looks Photoshopped, but this Magic Tap fountain actually has a pipe hidden in the stream of water. Located in Aqualand, Spain. 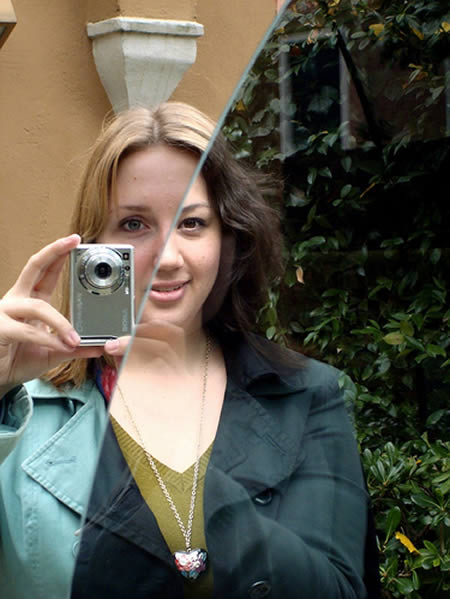 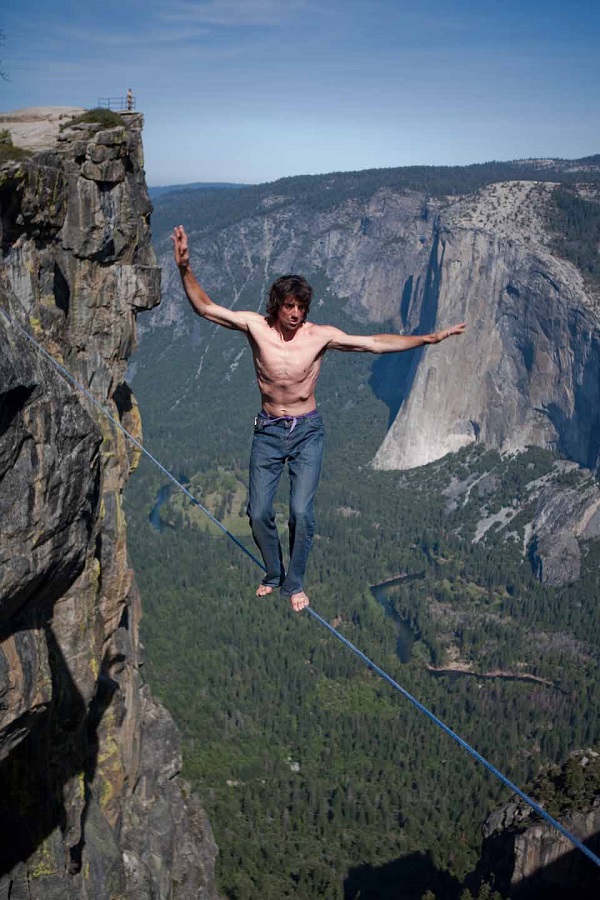 “it was a beautiful day in Yosemite. Dean had a high line set up there that he measured as somewhere between 99 to 100 feet. He had walked the line leashed a few times when I saw him untying from the tether. I figured he was just taking a break. Instead, he stepped up to the line and started walking it with confidence and determination. It’s hard to imagine what it must feel like walking across a rope with over a thousand feet of air below, but it was obvious to me that Dean was exactly where he was supposed to be…” 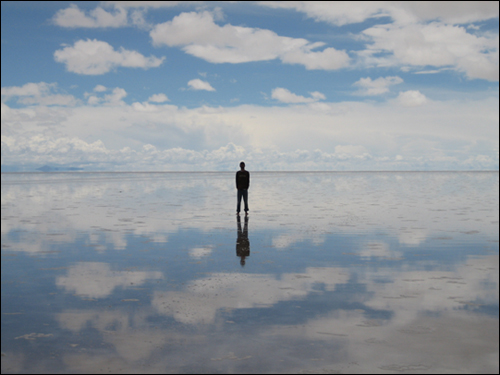 What appears to be the background for a cheesy 80s album cover is actually an untouched photo from Salar de Uyuni in Bolivia, the largest salt flat in the world. It frequently floods with a shallow layer of water, allowing that dude to pull off Jesus’ move in the picture.

Apparently, it’s a popular tourist site for its natural beauty, leading to the construction of a salt hotel, which we suppose makes it the worst vacation destination in the world if you’re a slug. 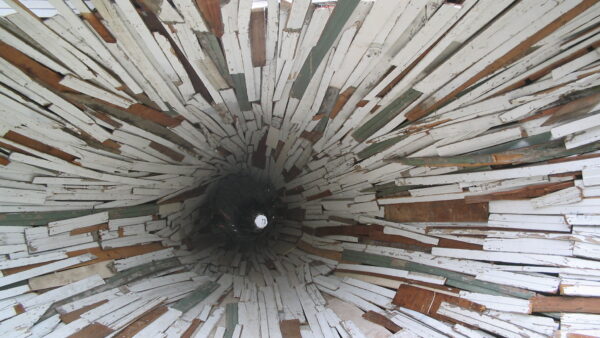 At first sight, this appears to be a black hole. But then you notice that the kid who is right next to the black hole isn’t disintegrating into millions of pieces, or even looking up from his cell phone. So it must be photoshopped, right? Wrong again.

The Inversion House is an art project that answers the pressing question: what would your neighbor’s place look like if it was sucked through a straw in the Looney Tunes universe? The answer is pretty cool, though apparently not nearly as cool as whatever 13-year-olds are texting each other these days.

What are your favorite photos that are hard to believe are not Photoshopped? Share with us in the comments below!