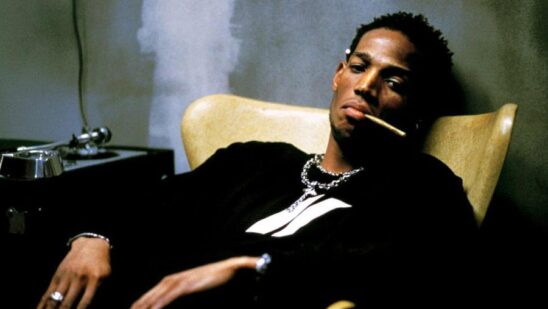 Whether you are watching movies about drug addiction for a class assignment, to encourage yourself never to use again, to understand what a loved one may be going through, or because you are a treatment professional, there are some excellent films about drug addiction that stand as a permanent reminder of the harrowing results of ongoing drug use and abuse. Movies like “Requiem for a Dream” detail the often much lengthier, grittier, and more sordid process of how that addiction gets started and maintained. Listed below are five movies with some best portrayals of drug addiction and carry really important messages:

With Thirteen, peer pressure amongst tweens looking for excitement is the topic at hand. The film portrays an innocent as she falls from grace with the help of a rather too-adventurous peer. The film at first focuses on simply drug use but then shows how other self-abusive behaviors such as sexual contact, self-harm, and self-disgust come into play.

There are many important messages in Thirteen, including the impact drug use has on family members, the importance of a strong support system in extricating a person caught in the haze of drug abuse, and the beginnings of the reconciliation with self and others that form the foundation of lasting recovery and sobriety.

Focusing on drug addiction in the younger set, The Basketball Diaries has mega-star Leonardo DiCaprio portraying a promising young basketball prodigy who descends into the seamy underground of the city’s addicted population.

The Basketball Diaries scores top marks not just for the accurate portrayal of how drug addiction can unfold and progress, but also for showcasing how speedily it can take root. While it is disturbing to watch the actions an addict is willing to take to score a hit, this film is true to life and will not soon be forgotten.

As a film, Traffic takes a big-picture perspective in examining drugs from a wide variety of angles, with a compassion that is rarely on such public display in a film that focuses on addicts and the crazy lives they often lead. The message of Traffic is clear throughout, whether the film is focusing on where drugs originate, where they end up, or how they affect life in the home, workplace, and school.

The film states that no one is immune from the danger of addiction and that there is big money riding on the perpetuation of the drug industry and the maintenance of users’ addictions. Traffic can provide a very helpful reality check for addicts who are fresh out of rehab and may all too easily forget the bad people who are making sure the drugs they crave are always readily available.

In 28 Days, Sandra Bullock plays ‘Gwen Cummings’, a gifted writer who grows up to be an alcoholic and drug user – just like her mother before her. Her older sister, Lily (Elizabeth Perkins), is at her wit’s end, and her boyfriend is just as bad off as she is. This movie showcases how important changing your whole life is in order to maintain sobriety.

The full message probably won’t hit home until you watch it after going through rehab and realize how courageous Gwen really is for choosing to change her life for good. A particularly moving scene puts Gwen and one of her rehab buddies in a chance post-rehab meeting in a flower shop – this poignant scene will have you both laughing and crying.

1. Requiem for a Dream

Requiem for a Dream is widely considered a cult classic in the genre of addiction-focused movies. In this film, we see four bright, talented, promising individuals systematically give away their dreams, their minds, and ultimately their lives to the dark underworld of addiction.

Requiem for a Dream is a stark reminder of what can happen when an addict enters the recovery process without an understanding of the seriousness of the situation. Of particular note is Ellyn Burstyn’s character as the mother who slowly descends into a nightmarish haze of prescription drug addiction.

Did you like our list of movies with the best portrayals of drug addiction? Let us know in the comments below!