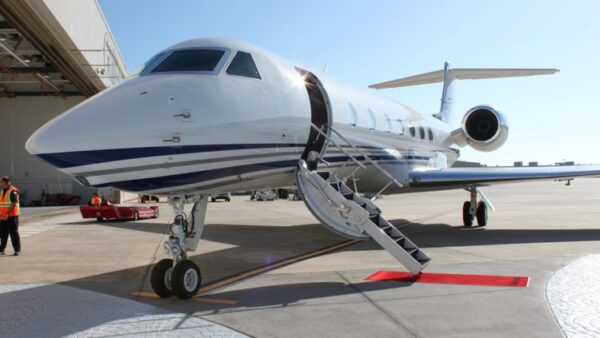 Owning a private jet for private use certifies a celebrity’s wealthy status. Michael Jordan, Oprah Winfrey, David Beckham, Tom Cruise etc. own one too and so does Nicolas Cage. As one of his most expensive items, the actor spent $30 million on a Gulfstream jet.

The luxurious plane included a conference room, a kitchen and even a mini-bar with onboard staff readily available to cook meals for the passengers. As far as the technical aspects of the jet are concerned, it is powered by Rolls Royce BR710 turbofan engines and can travel 7300 nautical miles in approximately 14 hours. 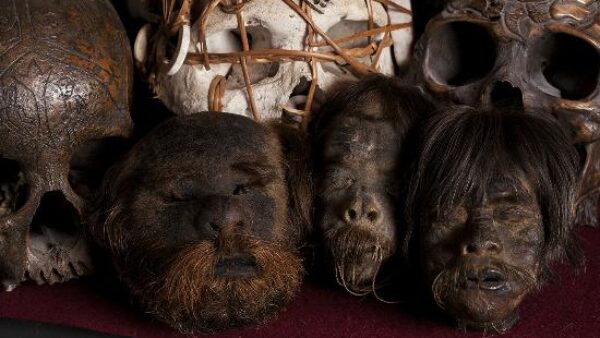 Nicolas Cage’s fascination with the strange and oddities knows no bounds. Surely a haunted mansion was not enough to fill his bizarre appetite as the actor certainly knows a thing or two about going too far.

For decoration purposes, the Cage prefers pygmy shrunken heads instead of conventional items such as a vase, candle stands or whatever we regular folk use. 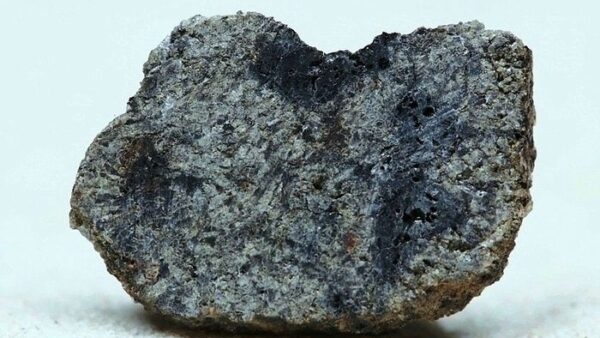 Even a meteorite was not spared from being a target of Nicolas Cage’s extravagant spending habits. The actor spent $25,000 on a piece of a meteorite that had landed in Nigeria in 1962. He even had its authenticity verified from NASA which confirmed that the rock indeed belonged from Mars and was approximately 3 million years old. 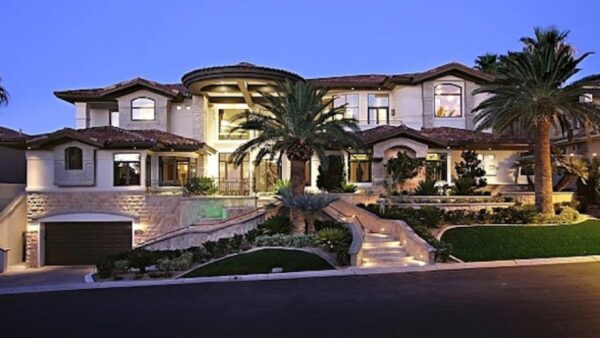 Perhaps Nicolas Cage was not so keen on sleeping in his haunted mansion. In a series of shopping sprees that defy all logic, he owned 15 expensive residences. The actor spent $25 million on a waterfront home in Newport, California, $15.7 million on a countryside estate in Newport, Rhode Island and $8.5 million on a house in Las Vegas.

Cage’s shopping had merely begun. He also owned a $17.5 million residence in Bel Air, California, $3.45 million on abode in New Orleans’ Garden District, $10 million on a Malibu beach home and $9.4 million on a mansion in San Francisco that comes with its own wine cellar. 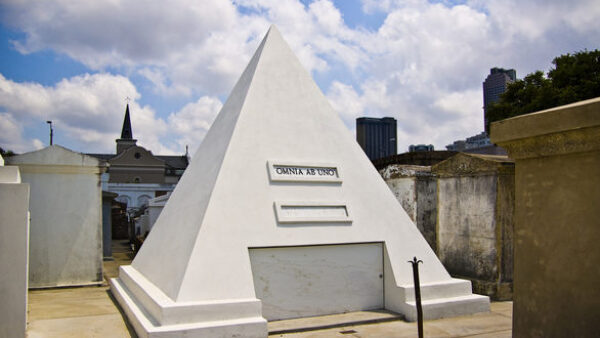 Due to his lavish lifestyle, it only makes sense for Nicolas Cage to go out in style. The actor has bought a nine-foot-tall pyramid tombstone as his final resting place. Located in New Orleans, the tombstone is engraved with Latin text “Omnia Ab Uno”, which translates to “Everything From One.”

Despite the tomb being empty, it already has been attracting a large variety of tourists and even has marks of red lipstick kisses from fans. Oddly enough, the cemetery also has the grave of Marie Laveau, the queen of Voodoo. 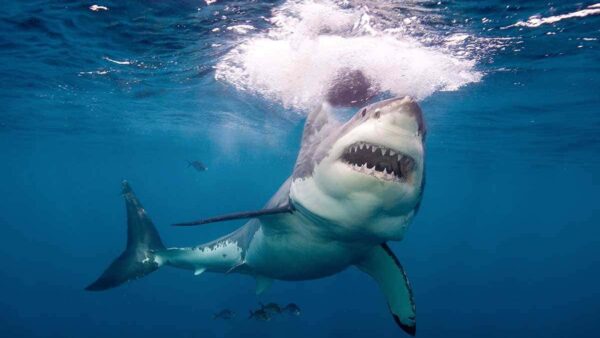 Believe it or not, Nicolas Cage has his very own reptile house on his estate but that does not even scratch the surface of the exotic pets he owns. He spent $150,000 on an octopus alone. That is a fair price considering the fact that Cage claimed that his pet octopus serves as his acting coach.

Additionally, the actor also owns a crocodile and a pair of albino king cobras. So, does Nicolas Cage has a pet fit for regular people? Yes, but there is a twist. The actor has a pet cat with him he once took hallucinogenic magic mushrooms with. 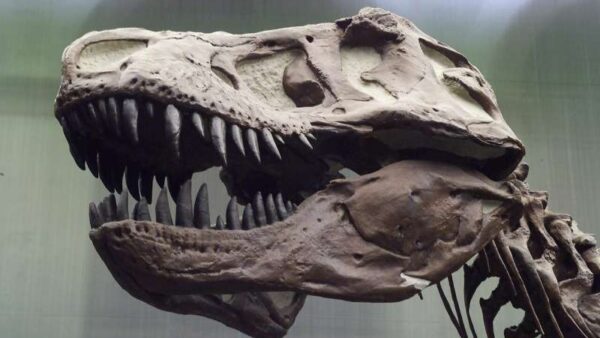 To say Nicolas Cage is an animal lover would be an understatement. Undoubtedly the weirdest item on the list, the actor purchased a fossilized skull of a Tyrannosaurus Rex in a Natural History Manhattan auction for $276,000. Oddly enough, he outbid none other than Leonardo DiCaprio to own the dinosaur skill.

Cage’s happiness after owning the dinosaur skull was short lived as it was soon discovered that it was smuggled out of Mongolia. As a gesture of goodwill, the actor voluntarily returned the dinosaur skull to the Mongolian government.

Hope you find our article most expensive things bought by Nicolas Cage interesting. Feel free to share your views in the comments below!