Google Details Its Use Of Ubuntu Linux Called Goobuntu 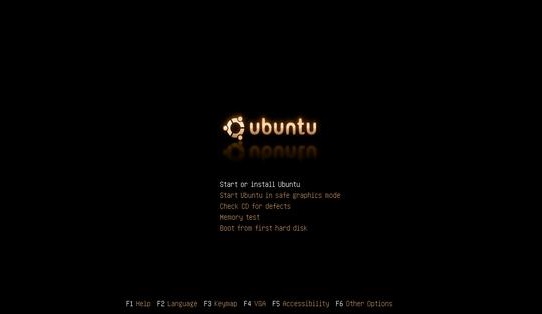 Google Chooses Ubuntu Over Others

Aside from Ubuntu, Google went over a list of various Linux distributions as its base. The RPM packaging system used by S– USE and Red Hat is viewed as inferior to the Debian packaging system of Ubuntu.

According to Thomas Bushnell, one of Google’s engineers, .deb packages are much more reliable when solving actual problems which the Internet giant’s engineers really require. The system’s sponsor, Canonical, also provides great support to their clients, which made Google select the software as its Linux base.

Google, though not their largest business desktop customer according to Chris Kenyon of Canonical, there’s no denying that Google pays a lot for the Ubuntu Advantage support program of the software’s parent company.

While Bushnell’s team encourages employers to use Goobuntu because of the Goobuntu-oriented development tools they work on, he said that:

“Googlers are invited to use the tools that work for them. If Gmail doesn’t want to work for them, they can use Pine, that’s fine. People aren’t required to use Ubuntu.”

This means that Google does not restrain its internal employees to use Goobuntu and snob Mac, Windows, and other platforms. But Bushnell has some thoughts on Windows, saying:

“Windows tools tend to be heavy and inflexible.”

This little piece of advice might have the internal employees of Google thinking about the full-time use of Goobuntu.

With Goobuntu, the team led by Bushnell is able to provide a reliable Linux engineering platform for the system engineers, software engineers, graphics designers, managers, and other internal employees of Google.

To get Goobuntu, Bushnell explained that installing and running Ubuntu are the two simple steps that should be taken. Google’s engineers and internal employees benefit from Goobuntu’s special tools used to get into the specific resources of the company, such as the LDAP authentication of Google for users access.

Goobuntu uses the private software repository framework of Google instead of the public Ubuntu resources, making it a more secure Google platform.

The long-term support or LTS releases are updated by Ubuntu once every two years, as opposed to the leading Ubuntu releases which are updated every six months.

However, the LTS releases of Ubuntu were chosen by Google in order to save on operational costs, since the frequent release upgrades of the leading Ubuntu releases are found to be very expensive for the company.

Use of Unity Not Required

Unity, the popular desktop interface of Ubuntu, is not a requirement for the internal employees of Google. In fact, Bushnell confirms this by saying that their desktop users utilize their preferred desktop interfaces and do not necessarily use Unity. However, some Mac enthusiasts utilize Unity because of its resemblance to Mac.

With this said, Goobuntu does not come with Unity as its default interface.