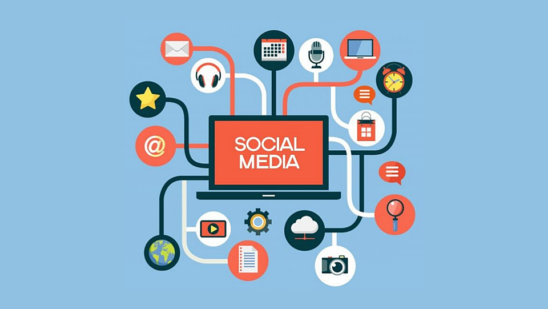 People have begun to use social media as a means of meeting and marrying their soul mates. However, because sometimes they supply inaccurate information about one another, it leads to unhappy partnerships or even divorces after a few years.

Cheating on social media is quite easy. Doing such a thing has the potential to wreck entire lives. It can also cause teenage infatuation.

The use of social media has become a barrier to social-emotional connection. Everything has been restricted to written material through social media, whether it be, wishes on special days or expressing one’s sentiments, resulting in a loss of genuine feelings and ties.

People used to go to someone’s house to wish them on important occasions, but today they prefer to send a text message. The emotions and sentiments of a person cannot be felt through a text message alone. As a result of social media, there is a disconnection between individuals.

18. Laziness is Made Easier

It is one of the primary reasons for social media’s negative impact on our life, since sitting for extended periods of time on a sofa, glued to a smartphone, has been linked to a variety of health problems, including tiredness, high blood pressure, obesity, stress, and despair.

People have grown lazy as a result of their use of technology. Experts recommend engaging in some physical activity such as exercise, walking, yoga, and many others for at least 15 minutes daily.

Hacking is a common social media danger in which hackers may quickly access a person’s account and data without permission. It has caused major problems worldwide and even famous celebs are not safe from this.

Many individuals, particularly youngsters, have been victims of cyberbullying in recent years since it is now quite easy to establish phony identities and profiles and threaten another person.

Many suicides, mental difficulties, and other issues have occurred from cyberbullying. People have begun to utilize social media as a platform to propagate false information and rumors, resulting in an unhealthy society.

Luckily most countries have come up with cyberbullying laws that mitigate the problem to some extent.

Fraudsters lurk in every nook and cranny thanks to social media’s reach. They will pounce on you if you aren’t careful.

Scammers gather information from public feeds, establish a link through chat, and then utilize the information for an illegal transaction.

While social media has many advantages, negative evaluations may be detrimental to a company. Even if the business did nothing wrong, an unhappy client might post a negative review.

Companies have published false-negative evaluations of their competitors in rare situations in order to get consumers. Because online evaluations are not monitored, false reviews may be disastrous for a company’s reputation.

13. Face-to-Face Discussions Have Been Transformed

A family that formerly ate supper together as a group now eats with silverware in one hand and a phone in the other. Half-lowered heads absorbed in the phone have replaced eye-to-eye contact.

Human connection has deteriorated as a result of social media.

While using social media during long work hours may appear to give relief, it really exhausts your mind even more. When you read through your newsfeed, you make a lot of small decisions without even realizing it.

Your mind is on high alert, thinking things like:

What is an appropriate retort to this remark?

11. You Won’t Be Able to Completely Remove Your Material

We’ve all seen celebs publish a controversial post that is met with a flood of hate comments in the past. The reaction continues even after they recognize their error and remove their post. That’s because several people would have captured screenshots and various websites would have already published articles about it.

What you put on the internet is the same as if it were a new virus. You’ll never be able to completely get rid of it once it’s out in the open. So think twice before you post something on social media.

You have no say in how your personal data is stored or utilized. Even a status update or a photo you publish might sometimes reach an unwanted audience.

You have no idea how others think about you, even among your following and friends. If you use social media, you’ve already revealed more information about yourself than you intended.

Likes and comments on social media don’t necessarily equate to real-life compliments. Teenagers from the contemporary generation have difficulty dealing with the harsh realities of life.

Social media offers a virtual version of real-life experiences, which has been shown to cause harm in many instances.

8. One Side of the Tale is Told

One-sided tales cause a stir on the internet because of the viral nature of social media platforms and people’s willingness to accept any random person’s word.

People on social media leap to conclusions without delving into the facts on both sides.

Fake information abounds on the internet as a result of the speed with which it spreads and people’s failure to check its validity. To make matters worse, when you try to check it up, you’ll find a slew of websites all stating the same thing, leading you to believe that numerous sources can’t all be incorrect.

However, on several occasions, they have just publicized what they discovered without conducting any more investigation.

6. Shows Only the Positive Aspects of a Situation

Everyone wants to share just their most costly, fascinating, or spectacular events on social media. People’s updates scream, “Look, I’m doing this and I want you to know,” whether you call it passive showboating or humblebrag.

Low self-esteem develops as a result of such conduct, and you begin to question if you’re living a wretched existence while others are having a good time.

As a result, the next time you have an opportunity, you share a happy memory from your life, adding to the pile that already exists. You want to send a message to your friends that you’re having a good time, but you have no idea that a buddy who saw your photo thinks your life is great.

Every notification may appear to be a little annoyance at first, but they gradually absorb your time and reduce your productivity without you noticing.

Keeping your social profiles fresh by regularly posting new content is something that no business can avoid. Therefore it creates an additional cost that needs to be factored into other operating costs.

Excessive usage of social media can result in bad health, a weak body, melancholy, tension, sleeplessness, anxiety, and even death. Set aside time for its correct use so that it does not result in ineffective labor. You may avoid these issues by limiting the amount of time you spend on social media. You might spend some time doing anything else instead of spending hours on social media. On the other hand, social media has also propelled technology ahead and made the world a better place.

You can’t hold a platform fully responsible for the harm it does to people. Sports and social media are the same things. You’ll have a nice time if you utilize it in moderation. You have an addiction issue if you require a dosage of social media posts every few hours. Whether social media benefits or harms you is determined by how you use it.