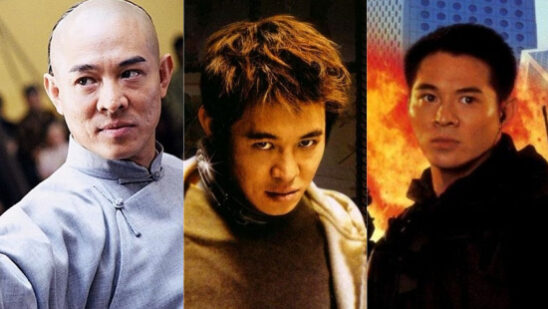 The Chinese born famous film producer and actor made waves with his brilliant martial art skills, making him one of the best actors for thriller and action movies. Jet Li, also a philanthropist and the founder of “One foundation”, is a renowned wushu champion and martial artist. Due to these skills, Li became a highlight in numerous Chinese movies and made his way to Hollywood as well. With his public appeal and awestruck moves, he quickly became one of the A-list Kung Fu Hollywood stars, earning a whopping $15 million for his films. This made him the most expensive Asian actors in Hollywood. Let’s have a look at the 15 best Jet Li movies of all time: 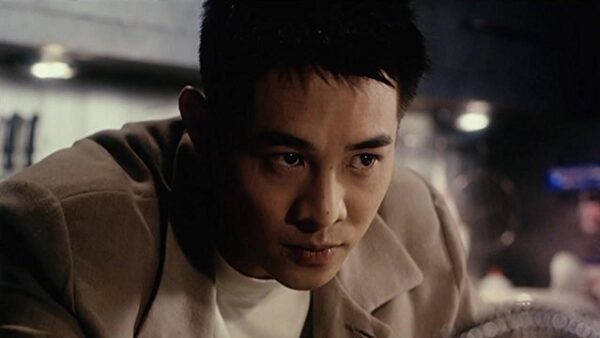 Also known as The Defender, this movie is a classic action flick and the movie which introduced Jet Li to action movies. Before starring in this movie, Li only starred in period Kung Fu movies, making this his first-ever modern action film.

This movie offers a fascinating combination of gunplay and martial arts. Li plays the role of a bodyguard from China who has been assigned the task of protecting a beautiful prosecution witness. During this time, Li was a rising star and this movie helped him in attracting roles from Hollywood. 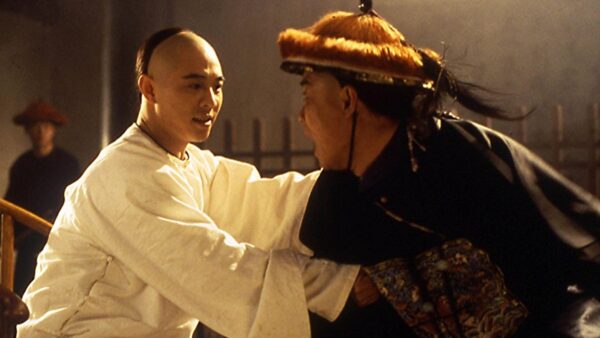 In this movie, Li reprises his role as Wong Fei-Hung, the legendary martial artist. This is not a part of the original series but this movie offers a comedic element to the storyline. Fei-Hung opens up a martial arts school unknowingly next to a brothel and stumbles upon a kidnapping scheme. 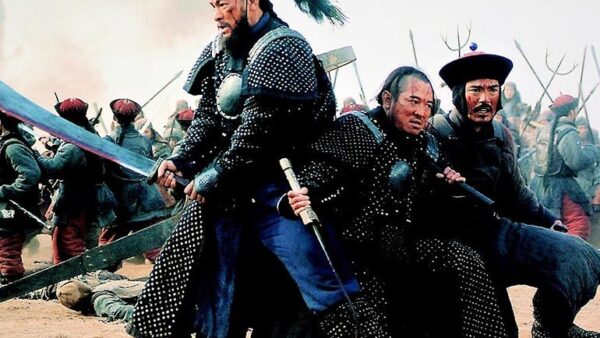 This epic action movie is set in the 1860s at the time of the Taiping Rebellion in the late Qing Dynasty in China. The story is centered on the sworn brotherhood of three men and their struggle in the midst of political upheaval.

This award was significant for Li as he was constantly criticized for his lack of acting skills and only being a martial artist. Getting credit for his acting skills was a major boost for his career. 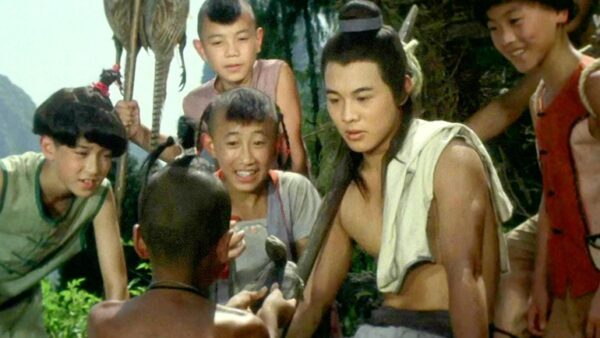 This second movie of Jet Li narrates the story of two families at the different ends of the river and their rivalry – Wudang swordsmanship-trained girls and Yu Hai’s Shaolin martial arts trained boys. This is a light-hearted movie unlike the serious tone of Shaolin Temple.

The natural cheekiness and charm of Jet Li shine through in this movie, setting him apart from the rest of the cast. 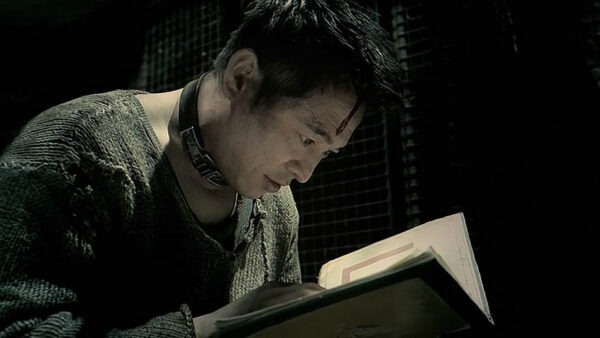 This movie narrates the story of an enslaved man who has been raised as a human attack dog and after years finally manages to escape from his captives, and makes an attempt to lead a normal life.

This is the first movie in his career that showed a completely different version of Li and opened up more opportunities for him in the film industry. This movie grossed a total of $24.5 million in North America and further went on to gross $26.3 million worldwide. 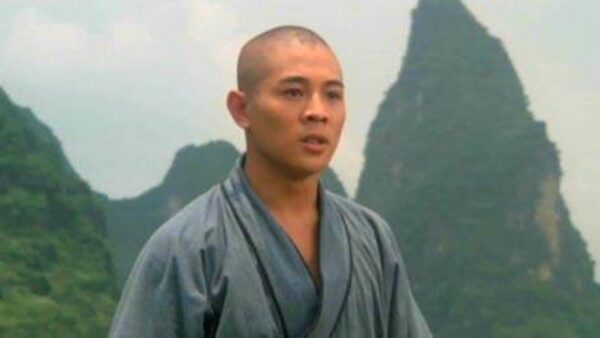 This movie brought together the two martial arts legends Lau Kar-Leung and Jet Li. And the result was a fantastic entertainment movie. It is filled with superbly choreographed fight sequences that beautifully demonstrate the art of martial arts.

Aside from the great action sequences, the traditional dragon dance was captivating and as well as the unparalleled scenery that showcased the beauty of China. This movie grossed HK$18,106,589 at the box office. 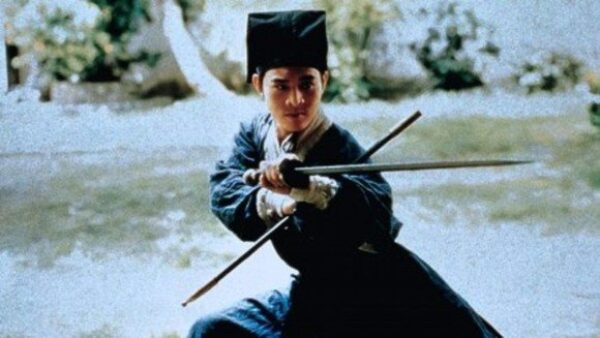 In this movie, Li takes on an evil clan that is led by a female swordmaster. This movie has everything a wuxia genre enthusiast wants – sexual tension, swords, snakes, and scrolls! This is the second installment of a trilogy. Preceded by The Swordsman (1990) and followed by The East Is Red (1993).

Li is again flawless as a swordsman and showcases his skills brilliantly. His chemistry with Brigitte Lin is truly amazing. This movie grossed HK $34,462,861 at the Hong Kong box office and still remains one of the highest-grossing movies of Jet Li in Hong Kong. 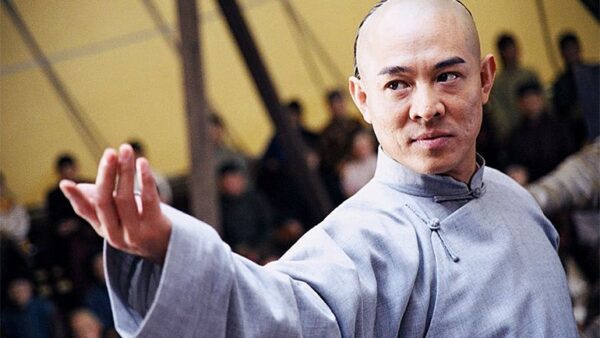 This movie is loosely based on a Chinese martial artist, Huo Yuanjia, who challenged foreign fighters and restored nationalism and pride in China during the time when Japanese manipulation and Western imperialism were set to erode the country in Qing Dynasty’s final years.

In interviews, Li declared this movie as his final martial arts wushu epic. This was highly publicized as Jet Li’s Fearless. He received a number of nominations for several awards including the Best Actor award for China Film Media Award and Hong Kong Film Award.

He also won the HKFCS Award for Best Actor. This movie grossed about US$ 68,072,848 worldwide. It is the sixth highest-grossing non-English language foreign film in the US to date and the seventh Jet Li film in a row that opened to more than US$10 million. 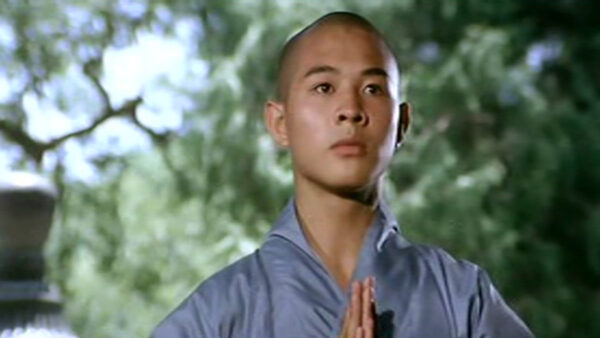 This was Li’s debut movie and his successful transformation from an athlete to a Kung Fu actor. This is the movie through which Li attracted filmmakers’ attention and gained popularity. This story is based on China’s Shaolin Monastery, depicting Shaolin Kung Fu. This was also the first-ever Hong Kong production that was filmed in mainland China.

This movie was very well received and lead to the creation of more Shaolin based movies by the filmmakers in Hong Kong and China. 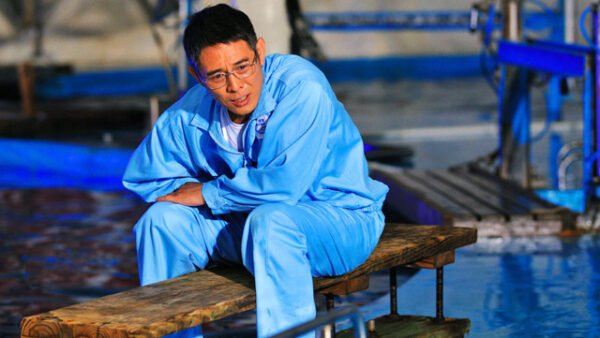 This is one of the most intriguing movies for numerous reasons; most importantly it narrates the story of a young individual with autism and the struggle of his father to find the right support for his son. Li’s dramatic skills truly shine in his portrayal of the autistic man’s father.

You can feel the emotion and the desperate struggle of a father trying hard to make sure his son is taken care of after he is gone. We see a completely different persona of Li aside from his usual action characters. His great performance earned him a number of award nominations including the Jury Award for Best Actor. 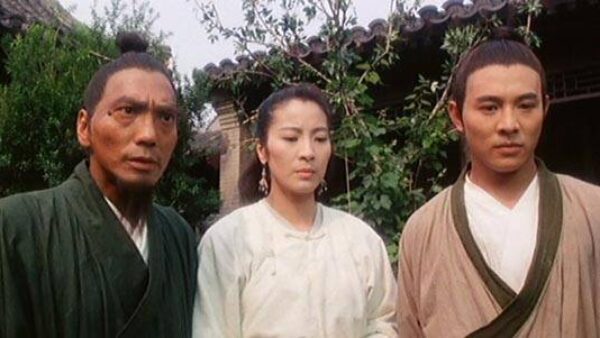 This movie is without a doubt one of the finest Jet Li’s Shaolin movies. It offers everything – comedy, murder, corruption, betrayal, love, and friendship, as well as plenty of Shaolin Kung Fu style. The story revolves around two monks who grow up together.

They get kicked out of the temple and have to survive in the real world for the very first time. Not familiar with the real world, they end up selecting different paths. This is Li’s movie through and through as he clearly stands out from the rest of the cast because of his outstanding performance. 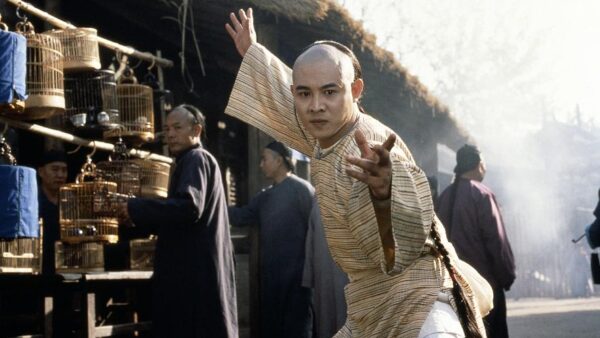 This is one of the rare martial arts movies in which a mother and son team up to fight against bad guys. Again one of the best Jet Li movies. He and Sio, playing his mother, make a remarkable kicking ass duo.

Li’s charismatic personality can clearly be witnessed in this movie and you can tell he is a natural with those breathtaking martial arts moves. A sequel, Fong Sai-yuk II, was released only four months later due to the splendid response of the first movie. 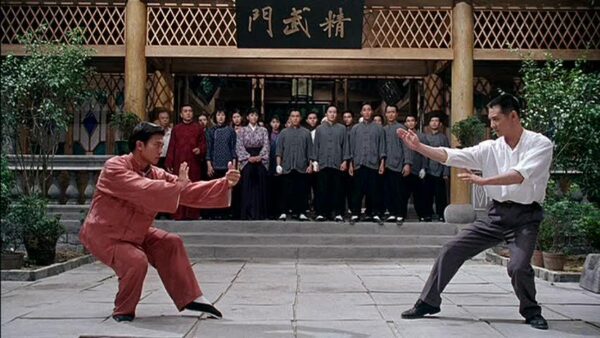 Li not only starred in this movie but also produced it. This movie was a remake of Fist of Fury (1972) that starred Bruce Lee. The story is set in 1937 in the Shanghai International Settlement during the second Sino-Japanese War.

This was indeed a huge challenge for Li to fill Bruce Lee’s shoes, who had already established his role as Chen Zhen, the national hero, in the original movie. However, Li successfully met the challenge and was highly appreciated for his role. 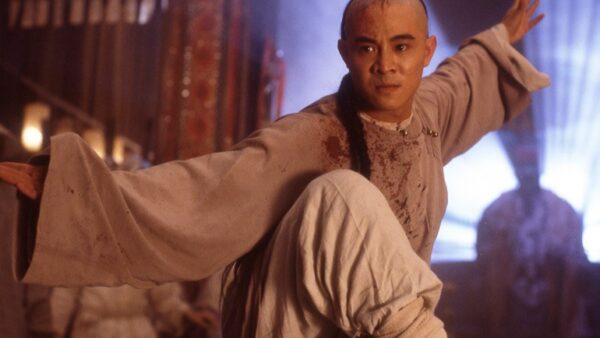 This is the sequel to Li’s Once Upon a Time in China I and the legendary warrior Hung has to take on the white lotus society which is a cult that is willing to do anything and everything to restore their power. Considered as the best installment in this series, this movie offers impressive choreography and execution of the fight scenes.

It brings together two brilliant martial arts actors Donnie Yen and Li. His impeccable acting and fight scenes earned him a number of award nominations, including the Golden Horse Award for Best Leading Actor. 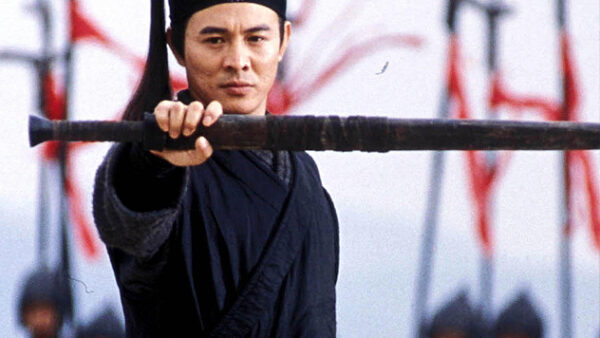 Even though Li continued on making films in Hollywood, his Chinese films are rated by the majority of his fans as the best when it comes to quality. The finest example is the movie Hero. This movie was once the highest-grossing movie in the history of the Chinese box office and maintained this title for a good number of years.

Li is as usual impressive in showcasing his martial arts skills. Quentin Tarantino became such a major fan of this historical movie that he actually lent his name to be included at the time of release – Quentin Tarantino Presents Hero. This movie still remains the highest-grossing Chinese movie in US box office history as it grossed about $53.7 million. It also received an Oscar nomination for Best Foreign Language Film.

Aside from the above movies of Jet Li, the following deserve an honorable mention:

What do you think of these best Jet Li movies of all time? Are there any other movies you think should be included in this list? Do let us know in the comments below.