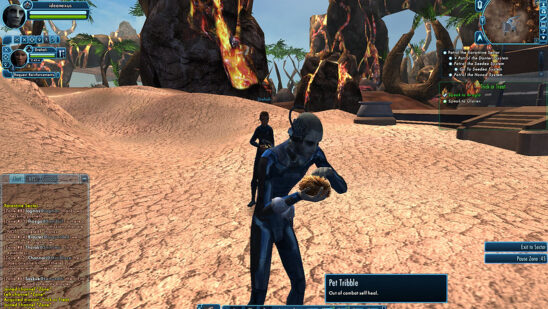 Although most would argue that video games are a waste of time, players who participate in massively multiplayer online role-playing games develop certain abilities. Here are five of the most interesting facts about MMORPG gamers:

A player using a priest character must watch a party member’s health points, ensuring that they do not drop low. After intense raids and hours of play, players begin to develop multi-tasking skills.

Players who participate in MMORPG also are able to pay attention to details. Role-playing games usually require a good sense of detail when participating in a skirmish or any difficult event. Gamers must monitor their health bar, mana bar, and even cool-down time on their skill sets.

Monitoring these items on the user’s interface rewards a gamer with a good sense of detail and the ability to easily multitask, as mentioned previously. Attention to detail not only affects a user in-game, but it also affects them in the real world.

Party leaders must communicate with each member of the party to ensure that their team is successful during fights, bosses, or even player versus player matches. Party leaders often issue directions to the rest of the group, which makes MMORPG gamers exceptional leaders and communicators.

A common fact for any role gamer is that they have extraordinary hand-eye coordination skills. Gaming requires intense concentration on the screen, rather than the keyboard. With practice, a role-player will know where certain keys on the keyboard are, as well as the location of the mouse.

Players who participate in massively multiplayer online role-playing games often consider hand-eye coordination a requirement. Hand-eye coordination is also useful for players outside of games, as they are familiar with keys on the keyboard and can type reports, emails, and web addresses with ease.

Most MMORPG players have a vast imagination and are extremely creative. Developers of RPGs fabricate extensive worlds, terrifying creatures, and intricate storylines. Fans of role-playing games enjoy learning and reading about the lore which is created by developers. In addition, most role-players are also known as some lore derived from actual events that occurred in history.