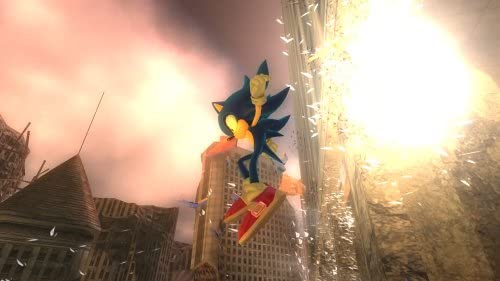 The first ever Sonic the Hedgehog game was released in 1991 for the Sega Genesis console. Ever since then millions of gamers worldwide have grown up playing the game. If you are a fan of the game and want to get your hands on the Sonic once again, all you need is a PC connected to the Internet to access some very impressive free Sonic games online. Here are 5 of our best online Sonic games for 2013:

This title has the same objective as the classic Sonic games although there are some differences. Sonic Ring Rush places Sonic in a race track. Your task is to complete the track in the shortest amount of time possible while collecting rings.

Each track has a specific time and ring requirement for you to be able to proceed to the next one. The controls are fairly simple since all you need to use is the directional keys of your keyboard.

Kids of all ages will love Sonic In Istanbul due to its simple yet entertaining gameplay. You guide Sonic as he collects rings and bonuses over an Istanbul background. Be careful though since the game is quite tricky.

Once you fall over a block then it’s game over for you. Use the directional keys when controlling Sonic and make sure you have good hand and eye coordination when playing this game.

If you think you are familiar with the background of the game then you’re probably right. The scenes are taken from locations in Mario Land. You control Sonic in this game as you try to eliminate all the monsters using your trusty cannon.

You will use the mouse to charge your cannon and guide the projectile to hit the monsters. Be careful though since there are various obstacles that will block your shots.

Ever wanted to have two of the world’s most popular characters appear in the same game? Mario N Sonic makes this possible by having our plumber Mario and Sonic the Hedgehog star in their own game together.

You have to guide both characters simultaneously to return to their own respective worlds. To do this you have to get the keys that will unlock the doors to their worlds. You will need strategy and imagination to successfully pass all the levels.

This is a racing type game where you will have to beat the clock .You can play alone or compete with a friend. Not only will you have to finish the race at the least time possible but you also have to collect as many rings as you can along the way.

This is a fast action packed game that has great graphics and is highly recommended for anyone looking for an adrenaline rush.

There you have it, all the cool online Sonic games for the next year. Enjoy!