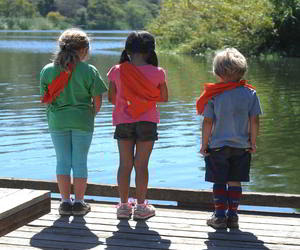 Water can dilute more substances than any other fluid present on Earth, it is hence called a ‘Universal Solvent’. It carries chemicals, nutrients, and minerals with it all the time.

Water covers the entire earth with a distance of about 326 cubic miles and is the only substance found on Earth that naturally exists in all three states of matter – solid (ice), liquid (oceans), and gas (clouds).

A normal human being can consume about three gallons of water in a single day.

Pure water is tasteless, colorless, and odorless. It also has a pH value of 7.

Every eight seconds, a child dies due to water contamination and around 80% of all diseases in the third world are caused by contaminated water.

Most people in Africa and Asia have to walk for at least 3.7 miles (which on average takes 3 hours) to bring home water.

If we can put all the world’s water in a gallon jug, then only a tablespoon of freshwater will be left for us to drink.

A bottle of 18 liters of water will actually weigh 20 Kg.

The majority of the water surface around the world is either frozen or salty. This includes the portion of all the oceans and ice glaciers around the world. About only 1% of freshwater is left for human consumption.

About 75 liters of water can be wasted in a day due to a small faucet drip.

Human beings can live without eating for about a month, but without water, we cannot live for more than 3-5 days.

Gold is slightly soluble in seawater.

Water is the core ingredient in every beverage that is manufactured on an industrial scale. For instance, 1,500 gallons of water are present in one barrel of beer.

Around 750,000 gallons of water can be contaminated with just a single gallon of gasoline.

When we feel thirsty, our body actually loses only 1 percent of the total water quantity.

After a workout, the weight of a person reduces, because of the loss of water, not fat. Since the amount of water present in a human body is about 75% of its mass, after an intense workout the major portion of the human body’s constituent evaporates in the form of sweat.

More than 39,000 gallons of water are utilized in the manufacturing of a brand new car whereas a single newspaper manufacturing takes up to 300 liters.

Among all the water sources on Earth, humans consume only around three-tenths of this water which is present in rivers, aquifers, and lakes.

An average single flush in the toilet wastes 8 liters of clean water.

The sun evaporates 365 trillion tonnes of water in a single year.

According to a study conducted by Masaru Emoto, the molecular structure of water changes according to the way you treat it. The water that gets treated with words of affection and positive energies, develops beautiful crystalline structures and special healing power. On the contrary, the water that gets treated with hatred and negative energies develops a broken crystalline structure.