Folks! Correct me if I am wrong, but isn’t it a general perception that those who couldn’t perform better in their studies are the ones that intend to join the entertainment industry? The reality however is upside down. There are many highly qualified and intellectual celebrities who earned fame due to their passion for the entertainment industry and not because them being bad at their academics. With our list of surprisingly highly educated celebrities we would surely help you in negating the general public perception today: 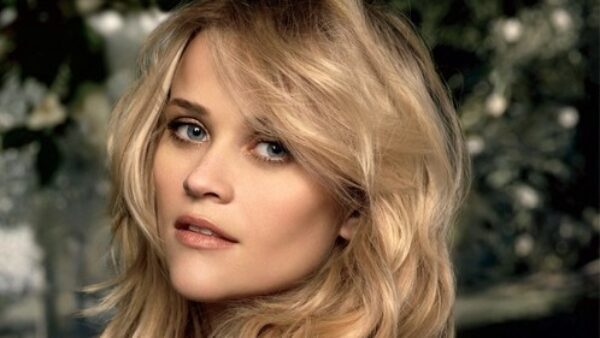 While the world may know her as the blonde dumb due to her portrayal of the character Elle Woods in 2001’s super hit Legally Blonde, Reese in reality is counted among the highly intelligent celebrities of Hollywood.

She enrolled at the prestigious Stanford University to major in English Literature but left within a year due to her interest in pursuing a career in acting. Before he started his career in the adult entertainment industry, Ron was a special education teacher. Jeremy earned his BA degree in theatre and education from Queens College in New York.

He continued his educational endeavor even after his graduation and earned his Master’s degree in special education from the same institute. 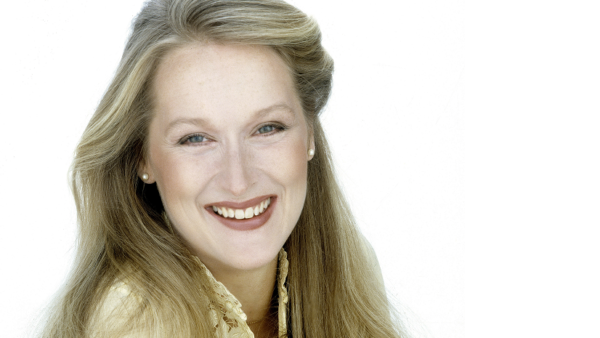 She earned her B.A degree in Drama from Vassar College; is the same institute where she started her acting career. Later she enrolled in the School of Drama at Yale University where she earned her degree in Masters of Fine Arts in 1975. 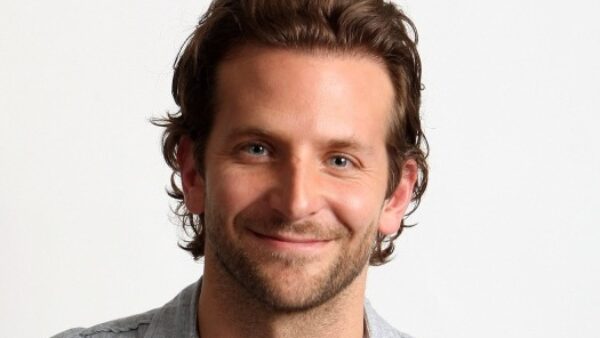 Bradley Cooper studied at Germantown Academy and after graduating enrolled in Villanova University. He, later on, got transferred to Georgetown University where he earned a BA in English.

He continued his educational pursuit until he earned an MFA in acting from Actors Studio Drama School at The New School in New York City. 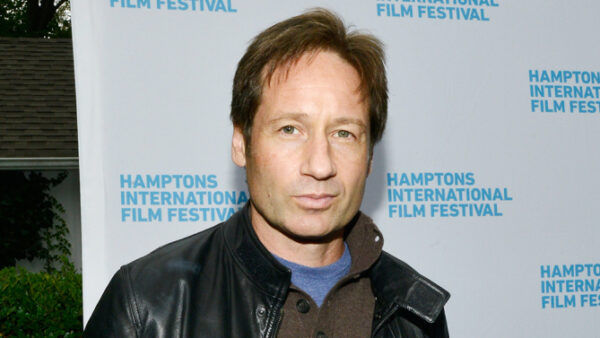 The X-Files actor earned a B.A degree from Princeton University, along with a Masters’s in English from Yale University. In 1987, he enrolled in Ph.D. but abandoned it after being booked for a beer commercial.

Later on, he revealed in an interview that the title of his unfinished thesis was, “Magic and Technology in Contemporary Poetry and Prose.” 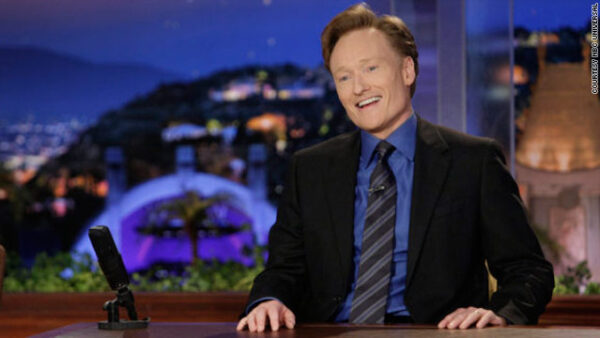 Conan O’Brien earned his Master’s degree in American History majoring in history and literature from Harvard University in 1985. He was titled a “preeminent jokester” by the school newspaper.

His thesis was titled “The Old Child in Faulkner and O’Connor” and consisted of 72 pages. 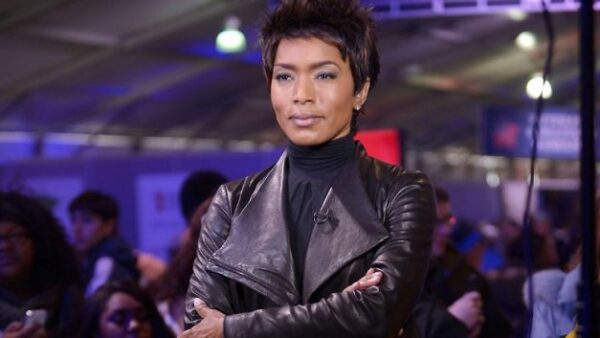 Angela Bassett earned Bachelor’s degree from Yale University in Afro-American studies on a scholarship. She, later on, accepted an MFA in drama from the same university.

As a graduate student, she worked with Lloyd Richard (world-renowned director) which paved her career path in the entertainment industry. 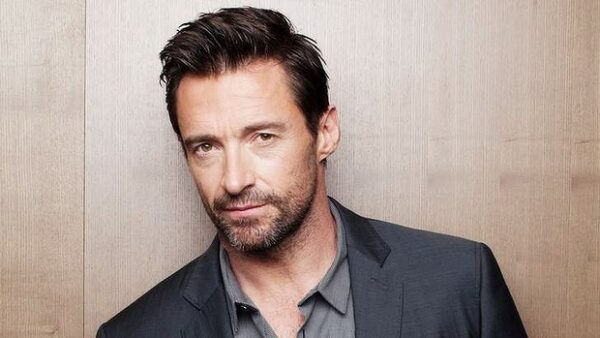 Best known as the “Sexiest Man Alive” declared by People Magazine in 2008, the Australian star combines brains and talent together.

Before he earned his recognition as one of the best-known Australian faces, he trained himself to be a journalist and received a BA degree in Communications from the University of Technology in Sydney. In addition to that, he has also been a part of the School of Practical Philosophy since 1992. 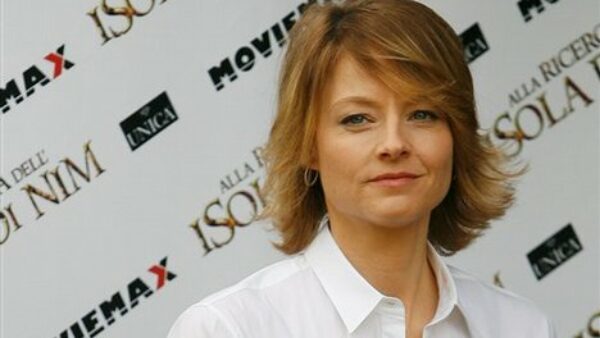 Twelve years later Jodie Foster was awarded an honorary Ph.D. degree from the same University in 1997 due to her professional achievements. 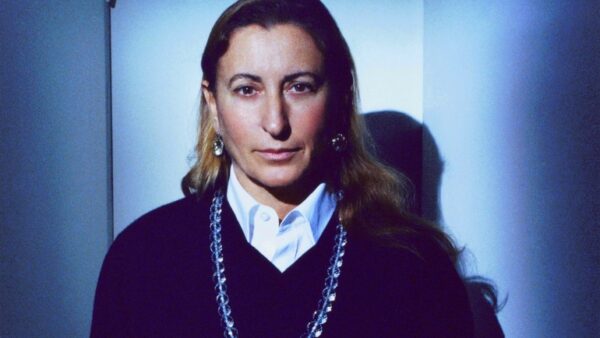 This fashion world tycoon, best known for PRADA, earned a Ph.D. in Political Sciences from the University of Milan. She has also over five years experience of performing as a mime artist. 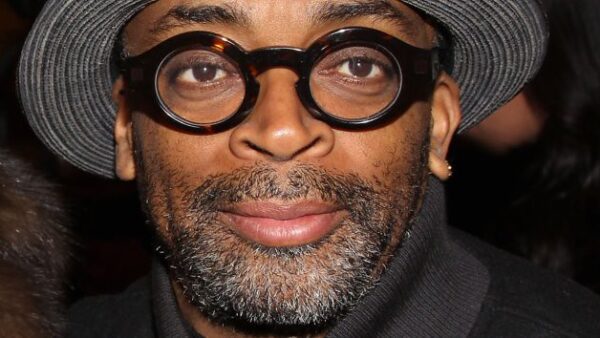 Regarded as the famous African-American filmmaker, who revolutionized the participation of blacks in the entertainment industry, Spike Lee earned his BA degree from Morehouse College, Georgia.

Later on, Lee earned his Master’s degree in Fine Arts degree in Film and Television from New York University’s Tisch School of the Arts. 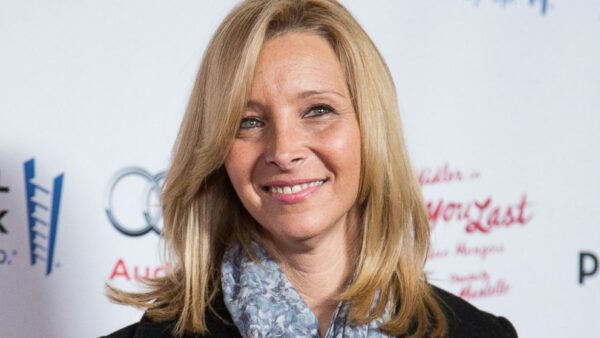 Lisa Kudrow (also known as Phoebe Lisa Kudrow) is totally opposite in her real life to what she appears on-screen. She is a graduate of Vassar College earning a degree in biology.

Before she was spotted on the prime show Friends (which later earned her an Emmy award), she was a medical researcher for over eight years. Kevin Costner studied business at California State University and graduated in 1978. As a university student, he used to practice acting as well and developed a real interest in acting in the last year of his studies.

Soon after graduating, he took a marketing job that only lasted for 30 days as he started pursuing a career in acting full-time. 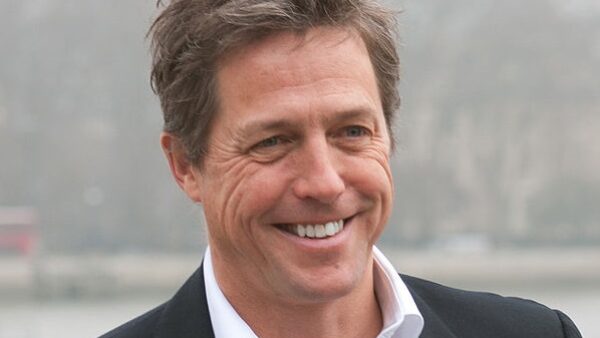 One of Britain’s best-known faces in real life and on-screen graduated from Oxford University in 1982 majoring in English Literature where he was awarded an educational scholarship. 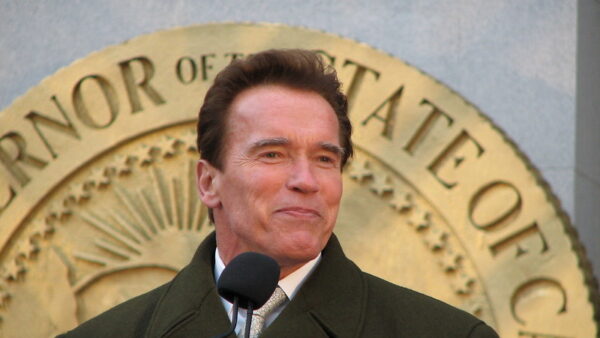 The famous politician, actor, and bodybuilder, popular for his well-known “Terminator” series, literally knows his business due to the fact that he is a University of Wisconsin alumni from where he earned his bachelor’s degree in marketing and business administration. 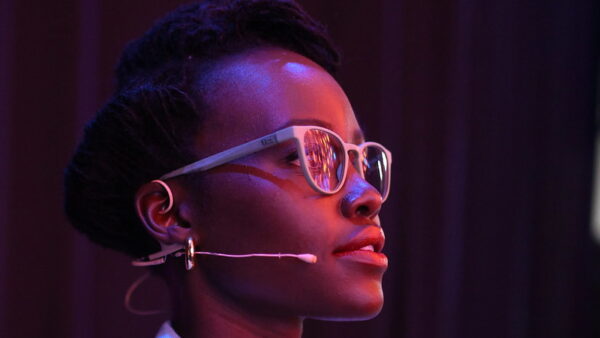 Distinguished as the first Mexican actress to earn an Oscar, Lupita Nyong’o studied film and theatre at Hampshire College after she moved to the United States from Mexico, her birth country.

In 2012, she graduated from Yale School of Drama and earned her Master’s degree in Fine Arts majoring in acting. 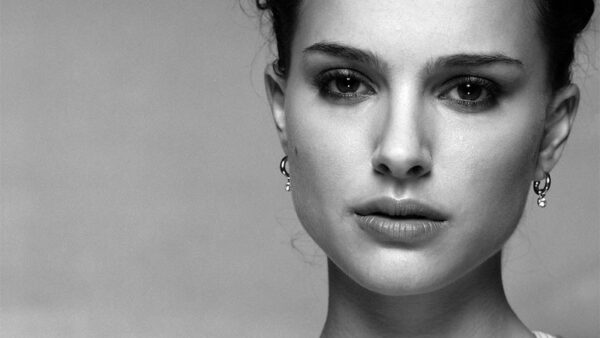 This Oscar winner is a Harvard alumnus in psychology and to be precise the very first-ever Harvard alum with an Oscar win. Apart from getting a bachelor’s degree from Harvard, she also accepted a graduate degree from Hebrew University in Jerusalem.

Natalie was counted among exceptional students at Harvard and has an Erdős–Bacon number of 7. Her publications appeared in a scientific journal twice and rightfully said in an interview:

“I’d rather be smart than a movie star.” 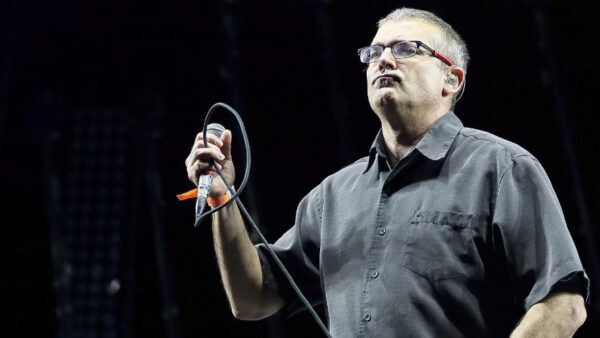 You would be surprised to know that the lead singer of the rock band Descendents is a graduate of the University of California from which he earned his BA degree in Biology. Later he completed his Ph.D. at the same university and the title of his thesis was “Analysis of opeque-2 Function in Maize“.

Moreover, he also enrolled at the University of Wisconsin, Madison in a post-doctoral program in biochemistry. 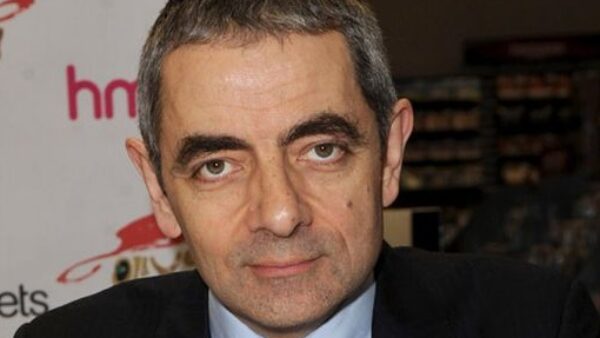 Rowan Atkinson more popularly known as Mr. Bean graduated from Newcastle University, earning his degree in electrical engineering in 1975, and is counted among the most educated actors out there. Later he earned a Masters’s degree in electrical engineering at the Queen’s College of Oxford University. In 2006, Oxford blessed Atkinson with the honorable title of “honorary fellow“.

As a student at Oxford, he was quite involved in Oxford University Dramatic Society and several other clubs, and it was this time when he started developing the iconic qualities of our beloved Mr. Bean. 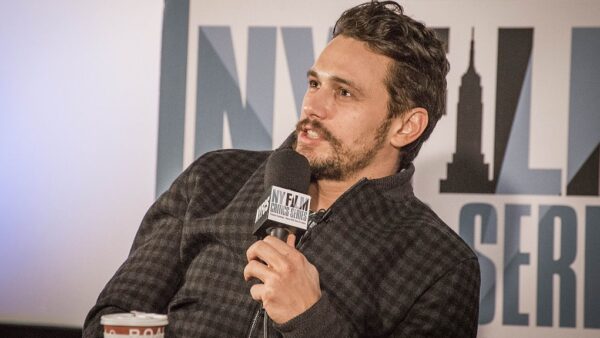 James Franco earned a graduate degree in English from UCLA with an impressive 3.5 GPA all while working in several films. He, later on, moved to NYU to study filmmaking, enrolled in fiction writing courses at Brooklyn College and Columbia University, and studied the poetry program at Warren Wilson College in North Carolina.

Currently, he is pursuing his Ph.D. in English at Yale University and his educational journey continues along with his illustrious career in acting. 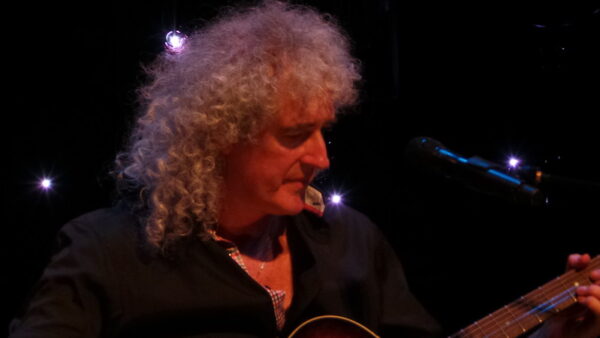 Brian May is not only a lead guitarist but also a very intelligent scholar. This English lead guitarist and musician of the famous band Queen graduated from Imperial College London majoring in Physics.

Thirty-three years after he abandoned his Ph.D. in 1974, he completed his Ph.D. in Astrophysics in 2007 and the title of his long-delayed thesis was: “A Survey of Radial Velocities in the Zodiacal Dust Cloud”. 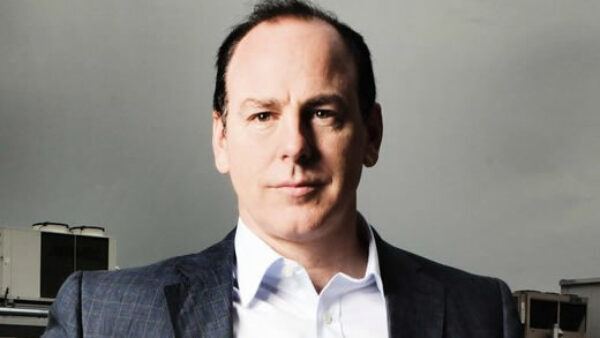 The famous songwriter and the lead vocalist of the Bad Religion-American rock band earned his bachelor’s degree from UCLA majoring in Geology and Anthropology and later received a master’s degree in geology from the same university.

His educational pursuit led him to Cornell where he earned his Ph.D. His thesis was titled “Evolution, Monism, Atheism, and the Naturalist World-View: Perspectives from Evolutionary Biology“. 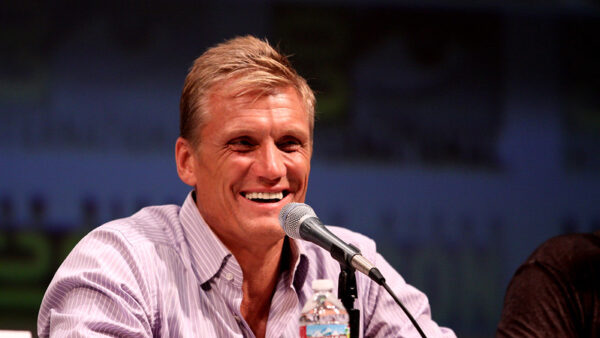 The Swedish-born Dolph Lundgren graduated with a degree in Chemical Engineering from the University of Sydney, Australia in the late 1970s. Later he was awarded an academic scholarship to Clemson University and the University of Washington.

After successfully graduating with top marks in his class, his educational endeavor led him to the prestigious MIT where he was awarded a Fulbright Scholarship. Apart from being a successful action hero, he is also counted among the best-educated actors in Hollywood.

Did we miss any highly educated celebrities on our list worth mentioning? Let us know in the comments below!