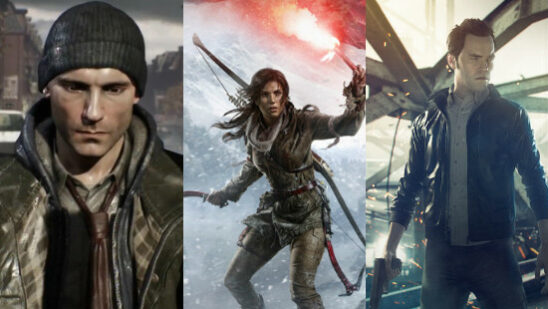 The year has just begun and various video game development companies have already grabbed the attention of countless fans around the world. No matter what platform you own, the year 2015 has everything to be a promising year for gamers. The following are the most anticipated video games of 2015 that you shouldn’t miss:

Undoubtedly one of the most popular fighting games of all time, Capcom will release the fifth installment of the Street Fighter franchise exactly as it was always meant to be – an intense, rigid thriller inviting the player to bring out their very best fighting skills.

Developed for Microsoft Windows and PlayStation 4, Street Fighter V will be a realistic version of the once arcade game and will feature several familiar fighters again such as Ryu, Charlie, and Chun-Li.

From the director of Demon’s Souls and Dark Souls, comes one of the finest works from the developer From Software. Set to release in March solely for the PlayStation 4 platform, Bloodborne will be the first step of a new promising franchise.

Taking the roles of different travelers who visit the plagued city of Yharnam, the player must find his way to overcome the deadly bestial creatures and monsters in order to survive.

A stroll in the streets of Philadelphia will not be anything near a mere walk in a park as Crytek UK has made sure that the upcoming first-person shooter video game will be a thrilling experience for gamers worldwide.

Once the Greater Korean Republic made its central base in the very city America got its independence, the protagonist Ethan Brady must do everything he can to battle their advanced technology.

Some franchises last hardly three or four games and become forgotten whereas few feature more than a dozen without losing a single step. That is where the Final Fantasy franchise comes in.

With the fifteenth installment hitting stores later this year, one may very well assume that it can be the best work ever done by the Japanese developer Square Enix’s 1st Production Department.

Coming to PlayStation 4 on a yet-to-be-revealed date for the year 2015, the survival horror video game Silent Hills will serve as the ninth installment of the epic franchise of the same name.

Directed by Japanese video game legend Hideo Kojima and none other than the man behind Pacific Rim and the Hell Boy movies, the game will hopefully not fall short in the eyes of the fans especially after it delivered an excellent playable trailer in August 2014.

The upcoming asymmetrical multiplayer game allows four-controlled Hunters to fight for their lives as they combat a lethal alien monster controlled by a fifth player. Turtle Rock Studios will give you a chance to experience such moments in Evolve.

Featuring four unique game modes along with a variety of deadly monsters to deal with while defending humanity, the game will certainly be an amazing cooperative and interactive shooter game.

After a time-traveling experiment goes horribly wrong, Jack Joyce and Beth Wilder take matters into their own hands to make things right while being pursued by Monarch Solutions.

Each of them has a unique power to manipulate time, the conclusion of the game will solely depend upon the decisions taken by the gamers throughout the time-manipulating adventure.

Serving as a reboot, Rise of the Tomb Raider will showcase a younger and vulnerable Lara Croft on a journey that will ultimately lead to her status as a lethal force to beware of.

After a shipwreck causes her to be stranded on a mysterious island, troubled Croft must do anything out of desperation in order to survive the dangers she will come across to.

Fighting zombies is perhaps one of the most beloved moments a gamer can enjoy. That is where the survival horror video game Dying Light comes in. The zombie apocalypse game gives the players options of utilizing more than a hundred weapons.

Developed by Techland and published by Warner Bros. Interactive Entertainment, the game was released back in January and is already receiving positive reviews over and over again.

Featuring a unique procedurally generated open universe, the adventure video game may be developed by an independent developer but that is not stopping it from the hype of one of the most anticipated games of 2015.

As Dave Lee of BBC News stated that it “stole the show” at the E3 2014 Conference, only time will tell how much of a big deal the game will be once released later this year.