Home » Gaming » Prey: The Way First Person Shooters Could Have Been

Prey: The Way First Person Shooters Could Have Been 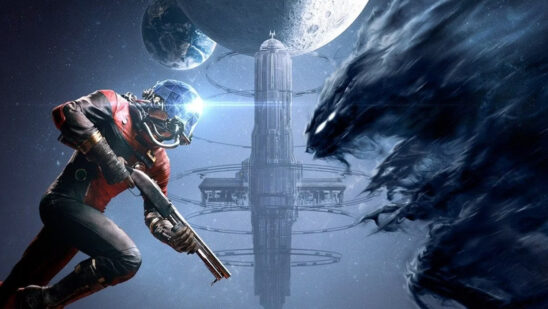 Games like Battlefield have completely revolutionized the first-person shooter genre in recent years. Innovations like regenerating health and realistic weapon models have resulted in a marked change in the nature of FPS games, as well as gaming in general. These new features – a focus on social gaming, online multiplayer, and a more ‘all-round’ gaming experience (emphasizing replay value) ­– have undoubtedly moved the modern FPS to thrilling new heights, making for more engaging and longer-lasting games. Can game developers learn something from the old guard, though? What could help them to create better, more appealing titles in the modern era? Enter Prey, the way first person shooters could have been:

What Made Prey so Epic

Released for PC and Xbox 360 in 2006, Prey is a reminder of why we enjoyed all those old-school, alien-blasting shooters in the first place. The sheer mindless fun of mowing down hordes of ugly, flesh-eating aliens is easy to forget in the post-Call of Duty age. It’s not until you actually re-play it, though, that you discover Prey was something just a little bit special.

The central mechanics of the game will be familiar to anyone who has played an old-school FPS before: ‘over there are some baddies – shoot them’ pretty much sums it up.

Indeed, this is not a game that shies away from cliché: hordes of enemies, an array of fantastical weapons, a life bar! There’s even the age-old trope that has plagued almost all FPS games since Half-Life: an on-rails scripted intro sequence.

But to describe the game purely in these terms would do it an injustice. These clichés form the core of the game, to be sure, but they also act as the foundation for a healthy dollop of innovation.

Prey incorporates a lot of very cool ideas that keep things interesting throughout, and mean the player never gets bored. There are gravity-flipping sections (which lead to some truly bonkers level design, by the way), portal sections (yes, portals – like the ones in Portal), astral projection, and even a portion where the central character gets shrunk down to a fraction of his original size to fight on a miniature scale.

Not all of these innovations work as well as they should, though: the death sequence involves a mildly annoying shooting mini-game that only really serves to jar you out of the experience every time you die, instead of throwing you straight back into the action.

On the whole, though, Prey is much more than just run-and-gun and these innovations provide for plenty of ‘OMG’ moments through the course of the game.

The thing that really elevates Prey above its contemporaries, though, is the story. The basic premise is simple enough: aliens invade Earth and begin abducting people en masse to harvest for food. The protagonist, Domasi Tawodi (‘Tommy’), is one of the unfortunate souls who find themselves aboard the alien vessel, and he must fight his way to freedom while attempting to rescue his girlfriend Jen and grandfather Enisi.

Tommy, a Native American struggling with his cultural identity, is instantly sympathetic, which is impressive considering how easy it could have been for him to have been presented as a warring stereotype.

His character provides an alternative to the ‘space marine’ style of protagonist seen in games like the upcoming Crysis 3, and it’s interesting to see how an everyman, rather than a soldier, deal with the various challenges thrown his way.

The writing, in general, is well above average for a game of this type, too. We hear Tommy speak about the horrors he confronts, his concern for the safety of his girlfriend, and his gradual acceptance of his heritage.

It’s amazing that such a complex, emotionally affecting story takes place amongst a backdrop of such chaos and violence, while never getting in the way of the action.

We live in a very exciting time for FPS games. The trend toward cinematic single-player campaigns complemented by fast-paced multiplayer looks set to continue, and this can only be considered a good thing. There are lessons to be learned, however, from taking a look back at the past in this way.

Prey is a little on the easy side, but as a spectacular roller-coaster ride, with an engaging story and likable characters, it’s hard to beat. Let’s hope modern developers can take a few notes from this flawed masterpiece and spur the fps genre to ever greater heights.