As the mascot of Marvel Comics, Spider-Man stands out as one of the most popular and recognizable superheroes of all time. Equipped with a sense of responsibility coupled with a sense of humor, the beloved teenage comic book character has established itself quite a reputation due to its commercial and critical success. Let’s take a look beyond the mask of Peter Parker by getting familiar with some of the most interesting facts about Spiderman comics:

Spiderman and Iron Man are two of the coolest superheroes in Marvel Comics and the very thought of an amalgam of both characters is intriguing. The idea was put to test when Tony Stark built Peter Parker his very own Iron armor.

Opposed to the traditional red and blue colors of the Spider-Man costume, it was red and gold similar to Stark’s armor because according to Marvel Editor-In-Chief Joe Quesada, “Stark’s design, Stark’s color!” Parker became endowed with many mechanical powers and wore it on many occasions.

14. Spiderman has a Doppelganger Villain

Possibly a result of running out of creative ideas for a strong villain for Spiderman, comic book writers came up with a doppelganger for the beloved superhero with the addition of fangs, animalistic nature, and four extra arms.

Oddly enough, the new villain was given the name Doppelganger too. Sometimes referred to as Spider-Doppelganger, the villain was created as an evil duplicate by Magnus during the Infinity War storyline and proved to be a nefarious match for Spider-Man.

13. Spiderman is the First Ever Teenage Superhero

Long before Teenage Mutant Ninja Turtles made the status of teenage superheroes cool, the young Peter Parker had already established his reputation as a strong one by becoming the first-ever teenage superhero. While several of the teenage crime fighters such as Dick Grayson aka Robin were featured as sidekicks, it was Spider-Man who made the difference.

Unlike the traditional superheroes, Spider-Man might be the most unique one since he never had a secret layer nor any mentor. In fact, he was still a college student and working as a photographer when his days as a superhero began.

Visibly vocal against Spider-Man through his newspaper Daily Bugle, J. Jonah Jameson has been bent over destroying the image of the superhero since day one. It would be astonishing to know that both of them are related.

After years of living as a widow, Aunt May started a relationship with J. Jonah Jameson, Sr. and eventually married him. Thus, Peter Parker and his longtime critic Jameson is none other than his step-cousin.

11. Spiderman had a Dozen Relationships

Apart from being Batman, Bruce Wayne is best known as a billionaire playboy but Peter Parker is not too far behind. While he has been frequently shown romantically involved with Mary Jane Watson, it is no secret that Parker had many relationships before finally marrying her.

Most of the time shown as a photographer for Daily Bugle and even as a wrestler in almost all of his media presentations, it is surprising to see Peter Parker coming out of his shell and eventually getting decent jobs as he grew mature.

He has worked as a high school science teacher, as a scientist for Horizon Labs, and most remarkably, founder and CEO of multi-billion dollar corporation Parker Industries.

Due to his unique superpowers, Spider-Man will always be a valuable addition to any team he would join. With superheroes interacting and even teaming up being an everyday thing in Marvel Comics, it is interesting to note that Spidey has served as a member of the Avengers and Fantastic Four during one of their incarnations. 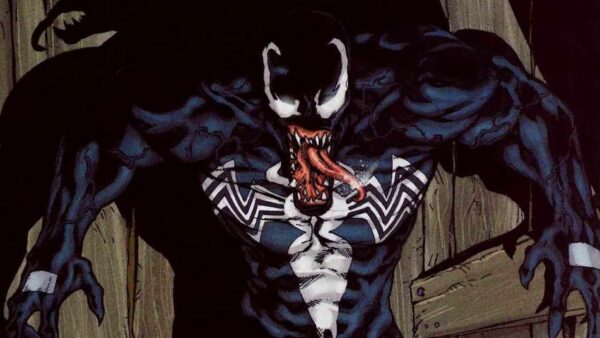 Behind Green Goblin and Doctor Octopus, Venom is the most iconic and dangerous villain from Spider-Man’s rogue’s gallery. As surprising as it may sound, Venom was not created by a comic book artist but by an average joe.

Randy Schueller, a Spider-Man fan from Norridge, Illinois, drew a villain based on the superhero himself costumed with a black Spiderman suit. Seeing the potential in the character, Marvel’s editor-in-chief Jim Shooter bought the character for $220 and introduced him as one of the main villains.

The death of a superhero might be one of the most tragic moments in comic books. The symbol of hope being perished definitely signifies that there will be indeed no happy ending.

However, staying dead is quite frankly treated as a joke in comic books as during many storylines, Spiderman has died multiple times but still manages to return.

6. Spiderman Has a Superhero Daughter

In the MC2 universe, Peter Parker and Mary Jane Watson not only settle down but also have a daughter named after Aunt May. Gaining the powers from her father and eventually following in his footsteps, May Parker takes the alias of Spider-Girl.

Intended to appear in a one-shot story, Spider-Girl received immensely positive feedback from the fans and it resulted in the launching of her very own ongoing comic book series of the same name. It became the longest-running superhero book with a female lead character ever published by Marvel Comics.

5. Spiderman Teamed Up With Batman

DC and Marvel Comics are longtime rivals but that does not stop them from intercompany crossovers for financial gain. While Spider-Man has allied with Avengers and Fantastic Four, his most exciting team-up was with none other than the Dark Knight.

During their time in jail, the Joker and Carnage discover themselves as a force to be reckoned with as partners but their plans are cut short when Batman and Spiderman join forces to stop them.

4. Spiderman Once Literally Turned into a Spider

Comic book writers have experimented with many odd things on the web-slinging superhero but literally turning into a giant spider might be the most ridiculous version of his entire publications.

After being kissed by Adriana Soria aka Spider Queen, Peter Parker mutated into a giant spider. For obvious reasons, things did not work well as far as Spider-Man’s reception was concerned and he was thankfully reduced back to his normal self.

Not much is known about the parents of Peter Parker other than them dying in a plane crash. As interesting as it sounds, Richard and Mary Parker were superheroes in their own right as well.

The two served the United States government by working as spies for S.H.I.E.L.D. On a fascinating note, the couple once saved the life of Agent-Ten aka Wolverine while Mary was pregnant with Peter.

The very thought of Barrack Obama being the President of the United States of America gave Marvel another idea to shake things up again. Following the events of the storyline Death of Spider-Man, someone had to carry on the legacy and that is where Miles Morales came in.

Sharing a similar origin story as that of Peter Parker, a black Hispanic school student Morales has bitten a spider and you know how it goes. Replacing blue with black color in the Spider-Man costume, the second Spiderman received mixed reviews from the critics and fans.

Although Marvel Comics never officially highlights their superhero characters following a specific religion, Spider-Man has been shown frequently exhibiting Jewish stereotypes throughout his adventures. From a historical point of view, it will be observed that the superhero was created by Jewish Stan Lee and several storyline writers were also Jewish.

Featuring many clues that hint at his religion being Judaism, his speech is filled with traces of Yiddish and has remarked with “oy” many times. Recently, the actor behind the mask of Spider-Man Andrew Garfield – also Jewish – confirmed the speculation as to his “defining feature”.

Feel free to share some more interesting facts about Spiderman comics that you know in the comments below!