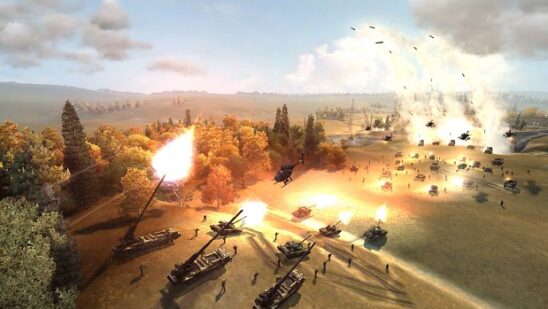 Real Time Tactics (RTT) is a subgenre of strategy games and an immensely popular one too. RTT games have always kept the spotlight and at times have shown the potential to outsell real-time strategy games. What makes these games so popular is the use of real-world war concepts: holding the line and executing your tactical moves to outsmart the opponent with minimum resources. Today have compiled a list of the 15 best real time tactics games of all time that you shouldn’t miss if you are into strategy games: 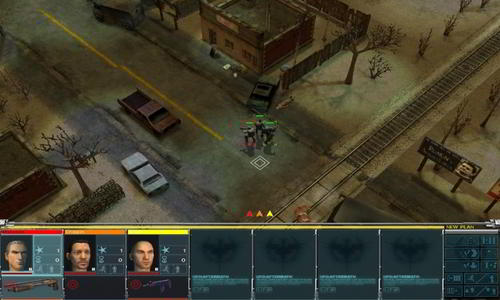 Very few franchises have survived so long as UFO has. Since the launch of UFO: Defense, this is the first time things have gone back to basics. There are two game modes, the strategic global view, and the tactical battle view. Once the battle commences, you go into a tactical mode and need to fight the aliens with the available men, with each soldier having his own skill tree. 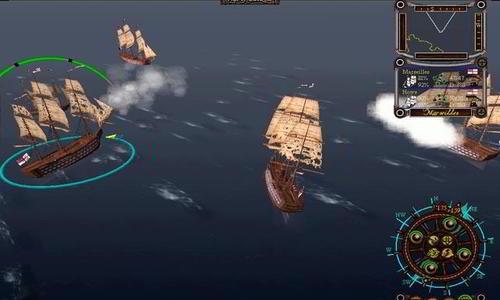 Given the fact that most of the wars in the late eighteenth century were fought on both land and sea, the lack of real-time naval combat games is mind-boggling. One of the very few good games in this genre is the Age of Sail 2. In the game, you get to commandeer a vessel or an entire fleet.

Your crew consists of men with various intelligence levels and their job is to fix the ship while you fight the enemy fleet and try to either sink it or force it to surrender. 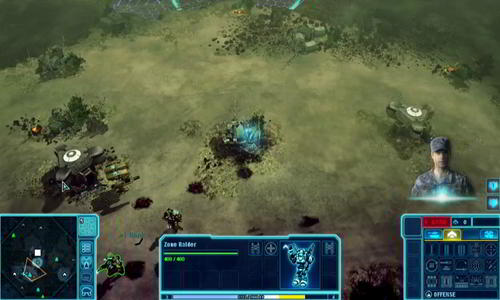 A departure from the classic C&C formula. Tiberian Twilight takes away the base building and resource gathering and introduces pure real-time tactics gameplay along with some role-playing game elements. This means that if your units die, you can train more without penalty.

After selecting one of the two factions featured in the game, players just need to deploy a crawler and start making units in the blink of an eye (the unit count is capped). The entire focus of the game lies on capturing nodes to get points and every faction that controls the majority of the nodes wins the game. 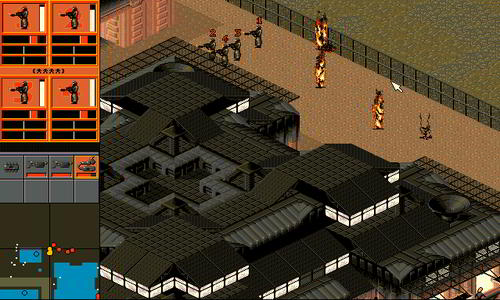 American Revolt is an expansion pack of the original Syndicate. The game brings the quality of the original title to a further higher standard, although the difficulty level gets really increased.

You control a gang that goes around the city killing and kidnapping people, depending on the type of mission. This time around there are limited ways to complete your objective, and you need to devise optimal plans to make them work. 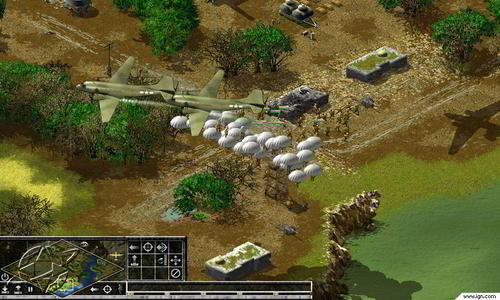 Sudden Strike 2 is an excellent example of how RTT games should be made. The game offers some of the finest strategy elements you would imagine in any strategy game.

You can control ground, air, and naval units for a full WWII experience. But amidst all these details, the developers forgot the importance of a good user interface. The game tries to show as much of the map as possible making units very small; being RTT players, you can connect the dots now. 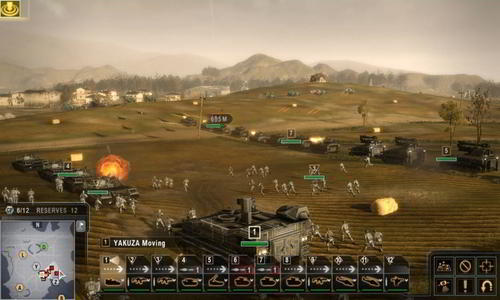 Being targeted for consoles, the gameplay has been kept relatively simple. The camera stays close to the units and you can select a number of them with a single button. To add to the ease, voice commands have been introduced which adds to the ease of play, and they work very well.

Although a good real-time tactics game, it gets its points docked on things like players’ inability to control how their battles go on the map and the poor intelligence of the units. 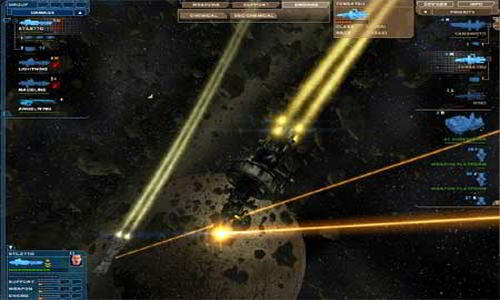 It is the finest space strategy game since Homeworld 2. The game puts you in command of large spaceships that you need to use to win battles of epic proportions. The animations and graphics are superb and it literally feels like watching a Star Wars film.

Although quite similar to Homeworld, the main difference in the gameplay lies in the fact that there are no resources to gather and no units to build. 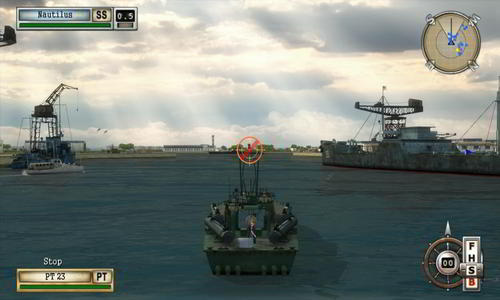 Set in the late World War II era, the game takes place right along the events of Pearl Harbor. You can control battleships, fly planes, and use submarines to defeat your enemy.

The multiple modes of attack along with a third-person view give the game an action feel apart from its tactical gameplay, satisfying the fans of both genres. With a total of 11 campaign missions (average playtime of 4 ½ hours), the only thing disappointing about this game is its gameplay time. 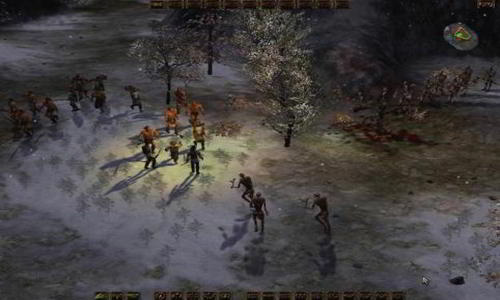 Although the game hardly changes anything that was introduced back in the original Myth: The Fallen Lords, it does offer an engaging campaign, which is the real beauty of the game. Picking up from the previous games, there are no towns to manage, players just need to control the troops in battle.

Being rendered in 3D, the game allows players to outflank each other to get to higher ground for tactical advantage in a skirmish. 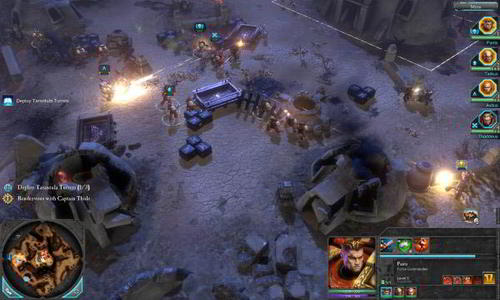 When you expect something from the makers of Company of Heroes, you’re never disappointed. Dawn of War II gives you a team of units to command and makes sure they don’t power out during battle or you’re done (yes, your units don’t die, they power out).

The game perfectly integrates role-playing game elements, real-time tactics, and real-time strategy in an engaging story mode which can entertain a strategy gamer of any taste. 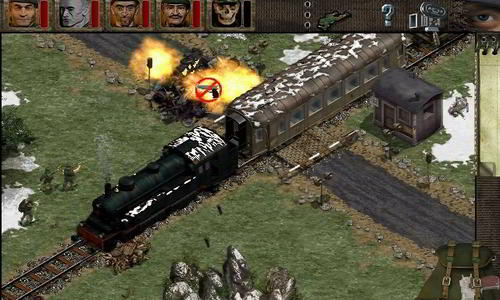 It is one of the finest single-player strategy games that has ever been created. In order to make something unique, you need to take risks, and that is exactly what the developers did with this game.

Commandos: Behind Enemy Lines is set in the WWII era, where each map is different and offers you something new and engaging. The gameplay and graphics are spectacular and were generations ahead of their time.

The entire map is visible and the players can even track the enemy’s field of vision, all they need to do is devise a plan of action (the real birth of real-time tactics) that works. 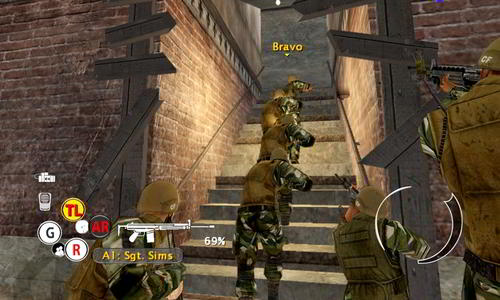 This title doesn’t exactly qualify for a pure RTT or a third-person shooter game, because it lies somewhere in between. The thing about this game is that it’s original, it’s different and it’s good.

You get to command a squad during its operations in the Middle East, from a third-person perspective. You never actually have to aim at targets like a conventional shooter, rather order the squad which is rather unique and quite cool. 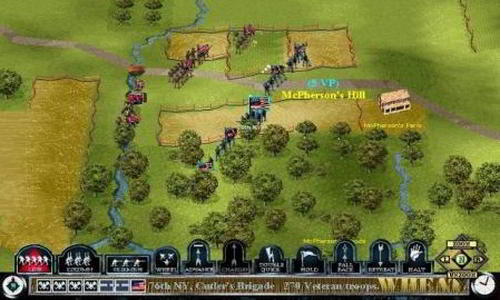 Based on the legendary civil war fought on the grounds of Gettysburg in 1863, the game depicts the events of the war and beyond. Players can choose and play either Confederate or Union soldiers, and depending on the player’s progress, the game can create fictional events to proceed with the campaign.

There are a total of 25 predefined scenarios and one additional scenario that lends to endless gameplay. The beauty of this game is that no two campaign scenarios unfold the same way. 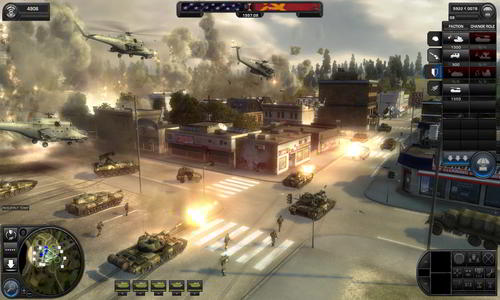 The World in Conflict is set in 1989, the cold war era. The Russians have invaded France and eventually intend to move out into the rest of Europe. You are a fresh Lieutenant named Parker, and you, along with the rest of your team will take part in the conflicts around the world to put a stop to the Soviet invasion.

The beauty of this game is that the campaign never gets repetitive. There is plenty of variety in the missions and the objectives to keep you hooked on the game for hours. The multiplayer skirmishes, maps, gameplay, tactical aids, graphics, animations, the nuclear explosions are overwhelmingly awesome.

There are dozens of unofficial mods and maps for the game as well that spice up multiplayer gameplay to a further extent. It is by far one of the finest RTT games in recent years and enjoys a large fan base. 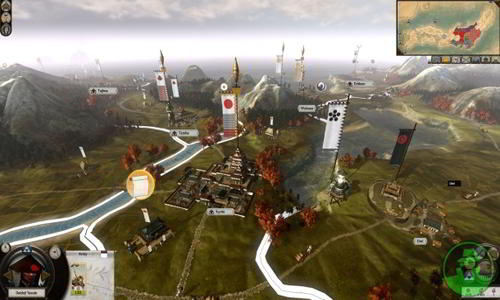 Unsurprisingly, if we look at any online list of the best real time strategy games, we will see a Total War title on the top for sure. This is because the developers know what they’re dealing with when they talk about real-time tactics games and they know exactly how to translate the word ‘perfection’ into strategy gaming.

The game models and maps are stunningly detailed and beautifully crafted. In terms of gameplay, little has changed in Total War: Shogun 2 since Rome: Total War except for some details. But then again, something as fine as this can rock without the changes anyway.

Our list of best real-time tactics games cannot be justified without mentioning these titles too:

Which of the above-mentioned best real time tactics games do you like the most? Let us know in the comments section below!