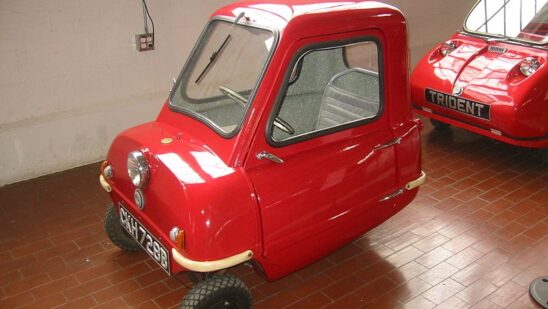 The Peel 50, purchased by Ripley’s Believe It Or Not! in early 2009, weighs only 130 lbs. and is the smallest car ever approved for street use. The Manx Peel Engineering Co. built about 50 of them in the early 1960s, and only a few of them remain to this day.

With two wheels in front and one in back, the Peel 50 hits a top speed approaching 40 miles an hour. 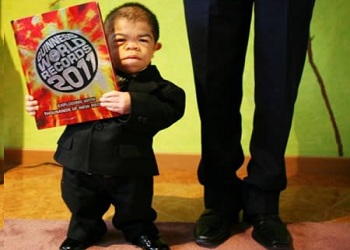 Colombian Edward Nino Hernandez is in many ways a typical 24-year-old Colombian male. What sets Nino apart is his size. He is slightly taller than a piece of carry-on luggage and weighs just 22 pounds (10 kilograms). Nino has just been officially certified as the world’s shortest living man by the Guinness World Records, measuring 27 inches (70 centimeters).

The previous titleholder was He Pingping of China, who was 1.5 inches (4 centimeters) taller and died on March 13, 2010. The Guinness people discovered Nino afterward.

8. The Smallest Horse in the World 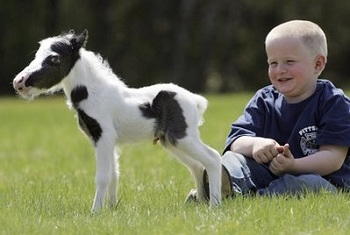 The diminutive horse was born in Barnstead, New Hampshire, at Tiz Miniature Horse Farm. His tiny proportions may be more suitable for a human baby, but they are tiny for a horse, even a miniature breed like Einstein. Dr. Rachel Wagner, Einstein’s co-owner, claims the Guinness Book of Records lists the smallest newborn horse as weighing just 9 lbs. 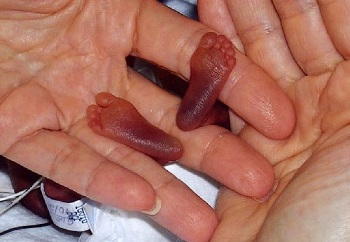 Meet Amillia Taylor – or what she looked like on October 24th, 2006, when she was born as the world’s youngest surviving premature baby. Amillia was born at a Miami hospital after less than 22 weeks of development.

Is there nothing more amazing than those teeny tiny translucent feet? Hold your own hand out in front of you, and imagine those feet poking through your fingers. She was 10 OUNCES when born (280 grams), and 9.5 inches (240 cm). That’s just longer than the length of your hand.

6. Smallest Body Builder in the world 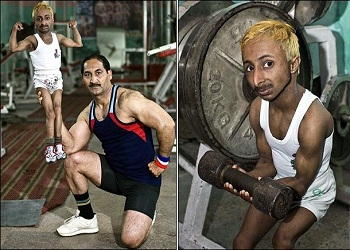 Meet Aditya “Romeo” Dev, who at just 2 ft 9 in. (0.84 m) is the world’s smallest bodybuilder. Pint-sized Romeo is well-known in his hometown of Phagwara, India – for his ability to lift 1.5 kg dumbbells – despite his overall 9 kg body weight. Every day, crowds flock to the local gym to see the mini-muscleman in training.

While most dwarfs have large heads compared to their bodies, Romeo is perfectly proportioned, and despite his diminutive stature has triceps, biceps, calves, and thighs that would make many full-grown men blush. He was recognized by the Guinness Book of Records in 2006 following three months of intense exercise. 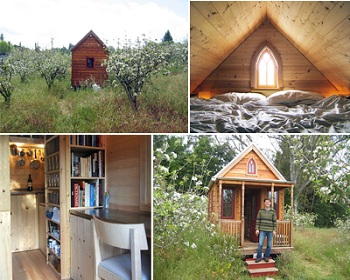 Jay Shafer is the creator and resident of the smallest house in the world, which he has proudly named Tumbleweed. Jay is an artist and architect and lives in his home near San Francisco. He sells plans and builds tiny homes in sizes ranging from an extremely small 50 square feet to a practically roomy 500 square feet.

Jay has been living in a house smaller than some people’s closets since 1997. Jay’s decision to inhabit just 96 square feet arose from the concerns he had about the impact a larger house would have on the environment, and because he does not want to maintain a lot of unused or unusable space. 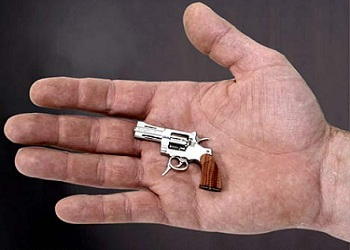 The SwissMiniGun is the size of a key fob but fires tiny 270mph bullets powerful enough to kill at close range. Officially the world’s smallest working revolver, the gun is being marketed as a collector’s item and measures just 2.16 inches long (5.5cm). It can fire real 4.53 bullets up to a range of 367ft (112m).

The stainless steel gun costs £3,000 although the manufacturers also produce extravagant, made-to-order versions made out of 18-carat gold with customized diamond studs that sell for up to £30,000.

3. The Smallest Prison in the world 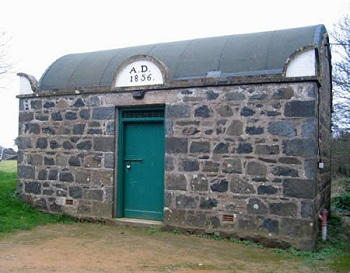 Sark Prison is located on the island of Sark in Guernsey. It was built in 1856 and is apparently the smallest in the world.

It can house 2 prisoners at a push and is still used for overnight stays – if you continue to play up after that you’ll get shipped off to a proper grown-up jail with corridors and staff. 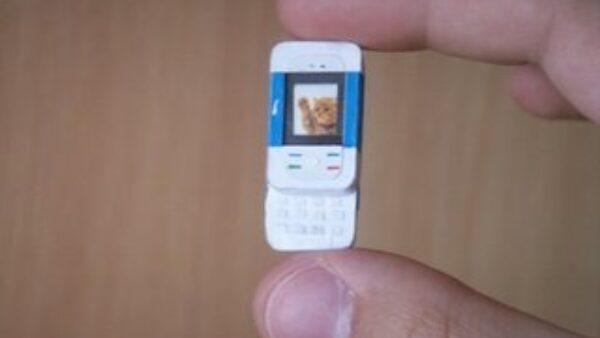 Also, it has the feature of expandable functionality that allows users to transform the Modu cell phone into a Gaming Smartphone or Music player mobile.

1. The Smallest Teddy Bears in the world 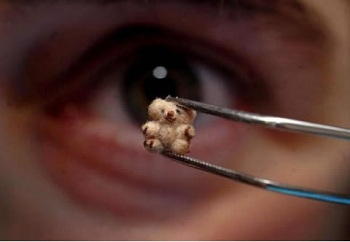 To make these tiny beauties, she had to weave the thread, stitch the bears’ bodies, arms, and legs, turn them inside out, stuff them, and then stitch them all together before embroidering the details.

Hope you liked our list of the world’s smallest things. Let us know your thoughts in the comments below!