10 Longest Bridges In The World 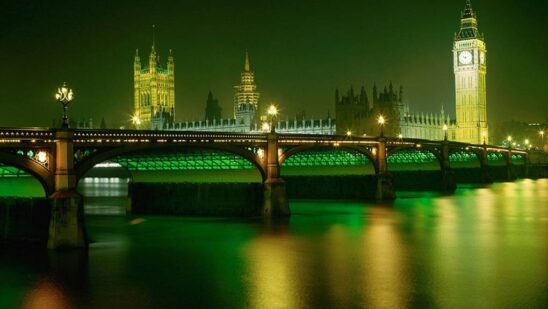 Bridges are engineering wonders. These bridges are wonderful and amazing structures that are made to connect places that otherwise might have been left isolated. Each and every one of these long bridges is incredible in its own way. We have compiled a list of the longest bridges in the world with pictures and descriptions. Those beautiful photos are showing to us that there are no borders and everything is reachable. Let’s take a look at those longest bridges in the world: 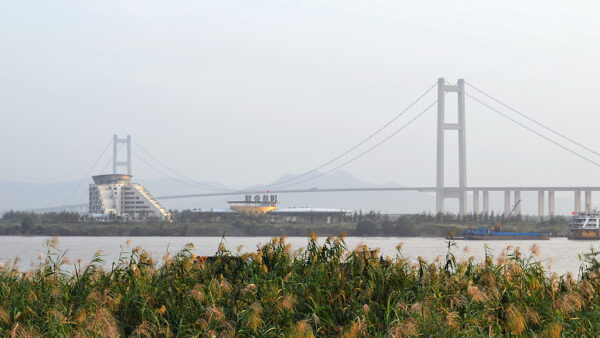 The Runyang Bridge is a large bridge complex that crosses the Yangtze River in Jiangsu Province, China, downstream of Nanjing. The complex consists of two major bridges that link Zhenjiang on the south bank of the river and Yangzhou on the north. The bridge is part of the Beijing-Shanghai Expressway. 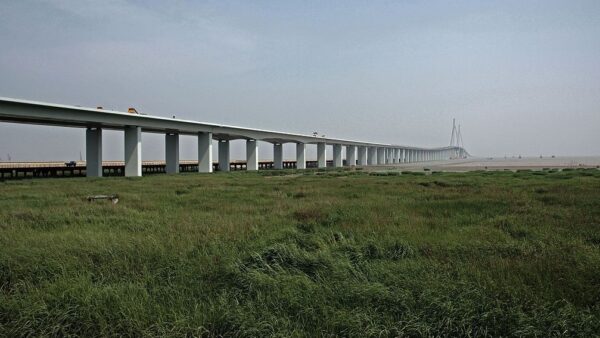 Hangzhou Bay Bridge is a long highway bridge with a cable-stayed portion across Hangzhou Bay in the eastern coastal region of China. It connects the municipalities of Jiaxing and Ningbo in Zhejiang province. At 35.673 km (22 mi) in length, Hangzhou Bay Bridge is one of the longest trans-oceanic bridges in the world. Construction of the bridge was completed on June 14, 2007, and an opening ceremony was held on June 26, 2007, to great domestic media fanfare.

The bridge was not opened to public use until May 1, 2008, after a considerable period of testing and evaluation. The bridge shortened the highway travel distance between Ningbo and Shanghai from 400 km (249 mi) to 280 km (174 mi) and reduced travel time from 4 to 2.5 hours. 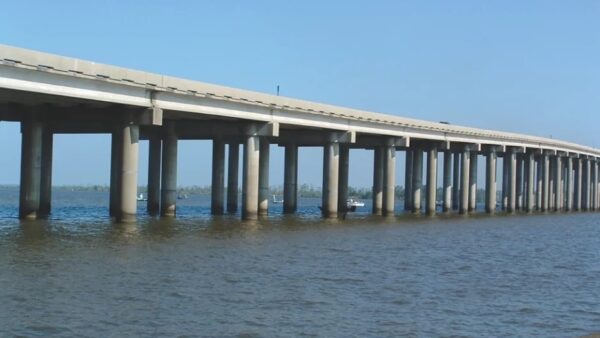 The Manchac Swamp Bridge is a twin concrete trestle bridge in the US state of Louisiana. With a total length of 22.80 miles (36.69 km) it is one of the longest bridges in the world over water.

The bridge carries Interstate 55 over the Manchac Swamp in Louisiana and represents one-third of the highway’s approximately 66 miles in Louisiana. Opening in 1979, its piles were driven 250 feet (76 m) beneath the swamp and with the cost of the span being $7 million per mile to complete. 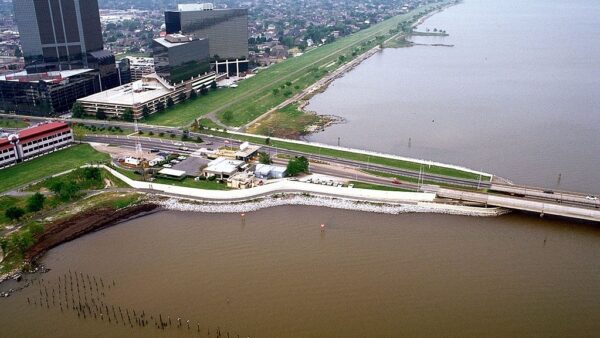 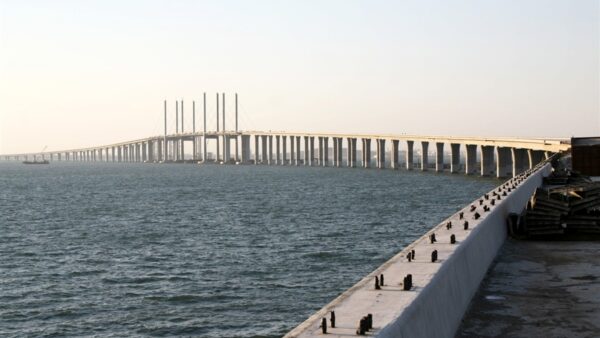 Jiaozhou Bay Bridge is a roadway bridge in eastern China’s Shandong province. It is 42.5 kilometers (26.4 mi) long, making it according to Guinness World Records the world’s longest bridge over water (aggregate length) as of July 2011. 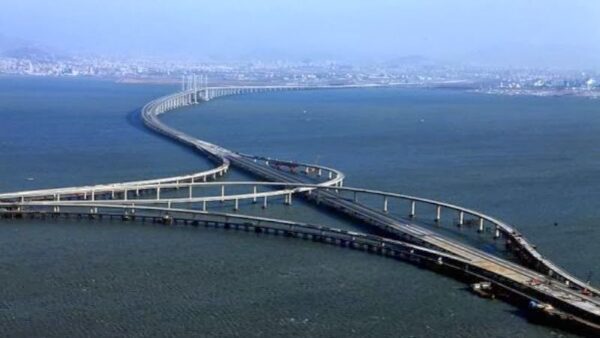 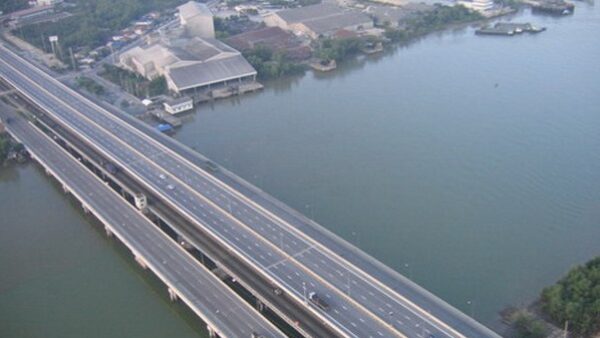 It is a toll road and runs above National Highway route 34, (Bang Na–Bang Pakong Highway) owned by the Expressway Authority of Thailand (EXAT). 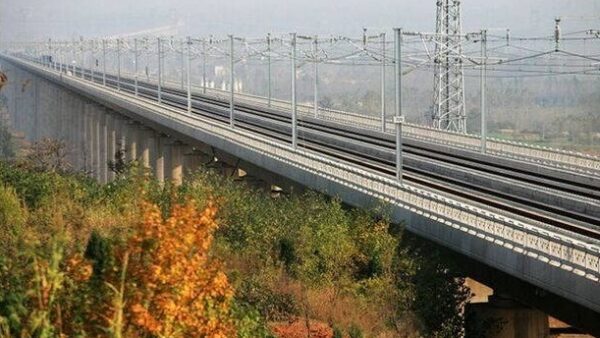 The Weinan Weihe Grand Bridge is in the northern city of Weinan. It is a part of the Zhengzhou–Xi’an High-Speed Railway which connects Zhengzhou and Xi’an, in China. The bridge is 79,732 m (261,588 ft) (49.5 Miles) long crossing the Wei River twice, as well as many other rivers, highways, and railways.

Upon its completion, it was the longest bridge in the world but was surpassed by two new bridges on Beijing–Shanghai High-Speed Railway that was completed in 2010. The bridge was completed in 2008 but the railway line itself did not open until February 6, 2010. 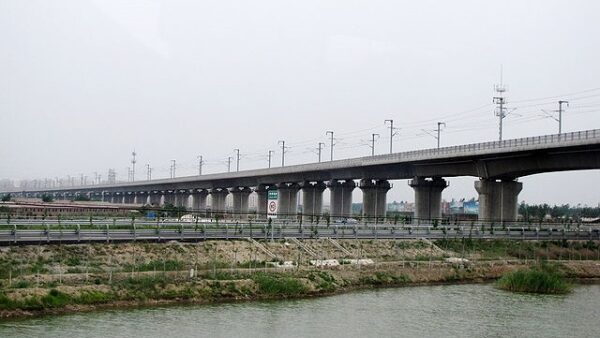 Tianjin Grand Bridge is a railway viaduct bridge that runs between Langfang and Qingxian, part of the Beijing–Shanghai High-Speed Railway. It is one of the longest bridges in the world with a total length of about 113,700 m (373,000 ft), or 113.7 kilometers (70.6 mi).

It was completed in 2010 and opened in 2011. As of 2011 Guinness World Records recorded it as the second-longest bridge in the world. 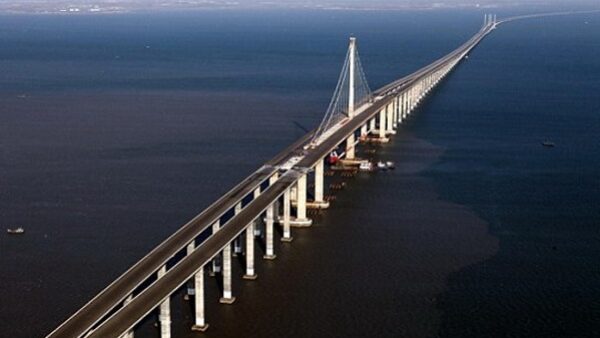 The Danyang–Kunshan Grand Bridge is the longest bridge in the world. This beautiful piece of architecture is located in Qingdao City in East China’s Shandong province.  It has a length of 164,800 meters (102.4 mi) and a span of 260 feet. It includes a 9-kilometers (5.6 mi) long section over water that crosses Yangcheng Lake in Suzhou. It was completed in 2010 and opened in 2011.

Employing 10,000 people, construction took four years and cost about $8.5 billion. Danyang–Kunshan Grand Bridge currently holds the Guinness World Record for the longest bridge in the world in any category as of June 2011.