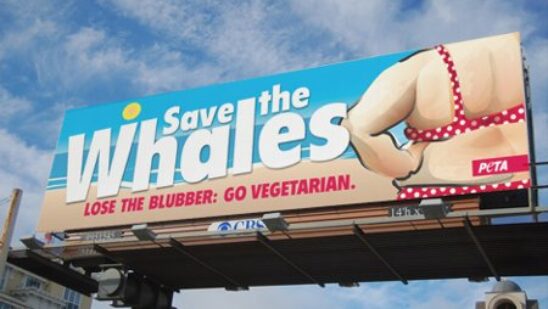 Billboards have been around since the eighteenth century, but today it’s probably not what you think of when you hear the word advertisement. You probably think of something like a pop-up or those commercials that come on the radio. While many of the advertisements still simply deliver their meanings or guide people to places such as Mcdonald’s or KFC etc, there are many of them caught in controversies due to the messages they spread. With the freedom of speech, there is no way to say ‘what can’ or ‘what may be’ put onto billboards, in some locations. We have compiled a list of the 10 most controversial billboard ads which have definitely caught the eyes of many: 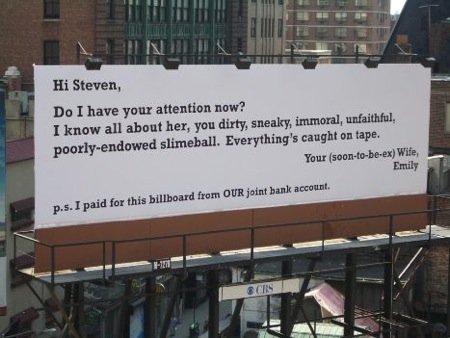 This unusual billboard caught the attention of the media and it went up in New York, Brooklyn, Los Angeles, and Chicago and was associated with the blog That Girl Emily (removed shortly), an unhappily married woman.

Emily was even asked by Good Morning America and British Glamour to tell her story but unfortunately, Emily didn’t exist. It was all a marketing ploy from some reality show which didn’t show up too. 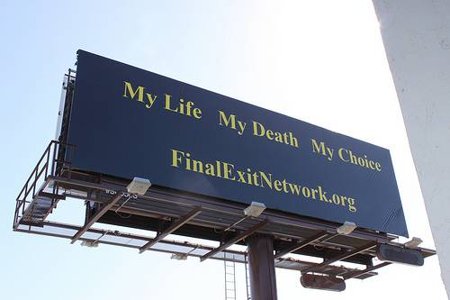 This billboard attracted negative attention as people criticized it to be provoking and encouraging them to commit suicide. 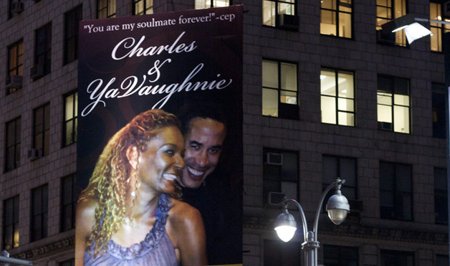 This surely caused a lot of trouble for the Oracle CEO. The billboard was her revenge as Phillips reconciled with his wife. She even made a website displaying photos and letters which was taken down shortly. 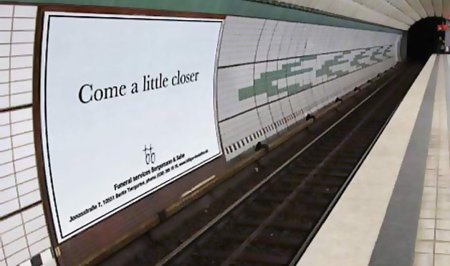 Bergemann & Son Funeral Services shocked many because of its rudeness when picking out the location for their billboard ad. They seemed to have no shame when it comes to finding new customers, as can be seen from this billboard on the Berlin subway.

A funeral home is meant to help you after death, but this one surely wants to get you there as soon as possible. 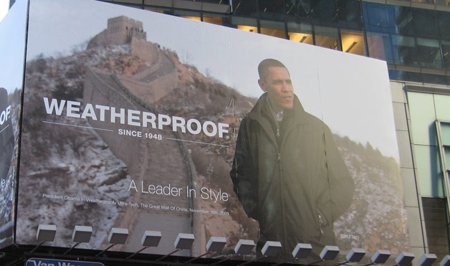 The Weatherproof Garment Company attracted the negative attention of the White House when it created an ad that used an Associated Press photo of the President wearing a Weatherproof jacket.

There was no issue with the installation of the billboard in Times Square, but the company never asked the President for permission in order to put his photo on the billboard, and the White House generally doesn’t utilize the leader of the free world to sell products. 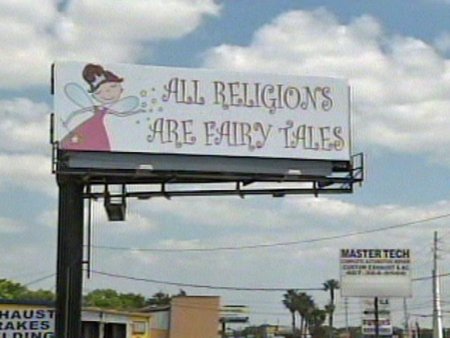 This Billboard caught the negative attention of many as it was disrespecting all religions.

It was soon removed. 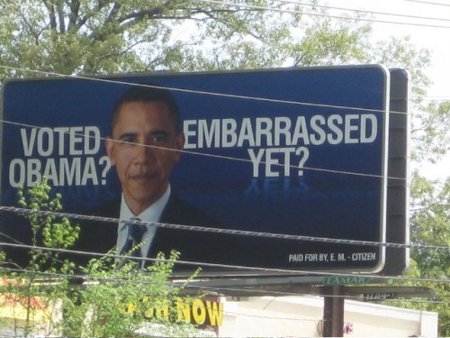 Ellis Miller used his freedom of speech to put this Obama billboard as an expression of his disappointment, and unhappiness with the health care bill, and how things were done in the White House.

At first, it may seem like a young woman is giving you a finger but at a second glance, you may notice a naked ring finger with a charming slogan that she is tired of waiting.

This ad also drew negative attention because most people didn’t bother for a second glance. 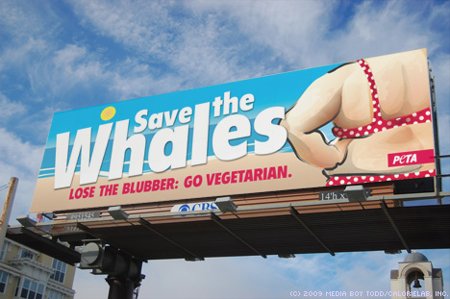 PETA’s diet plan introduced this huge billboard ad that had the message to lose weight and go vegetarian with the insulting headline “Save the whales”.

It drew a lot of attention but mostly in a negative way so it was taken down shortly after it was placed. 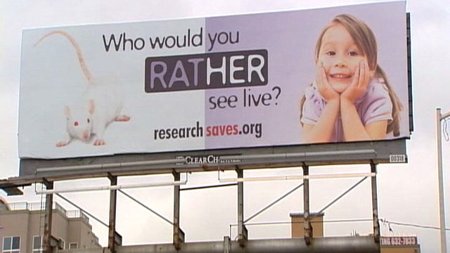 Who should live, a little girl or a rat? The billboard campaign asks for promoting the use of animals in research for human medical treatments. A lot of people found this billboard disturbing.