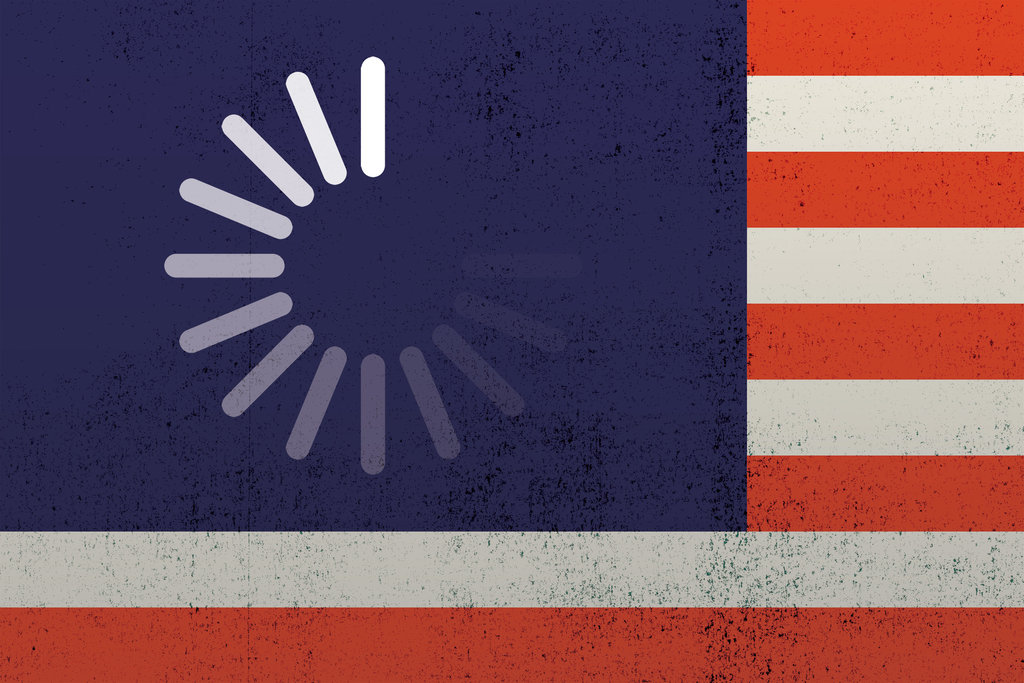 Once upon a time, America was the indisputable leader in innovation. It had the best telecommunications infrastructure, the most advanced technology, and things other countries could only dream of having, like satellites and the internet. Now, America is the one lagging behind. That includes high-speed internet connections. If you ever wondered why internet speed in America lags behind the rest of the world then here’s your chance to get an insight into it:

Not Even in the Top 10 Anymore?

Considering so many Americans use the internet on a daily basis, it’s surprising that the US isn’t even in the top 10 countries with the best download speeds for its residents. There are ten countries that provide better download speeds at lower costs to their customers.

The interesting part? The countries that are ahead of the United States aren’t countries that you would look at and immediately think of as a tech powerhouse. Places like Lithuania, Monaco, Andorra, Qatar, UAE, and Singapore. But, they boast some of the best download speeds around the world.

Why is the U.S. Behind the Curve?

Fiber optic internet is the premier internet technology – so it’s not like the United States doesn’t have the smarts and the technology to offer fast internet (as a matter of fact Google Fiber reaches speeds of up to 2000Mbps, and Verizon too isn’t far behind with 940Mbps downloads).

So if we have the technology and the innovation, why are we still so far behind other countries?

It’s a Question of Maintenance

There are only a few companies that are allowed to upgrade and invest in the aging internet infrastructure. It’s no secret that technology that was current 5 years ago isn’t the most current anymore. It needs to be maintained and updated.

The fault with giving corporations that power revolves around how internet corporations work. In other words, high-speed internet will only ever be installed in locations where it becomes economically feasible to focus on improving the infrastructure itself.

Just look at fiber optics. It’s the newest and fastest internet technology – but it’s only available in very specific areas. And, it’s likely to stay that way.

Even when high-speed internet should be obtainable, companies decide to charge a very high price for even basic internet services. New York has the most expensive internet connection costs in the United States, but the connection speed provided there is still relatively poor. This is a result of the cost of adding in “dense” infrastructure capable of supporting many connections at once. The sole thing preventing Americans from having some of the best broadbands in the world is how ISPs price their internet connections.


Why Doesn’t a Competitive Market Situation Correct This?

Capitalism is built on the theory that the need for better products will foster niches that will drive businesses to provide for the consumer.

The reason this doesn’t happen with the internet is due to the fact that this only occurs in a free market setting.

In other words, the internet is second-rate because companies stifle competition. That means that instead of investing in providing better products to the consumer, corporations are eliminating the competition and focused on taking advantage of the average customer.

What Can People Do About Their Slow Internet Connections?


The best thing to do is to know your options. Even if you live in a rural area, dial-up, DSL and satellite are likely options. Satellite internet is actually faster than ever, with download speeds up to 15Mbps.

The problem is the massive amount of red tape surrounding the entire internet infrastructure. For once, the problem isn’t legal legislation.

Here is an infographic from our folks at InternetProviders that sheds brief light on the critical factors that strengthen slow internet speed in the US: