Where Terminator Completely Missed The Mark 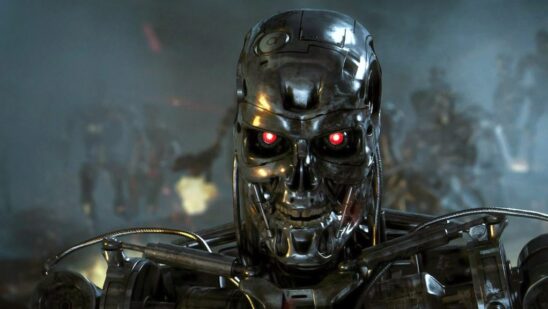 The Terminator films paint a bleak future of post-apocalyptic struggle to cling to life. With Robots able to think for themselves, they have decided that the best course of action is to predictably destroy the human race. Back in 1984 when the first film was released, and much like other films of that decade, there was a genuine feeling that robotics and computer technology would advance at such a rate that it was only a matter of time before we reached the point where we could create a rampant band of bloodthirsty cyborgs. Thankfully for us, the majority of fragging happens in the virtual world over an Internet connection, leaving us free to turn off the computer and go and play in the sun. But how far off were the creators of the Terminator films from actual technology released on judgment day? Here we take a look at where Terminator completely missed the mark:

This is the fateful day in the first film that Skynet goes live. Yikes.

What was actually happening in 1997?

In 1997 Microsoft ruled the roost and was the world’s most valuable company valued at $261 billion dollars. It celebrated this by releasing Internet Explorer 4. Thanks, Microsoft.

Judgement Day is rescheduled to 2004, a date which features in Terminator 3 after the original plan is scuppered in Terminator 2 when the Skynet data center is destroyed. It was a shame; it was a really nice-looking office.

What was actually happening in 2004?

A computer worm called MyDoom was terrorizing everyone on the net after we all became complacent because the millennium bug never materialized.

Another more successful attack on the information superhighway was the spread of phishing. By creating a web page or an email that looked like a real document or webpage from another source, phishing is the act of trying to make you input sensitive information onto your computer.

Mostly credit card details were stolen, with a lot of casual net users falling for the sophisticated scams. Phishing remains a threat today, although you can bet criminal gangs are the ones behind the schemes and not the computers themselves.

Skynet launches attacks with missiles in the television series The Sarah Connor Chronicles.

Well, we are sure we don’t need to get you up to speed with what happened in 2011, we didn’t get annihilated by nuclear missiles but we did have to put up with a Facebook timeline and the underwhelming updates featured on the iPhone 4S.

So, as it turns out, Judgement day was a little further off than people expected.

The last title to be released in the series before the reboot was Terminator Salvation which was set for 2018.

The film shows a new type of cyborg built using living tissue that can infiltrate humans without them suspecting it.

Well, the best that we can do at the moment is to print a non-living tissue robot using 3D metal printing that can identify speech and images using some advanced neural network.

So, as it turns out, the robot revolution is far further off than people expected.