Home » Interesting » 6 Terrible Predictions for the End of the World

6 Terrible Predictions For The End Of The World 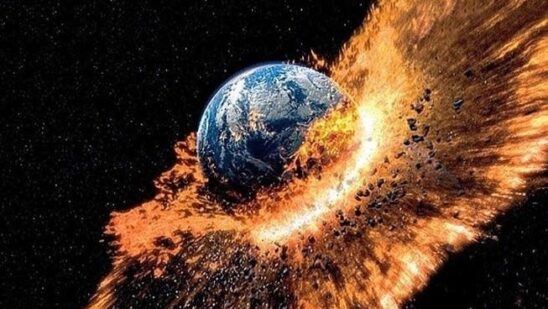 As global unrest, conflict and global warming get worse and worse, more people are turning to prep as they prepare for a life-changing event that will cause global chaos. The preppers use survival websites to learn as much as they can about prepping and see what resources they will need to get by. However, in the past, there are plenty of people who have cried wolf. Throughout history, there have been predictions that the world is going to end, and these doomsday theories have been coming in thick and fast since the 18th century. There is one thing that all these theories have in common and that is their failure to actually come true. The world is still standing through centuries of misplaced beliefs and yet 2012 has been declared the new end-of-world date by the Mayan calendar. Here are the six terrible predictions for the end of the world that didn’t come true, despite the insistence of their theorists: 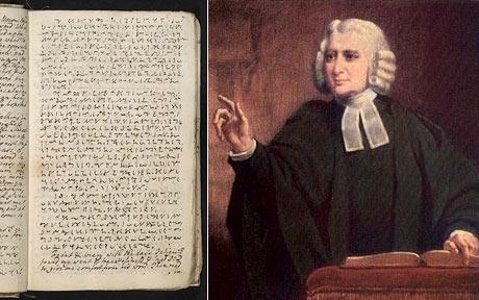 Founder of the Methodist church, Charles Wesley decided back in the 18th century that the world was definitely going to end in 1794.

This coincided with the beliefs the Shakers had about this date and Charles spent his life traveling around preaching to the communities and preparing them for the end. Needless to say, he was wrong and the world continued on without encountering any problems.

Predicting the end of the world seemed to run in the family and Charles’s failure didn’t manage to put off his brother who then predicted that 1836 would be the doomed year. Both Charles and his brother protested their beliefs right up until they died, but nothing ever came of them. 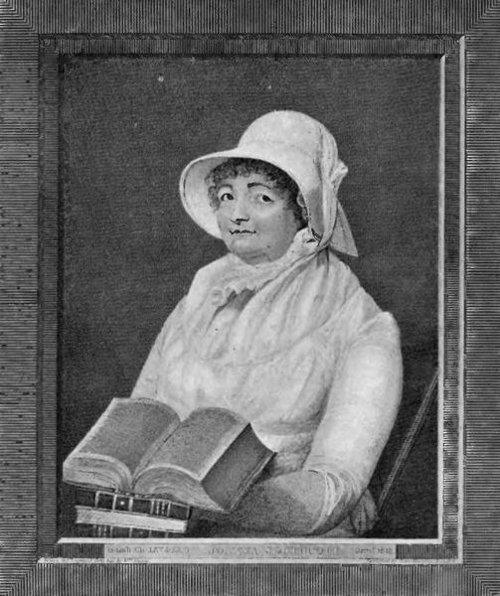 Joanna Southcott, from England, thought rather a lot of herself and declared that the world would end in 1814. How did she know? Well, she was a mystic apparently who had supernatural powers, and not only that, she was to give birth to a messiah leading to the end of the world.

In those days, not much was known about the world and science was still in the early stages, so her proclamation was rather popular, and like others before her, she developed a large following. As you may expect, the world didn’t end but it wasn’t long before it did for Joanna, who died in December 1814 from natural causes. 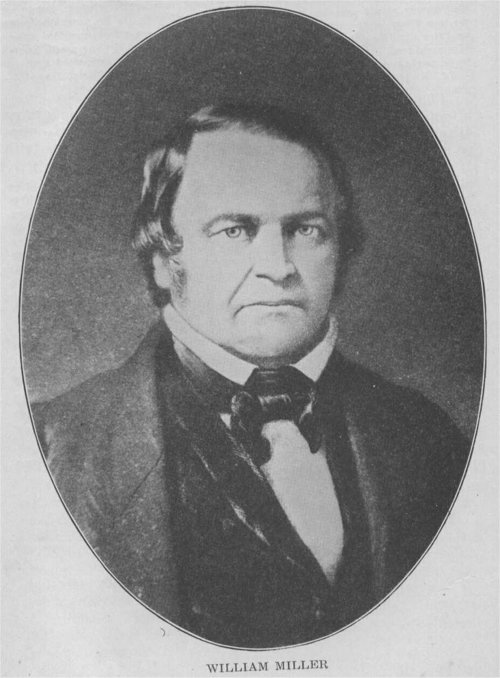 A religious man and farmer William Miller decided that the world was to end between March 21 1843 and March 21, 1844. He had reached this conclusion after years of careful study of the bible and said there was a hidden message within it telling him that God would destroy his own creation at some point during this time.

He was incredibly successful in converting people to his way of thinking and in a few months of preaching had acquired quite a following. So much so that they even took his name and were called the Millerites.

However, when the time came and went the Millerites were left very unimpressed by Millers’ inaccurate predictions and the group went their separate ways. The incident (or lack thereof) has been historically described as the Great Disappointment. 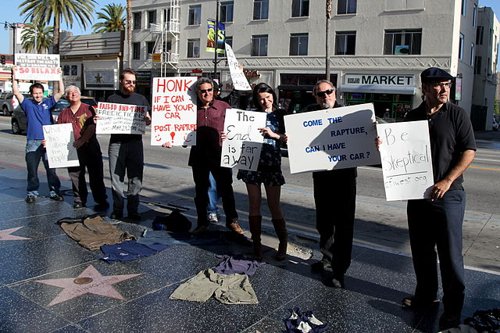 Harold Camping, an American Christian radio broadcaster had a habit of predicting the end of the world. He published a book in the early ’90s called ‘Harold Camping: 1994?’ in which he states the world may end between Sept 15th and Sept 17th.

He stated that many complicated bible calculations had resulted in his theory and that he was positive he was correct. However, he must have been glad he added the question mark at the end of the title as the world didn’t end. 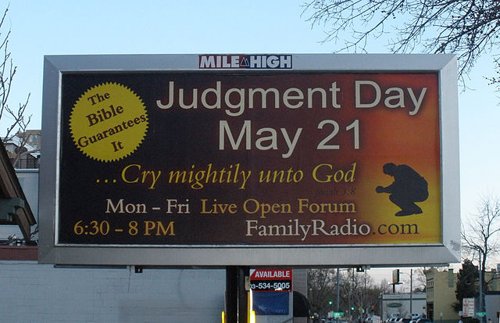 Camping then declared that the world would end on May 21st, 2011, but again he was wrong. Like William Miller, he attained a following so dedicated to his predictions of doomsday, that some went as far as to invest their entire life savings in advertising campaigns for the impending rapture.

When the sun rose on May 22nd, a very sheepish Harold Camping revised his claim to state this was merely the spiritual rapture, and that the physical installment would occur six months later on 21st October. There are only so many times someone can cry wolf and the world has thankfully stopped caring.

Harold did have one last piece of recognition, though, when he was awarded Ig Nobel Prize in September 2011 for:

“teaching the world to be careful when making mathematical assumptions and calculations”. 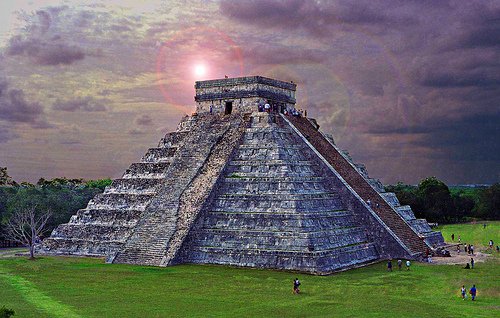 The next doomsday poor earthlings have to contend with is the 2012 Mayan calendar theory, which has gained a huge amount of publicity in recent years. A simplified explanation of the theory is that the Mayan calendar will display a series of zeros on December 21 2012 signaling the end of their cycle of time.

At least you can save money this Christmas! With no calendar left, theories predict the world will simply come to a natural end; one which had been planned years ago when the calendar actually came into existence. 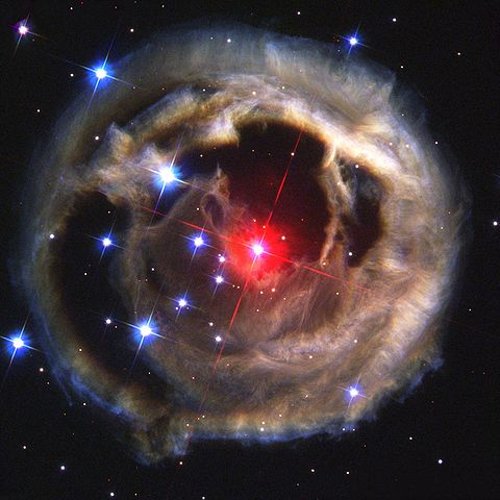 The most heinous belief is that Planet X, or Nibiru, will collide with Earth on this day. NASA has since laughed off such claims with the sound argument that if a planet was on a collision course with us, we would see it by now.

Modern-day Mayans have an equally dumbfounded view of the Western world’s obsession with doom and gloom, and instead, see this as a significant date for some kind of spiritual renewal.