What Is Google’s Android Operating System? 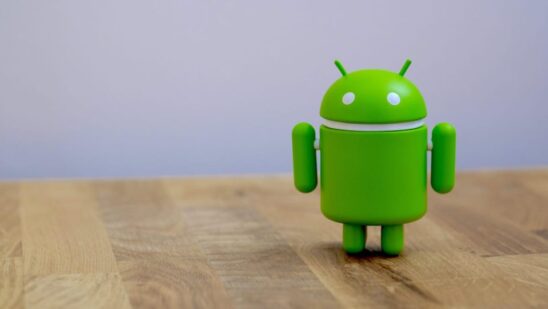 Google’s Android operating system (OS) is the most popular smartphone platform in the world and is the software behind some of the most powerful handsets on the market, including the Samsung Galaxy Note II and the HTC One X. Founded in 2003 by Andy Rubin, Android was brought by Google in 2005 and developed into what it is today – a flexible mobile platform that powers flagship devices as well as many budget phones. Let’s take a deep look at what is Google’s Android operating system:

Unlike other mobile platforms, Google’s OS was developed around the Linux open-source software with its adaptable and customizable nature becoming an intrinsic part of Android’s makeup. Its open-source nature means that manufacturers and even end-users are able to adapt the various iterations of the software how they see fit, making it inherently desirable for those partial to customization.

There have been quite a few iterations of Android to date and since early 2009 Google has gradually introduced new features to its OS through various updates. Each variation is named after a particular item of confectionary, with titles proceeding in alphabetical order.

The first significant update to roll out was Cupcake (Android 1.5), which enabled the platform to move to full touchscreen handsets. This was shortly followed by Donut (Android 1.6), Éclair (Android 2.1), and Froyo (Android 2.2), with Gingerbread (Android 2.3) eventually emerging onto the scene in December 2010.

Honeycomb came next but it was primarily tailored for use on tablets which limited the devices available to run it. So, the next significant development for users was Ice Cream Sandwich which surfaced in 2011 and has subsequently featured on many flagship devices this year. For the first time, users were presented with onscreen navigational keys as well as the mobile version of Google’s Chrome browser.

The latest iteration goes by the name of Jelly Bean and was announced several months ago, but it’s only just coming to leading handsets. Some of its new features include the Google Now software assistant, Project Butter software, which improves the responsiveness of the user interface, enhanced contactless data transfer via Android Beam, and improved web browsing.

However, despite being released almost two years ago figures from the Android Developers forum reveal Gingerbread continues to dominate, powering 54% of Android devices across the globe. And when you consider that according to US research firm IDC, Android actually accounts for 68% of all smartphone purchases worldwide, that is quite a large number of devices.

With so many different devices running so many different iterations of Android, rolling out software updates is often a problem and new versions are sporadically adopted and taken up over a long period of time, rather than in one fell swoop.

Every time a new iteration is launched it must be adopted by a manufacturer should it want to incorporate its own user interface, before being approved by the mobile networks that carry the device. This results in a long and laborious process and means many handsets never receive an update from their original software.

When compared to the likes of Apple, which saw 60% of its users running the latest version of iOS, as seen on the iPhone 5, just two weeks after its release, it certainly highlights a hurdle for Google in the future.

Android’s open-source nature also changed the way third-party apps were developed and introduced, transforming Android into a playground of activity, so anyone can access the source code and develop it as they see fit, unlike iOS developers who must meet stringent controls set by Apple. However, with this came an abundance of ad-heavy apps full of mobile phone deals and the advent of malware for phones.

Google recently tightened its approval process, however, introducing new rules about the type of content apps can offer as well as the level of advertising they bring, that said, there are still third-party app stores hosting malicious apps and due to its open-source nature, Google has no control over them.

What Does the Future Hold?

Despite drawbacks, there’s no denying the little green robot-fronted platform has elevated Google to major player status in the mobile operating system world.

Android already has a strong positioning on the market due to its innovative and flexible nature and with the backing of Google, it looks set to remain successful for quite some time.

There’s been some speculation about the next iteration of its platform; Key Lime Pie, but details are still thin on the ground so it looks to be a long way off yet.

Another possibility is that Google’s Nexus project could evolve to see the software giant develop its own handset. The Nexus range has already seen the release of Google-branded devices running a ‘pure’ version of Android and stepping away from the user interfaces manufacturers such as Samsung, HTC, and LG used to put their stamp on the software.

Recently Google bought the mobile arm of Motorola and is said to be working closely on the manufacturer’s up-and-coming smartphones, so the move over to the production of hardware is certainly possible. That said the likes of Samsung and HTC which fly the Android flag may not welcome the shift as it would put Google in direct competition with them.

For now though, as long as Android looks to remedy fragmentation issues, it’s likely to increase its market share even further over the coming years. But, the question is, how much larger can the gap between old and new variants of its OS get before users start noticing what they’re missing out on?