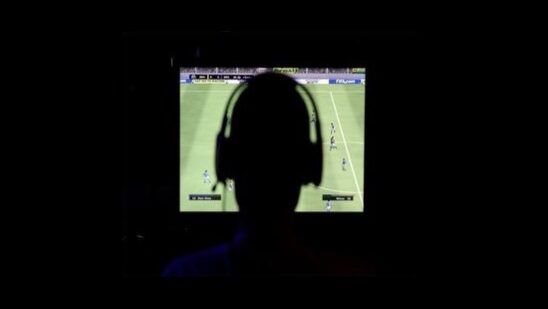 For the last few decades, video games have been repeatedly blamed for all kinds of social problems, including violent crime, obesity, dangerous driving, poor educational performance, and even terrorism. Certainly, according to many mainstream media outlets, video games remain the cause of many of society’s ills. However, this demonization of the gaming industry actually flies in the face of science. Indeed, if the cliched narrative of video games as an evil influence on people has cast a shadow over the industry, a conflicting truth is gradually becoming more illuminated, as scientific research has found that gaming can actually lead to a range of health, academic and social benefits. Perhaps one of the most interesting benefits that video games can bring about is improved mental health, with studies suggesting that games can contribute to a better overall mood in several key ways and that the gaming industry could be responsible for helping people to cope with a number of different psychological disorders. Let’s discuss in detail whether video gaming could help to combat mental health issues:

One way in which video games can help to promote positive mental health is by improving the mood of the person playing the game. This was demonstrated recently by a study commissioned and funded by PopCap, which suggested a link between video gaming and reduced levels of stress.

The study focused on the game Bejeweled, a puzzle game, and found that those playing the game displayed improved heart rhythms, reduced tension, and improved mood. According to Carmen Russoniello, from East Carolina University, people in the western world find it difficult to switch off and display increased levels of alertness, associated with stress. Playing video games can serve to keep people occupied whilst reducing stress levels.

A Swedish study, carried out by Peder Stenberg, an ethnologist at Umeå University, found that video games can enhance a person’s social interaction. Using the game World of Warcraft, Stenberg’s study found that, despite the stereotype of video gamers being loners, regular players of World of Warcraft developed improved social skills, leadership ability, and a sense of collective society, formed with other players. In addition, Stenberg claims the game increases self-esteem by giving the gamer a feeling of usefulness, similar to that gained from having a job in the real world.

By improving social skills and raising self-esteem, video games could help in the management of psychological disorders such as social anxiety disorder, depression, and even body dysmorphic disorder.

A study published in the American Journal of Preventative Medicine found that video game exercising improves both the body and mind and, in actual fact, can be more effective than traditional exercise in gaining cognitive benefits. The study compared traditional cycling to cyber cycling and found that mentally engaging with an ‘exergame’ whilst simultaneously exercising had greater potential to fight off cognitive decline.

Volunteers in the study were aged between 58 and 99 years of age and Dr. Cay Anderson-Hanley believes virtual reality-enhanced exercise games could increase participation in exercise amongst the elderly.

Anderson-Hanley’s research found that virtual exercise reduced the chances of mild cognitive impairment by 23% and the study has been called “interesting” by Alzheimer’s Research UK. It is believed that virtual reality-enhanced exercise, including Wii Fit, could help to combat dementia.

While video games are often considered a negative influence on the current generation of youth, increasingly, research is finding that they offer up a range of benefits. One of the most interesting and crucial benefits relates to mental health.

Video games can improve a person’s mood, reduce stress, enhance social skills, raise self-esteem and serve as a distraction, meaning they could potentially play a role in the management of mental health issues such as depression, social anxiety, and self-esteem-related disorders.

Moreover, research has found that ‘exergames’ have the potential to combat cognitive decline amongst the elderly, which means that video games could also play a role in the fight against Alzheimer’s and dementia.