5 Best Geek Movies Of All Time 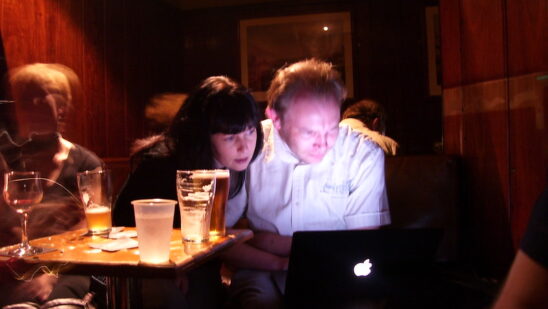 Geeks come in all varieties, each specializing in its own niche. Somehow, despite that, there still has emerged an overarching geek culture, the media of which will be easily identifiable and widely loved by the vast majority of people who call themselves geeks. The movies of geek culture range from obscure cult classics to pop culture staples and deeply entrenched icons. While there is a huge proliferation of the former, far too many to name, the latter are limited but have nonetheless defined both geek culture and shaped pop culture overall. These 5 flicks are the best geek movies of all time and are enigmas or the definition of the geek genre:

Everything from its iconic slogan:

“In space, no one can hear you scream,”

to its Freudian imagery echoes through pop culture, and geek culture specifically.

4. The Lord of the Rings: The Return of the King

Tolkien’s classic book trilogy has inspired so much of modern geek culture it’s hard to know where to start. From Dungeon and Dragons to World of Warcraft and thousands of fantasy novels, they all have their root in the popularization of Tolkien’s work by the nineteen sixty’s counterculture.

The story has seen yet another Renaissance in the form of Peter Jackson’s movie adaptation which inspired a steep rise in the franchise’s fan following. Widely agreed upon as the best in the trilogy, The Return of the King takes this slot.

Widely regarded as a masterpiece of the silver screen within and outside of geek culture, 2001: A Space Odyssey remains an enduring classic.

Its themes of artificial intelligence resonate strongly and capture the imagination of each new generation of geeks, and its masterful touches and almost neurotic attention to detail leaves the film rich for movie geeks to pick apart viewing after viewing.

Is there anything that says “geek” more than Star Wars? This franchise, with its revolution in special effects, classic story-telling, space fantasy setting, and a dusting of Eastern mysticism, captured the minds and imaginations of a generation of young geeks.

It spawned the kind of devoted following geek culture that may as well have a trademark while reaching and forever changing pop culture as a whole. Still cited today as both a classic and milestone of film, the agreed-upon best of the Star Wars franchise, The Empire Strikes Back, deserves its place at number two.

Even more so than Star Wars, the Star Trek franchise embodies the essence of geek culture. With its highly enthusiastic fan base and inexorable mark on pop culture as a whole, Star Trek remains the cornerstone of geek culture in the public eye. Unlike Star Wars, however, Star Trek is true science fiction, not simply space fantasy.

Setting the imagination of nerds and geeks everywhere wild, the premise of Star Trek — a united Earth and galactic Federation with faster-than-light travel — still echoes loud throughout pop culture.

Of the Star Trek movies, The Wrath of Khan strikes the perfect balance between the core engagements of the premise, the classic characters, and artful storytelling, earning its place at number one in our list of best geek movies ever.