Top 6 Weirdest Airports In The World 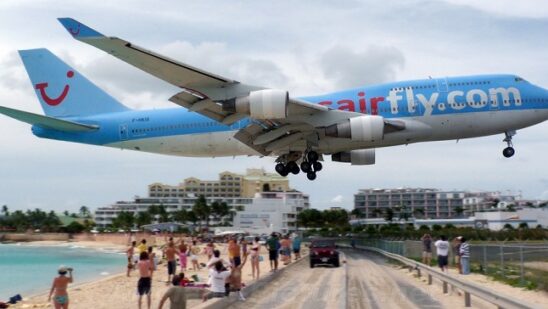 Man’s ongoing love affair with international travel and the convenience of flight has often tested the ingenuity of airport planners to the limit. More often than not the sheer impracticality of building an airport in a particular location isn’t enough to deter construction, and determination in the face of adversity has resulted in some pretty strange airports. But even when an airport conforms to the ideal standards for practical aviation, sometimes we can’t help ‘enhancing’ it just that little further as the first example in our guide to some of the weirdest airports in the world demonstrates:

6. And Finally… the Airport that’s Larger than a Country

When available space is no object, you can build an airport as big as you like. Where else but Saudi Arabia would you expect to find the biggest airport in the world? Covering more than three hundred square miles of desert Dammam, King Fahd International Airport is actually eleven square miles larger than the nearby country of Bahrain.

If that seems difficult to put into perspective, London’s Heathrow Airport covers an area of around five square miles.

5. If it Doesn’t Exist, You Have to Create it 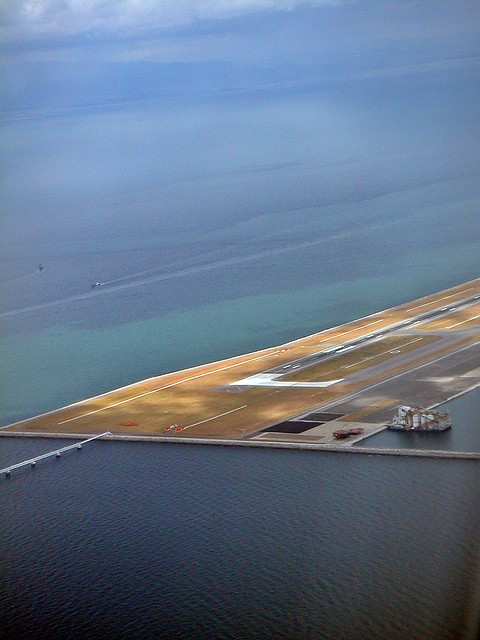 What do you do when land space is at such a premium there really is nowhere to build a new airport? Faced with this problem, Japan built an entire new island to house Kansai International Airport. Located in Osaka Bay, Kansai Island which is four kilometers long and two-and-a-half kilometers wide is entirely man-made and required the excavation of three mountains to provide the landfill for it.

Constructed to withstand earthquakes the airport handles more than six hundred international flights each week. Boasting one of the longest passenger terminals in the world, Kansai International Airport must be one of the few airports in the world from which you can pick up a ferry as well as a taxi to your hotel. 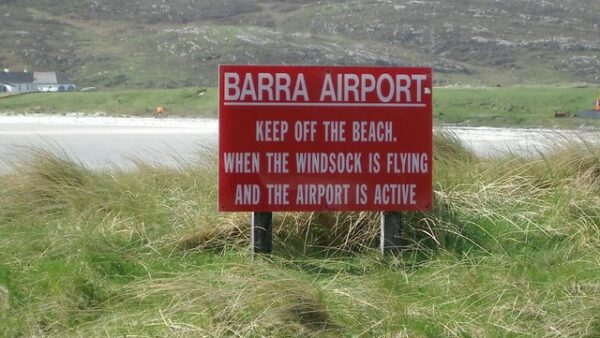 For a Hebridean getaway, the tiny Scottish island of Barra has it all: clear blue skies, rugged landscapes, wildflower meadows, and golden sandy beaches. Barra handles around a thousand flights every year.

Nothing unusual in that, of course. Except that Barra Airport doesn’t have a runway. Uniquely, all of Barra’s flights land upon and take off from the beach. Scheduling flights to Barra can be a logistical nightmare because, at high tide, the beach is underwater. 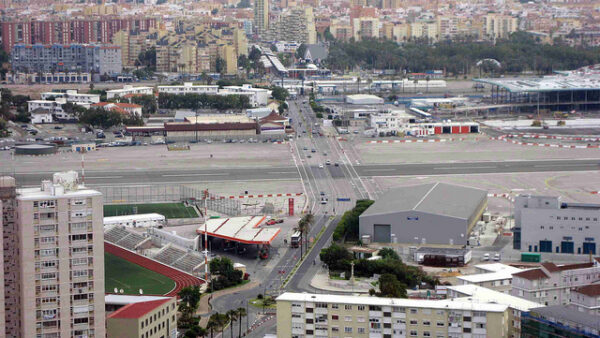 Sitting at the foot of the Iberian Peninsula, where Europe meets Africa the tiny British outpost of Gibraltar is a fabulous holiday destination. Unfortunately, due to Gibraltar’s size compromises had to be made in the layout of Gibraltar International Airport. As a consequence, Gibraltar’s busiest motorway intersects directly with the airport’s runway.

The novelty of this arrangement comes into its own when you’re driving back to the airport and you have to stop to allow an Airbus A320 passenger jet to cross in front of you. New Zealand, being somewhat larger than Gibraltar, you might have expected to have avoided such arrangements but at Gisborne Airport on North Island, the planes occasionally give way to the passenger or freight trains on the railway track which cuts across the runway. 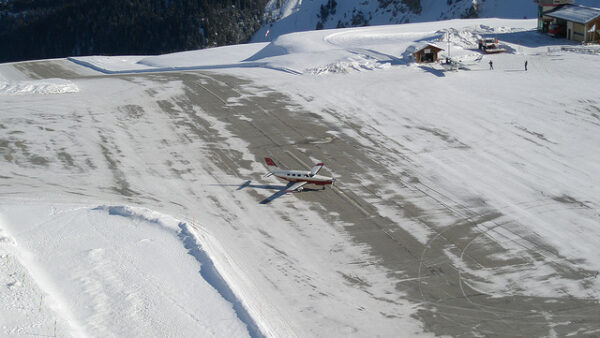 Fly to the renowned French ski resort of Courchevel and the first thing to take to the slopes will be your plane. Not only is the runway at Courchevel International Airport in the French Alps close to the ski slopes, but it’s also on an 18.5% gradient which effectively means that you’re traveling uphill as you land and downhill as you take off.

On the plus side, if you’re in a hurry to get your skiing holiday underway you could probably just pick your skis up from baggage reclaim, pop them on and ski from the airport to your resort. 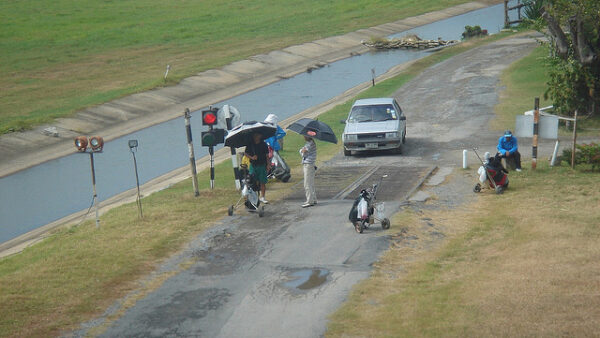 There’s nothing new about taking a golfing holiday, but Thailand seems to have taken the concept to its logical (or, frankly illogical) conclusion at Bangkok’s Don Mueang International Airport by building a full eighteen-hole golf course between the airport’s two main runways.

Consultants who suggested alterations to the airport to facilitate an extra taxiway for the planes were met with the objection that this would mean the loss of one green and one fairway.

If you fancy the idea of playing a round of golf as passenger jets take off and land on either side of the course this is the airport for you but aim your drives carefully – with so many aircraft around you definitely don’t want to make a hole in one.