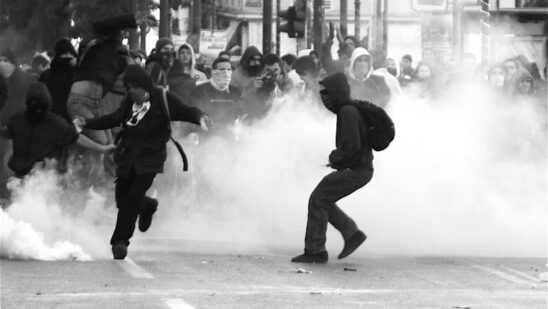 Politicians are always going on about how to lower the crime rate. They talk about increasing police numbers, introducing harsher sentencing, and have even decided to go easier on people who defend their property by use of force. This is all very well, but there are some surprising things that statistically lower crime far better than politicians ever have:

This is quite bizarre, but it seems that the effects of crack are just so scary that even addicts got freaked out by it. When it was first introduced into the world in the mid-’80s, crack addiction quickly became big news.

The crime rate soared as addicts sought new and interesting ways to pay for their addiction, but soon, even addicts and their addled brains saw what it was doing to people and started avoiding it. Consequently, the crime rate started to go down and down. The drug-related crime rate was also helped by odd fact number two…

Plenty of Drugs To Go Around

It’s a question of supply and demand. Simple business sense. When drugs are scarce, it’s a sellers’ market and the price goes sky high. This leads to a higher crime rate as desperate addicts try and get the money that they need by any means possible. Turf wars broke out as rival dealers started offing each other as they tried to corner the market.

But then, drugs such as cocaine became readily available and people could actually afford their drugs without robbing convenience stores. Drug dealers couldn’t be bothered to start turf wars over something that wasn’t bringing in much money, so the murder rate also dropped significantly.

The Increase in ‘Geek’ Crime

It used to be the case that gangs of youths would go around busily murdering other gangs of youths, but although there has been a massive increase in the number of gang members over the last decade, gang-related crime has actually dropped.

There may be the occasional gang war that hits the news, but most of the gangs now are busy at their computers, with crimes such as identity theft, fraud, and counterfeiting taking over from the more violent crimes of old.

Eliminating The Lead From The Environment

Who’d have thought it? It seems that lead exposure played a big part in our tendency to criminal behavior and although it wasn’t to blame for everything, in countries where there was a concerted effort to get rid of lead in everyday products crime dropped. Paint, petrol, and even vinyl kids’ lunch boxes have contained lead in the past.

As there is no safe level of lead exposure, it caused low intelligence and even schizophrenia which in turn meant that the crime rate was higher and the average criminal lawyer had a greatly inflated number of clients. When the lead was cut, the problem started to disappear.

Now they’re often blamed for increasing the crime rate, but illegal immigrants had the opposite effect on the figures. Statistics from American cities showed that those areas that saw the biggest increase in illegal immigration in the decade up to 2000 also saw the highest drop in robberies and homicides.

No one has any idea as to why more illegal immigrant means fewer crimes, but the facts are there. Eight of the top ten safest cities in the States are those that boast the highest immigrant populations.