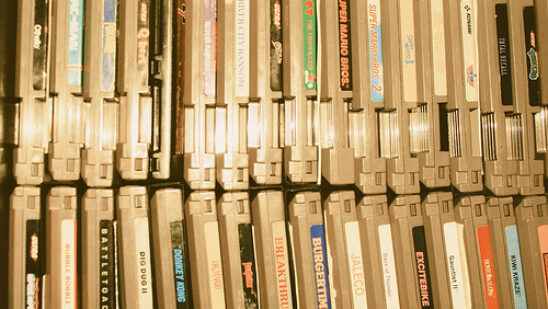 Now and then, TV writers drop a fictional video game into their storyline, relishing the opportunity to create a game concept with very few boundaries (for instance, taste). There have been some great fictional video games in recent years, which make us hope that somewhere philanthropic programmers might be making real versions for our amusement. Here is a list of video games we wish existed for your viewing pleasure:

Let’s start with a classic. Matt Stone and Trey Parker possess an uncanny ability to weave current cultural issues into South Park episodes. In the famous “Chinpokomon” episode, they seized upon the Pokémon craze and created a fictional range of Chinpokomon products, including a video game that gives poor Kenny a seizure, which is part of a covert operation launched by the Japanese government to brainwash American kids against their country.

Perhaps one day we’ll be able to catch ‘em all.

Remember the awesome “Grand Theft Arlen” episode of King of the Hill? During the surreal story, Hank becomes utterly obsessed with a video game called Pro-Pain!, which appears to have been inspired by Hank’s life and the Grand Theft Auto series.

Attempting to clean up crime within the computer world, Hank resolves to take his virtual selves out. Who wouldn’t want some real Pro-Pain! to fill up their time?

Is it a bird? Is it a plane? No, it’s a massive beardy-weirdy swooping in to snuggle you. Tairy Greene, AKA The Snuggler, has the most limited skillset of the superheroes, but that doesn’t stop him from enveloping the vulnerable with his chubby hugs. Zach Galifianakis’ comic character actually appeared in his own video game during a brief skit in Tim and Eric Awesome Show, Great Job!

It was a tantalizing glimpse at a better future world, where snuggling finally goes mainstream.

Ouch, low blow. In the wake of the Tiger Woods sex scandal, South Park creators Trey Parker and Matt Stone decided to take a swing at the former golden boy of golf. In the episode titled “Sexual Healing”, an advert for an Xbox 360 version of EA Sports’ Tiger Woods PGA Tour 11 turns the golf game into a beat-em-up battle between Woods and his ex-wife Elin Nordegren.

The talented writing team behind The Simpsons has dreamt up a number of fictional video games for everyone’s favorite yellow family to play. While Bonestorm and Lee Carvallo’s “Putting Challenge” deserve honorable mentions, the boxing sim Super Slugfest provided bigger laughs, as Homer haplessly strove to put an end to Bart’s reign as undefeated champ.

Being able to re-stage this epic cartoon clash would be fantastic. Game developers, glove up!

(Imagine this, only with more blood and worse graphics – fox took the video down)

Did you like our list of video games we wish existed? Let us know in the comments section below!