5 Terrible Celebrity Drivers Of All Time The whole point of being a celebrity is that someone drives you – but for some celebs, losing a grip on a steering wheel is one pleasure they cannot forego. And sometimes a celeb at the wheel can be a road traffic accident (RTA) waiting to happen. Aside from the celebrities who tragically met their maker after an RTA, there are plenty more who lived to carry on and carry off the title of “Worst Celebrity Driver”. Which really was the title of an ITV game show – honest. (UK TV actress Linda Robson won the first series because she couldn’t tell left from right. Be afraid – very afraid.) Without further ado here we take a look at the top 5 terrible celebrity drivers of all time: Possibly Jay Kay from the band Jamiroquai – not because he wrought utter havoc on the road and terrorized those in the slow lane; but mainly because he managed to write off his $360,000 magenta Lamborghini Diablo SE30 Jota, simply by trying to turn it on the road.

After the laws of physics took hold, Jay Kay ended up on the verge with the car wrecked – but thankfully survived to pay a £750 fine and did not harm any other road users, except the Lamborghini (image showed above). 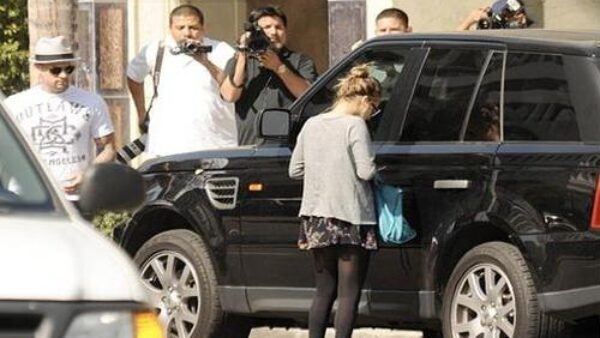 A friend of Paris Hilton, Nicole Richie, has also had her name up in (head) lights as a result of her accident record, and in 2003 was convicted for driving with a suspended license and possession of class A drugs. In 2006 was charged with driving under the influence after she was stopped while driving the wrong way down a motorway.

In 2008 she was ordered to undergo a mandatory driving program. So those are the top four worst celeb drivers and who could possibly be the fifth? Paris Hilton has had a few brushes in her motoring career, but her little brother Conrad Hilton got off to a flying start with his road traffic accident portfolio when he hit a parked car and drove off.

The 17-year-old heir to a fortune was defended by his dad, who said his son swerved to avoid a dog. Top marks for instinctive animal husbandry in the face of a car accident. 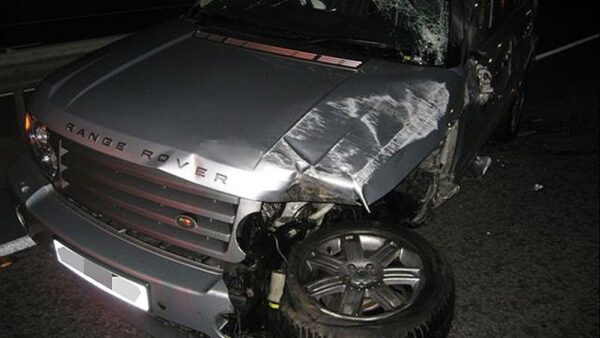 George Michael has almost made a second career out of – well careering about in his car. Sometimes it seems that if George can hit it head-on in an RTA, he jolly well will. In 2010, George showed Lindsay Lohan a thing or two when he was given eight weeks in prison and a five-year driving ban after crashing his car straight into a Snappy Snaps shop.

George also received a two-year ban in 2007 after smashing into the back of a truck in his Range Rover (image shown above) and admitted driving while under the influence of drugs. More snappy snap is needed on the brake, maybe. 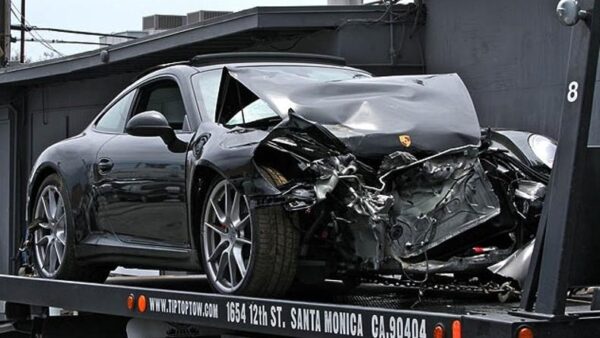 America’s very own bird of a feather Lindsey Lohan is famed for her court appearances and now she has very nearly added a hit-and-run to her portfolio of misdemeanors. Li-Lo, however, avoided being prosecuted for allegedly hitting a pedestrian in New York and then peddling off down the street as if nothing had happened.

No case had been prepared anyway and CCTV footage showed there was insufficient evidence. Just not trying hard enough, Li-Lo.

What are the most terrible celebrity drivers in your opinion? Share your thoughts in the comments below!