Plastic surgery: it all starts off so innocently in Hollywood. A sly envious glance at the A-lister sporting the smooth forehead, lack of crow’s feet, and pillow lips that imply the use of Botox and filler, and before anyone can say, “and the Oscar for most expressionless face goes to…”, it’s a nip here and a tuck there. Though cosmetic surgery on actors and actresses in Tinseltown is fine to a certain extent, the problem comes when plastic surgery goes bad. You can pay so much to get multiple procedures done, but when you are still not happy with how you look, that’s where the real problems begin. There is no hiding from the world then. Here are five of the worst celebrity plastic surgery disasters: 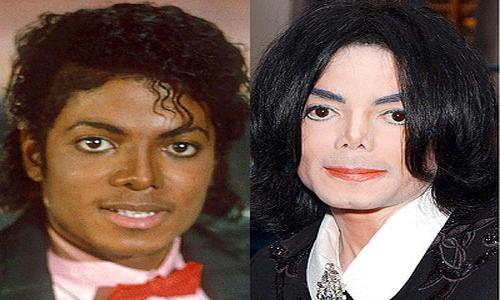 While it may be unkind to target the dead, no list of plastic surgery disasters is complete without a mention of Michael Jackson. He may have been the king of pop, but his surgery was in a different class – and not in a good way.

Stretched skin, a nose that looked like it could fall off at any moment and arched eyebrows all spoke of operations that should never have been done. 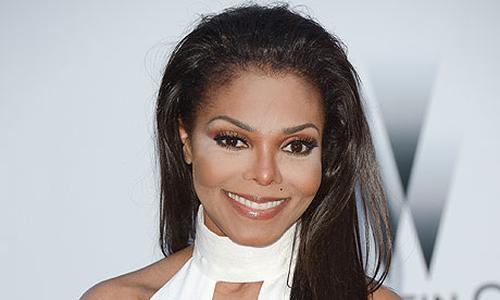 Photos of her show an indentation in her right breast, which would seem to be the result of a breast enlargement that went awry. Not good, not clever, and showing it off in low-cut dresses is just ill-advised. Joan Rivers is someone who has clearly been nipped and tucked more than most, yet seems to revel in the strange lack of expression her disastrous plastic surgery has left her with. 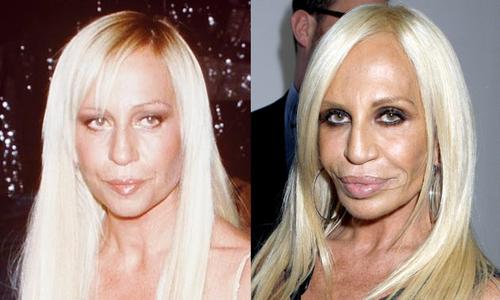 When it comes to cautionary tales of just what effect tinkering with nature can have on the human face, some would say that Donatella Versace is the poster girl for steering clear of surgery.

Whether it’s the taut face, enormous trout pout, or nose that overshadows all of her other facial features, the look is certainly not a good advert for plastic surgery; indeed, the overall result is both terrifying and freakish. Proof, if any were needed, that money does not always buy good taste. 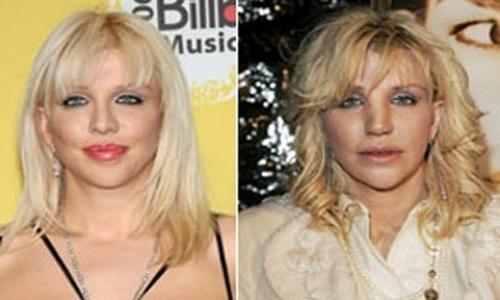 Last but not least, the one woman on this list who knows from first-hand experience that bad plastic surgery can kill. Yes, Courtney Love left a spare or old breast implant lying around her house, which her dog was poisoned by after he swallowed it.

Implants aside – and she appears to be rocking another dodgy pair – Botox appears to be standard, the lips look suspiciously puffy and her face is unlined.

So beware, Tinseltown wannabes, you can have too much of a good thing. If that too much happens on your face, the whole world will see and laugh at you as being another perfect example of a plastic surgery disaster.

Did we miss any of the popular celebrity plastic surgery disasters? Let us know in the comments below!