Hollywood friendships are interesting enough when they’re conventional pairings. But the fact the celebs mentioned below have forged lasting friendships is surprising to say the least. You too will be convinced that Tinsel town is one crazy place after checking out these unusual celebrity friendships: 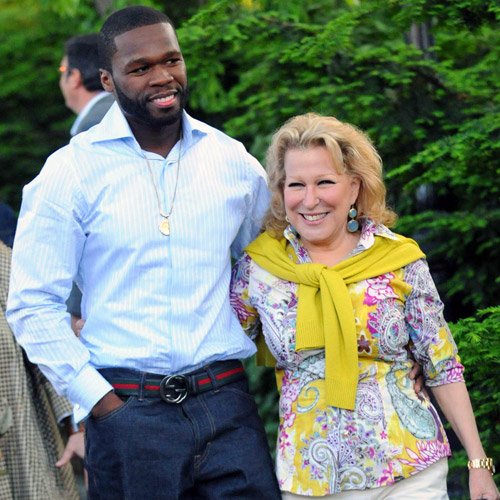 Bette Midler rose to fame as a theater star and is famous for her charity work. 50 Cent grew up on the streets of New York and has been shot 9 times. You couldn’t pick a more unusual celebrity friendship if you tried.

They were first acquainted when Fiddy did some work on an environmental project that Midler started. They’ve gone on to form a unique bond, and have even hinted they may collaborate musically in the future. Midler describes her rap star friend as a “doll” who she “loves”, while Fiddy has promised to take her to the candy shop and let her lick his lollipop. Ok so we made up that bit about the candy shop but you never know, it might be true… 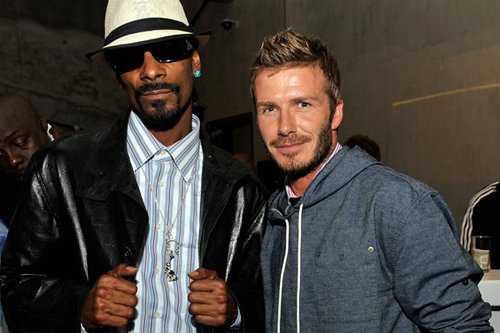 It seems that David Beckham has become friends with pretty much everyone in Hollywood, but Snoop Dogg is certainly one of his more unexpected buddies.

Becks himself has described the friendship as “weird”, but considers the Doggfather to be one of his closest celebrity friends. So what shizzle have the pair got in common? Well I guess they’ve both got a lot of tattoos, and are fond of the odd crazy hairstyle. That’s all I’ve got. 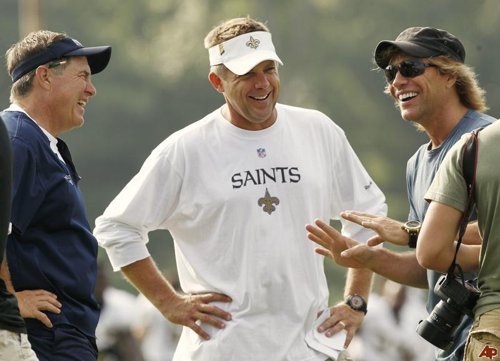 But this celebrity friendship has gone past the point of convenience and has developed into something quite special. Belichick has been known to join Bon Jovi on stage to sing the odd ballad and Bon Jovi regularly drops into Patriots practice to see his buddy. Remember he supports the Giants, so surely hates the Patriots. Bon Jovi has even dedicated a song from one of his albums to Belichick. How cute! 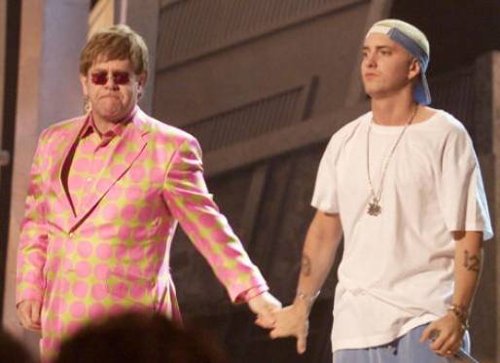 Not only is this friendship unusual but it also saved Eminem’s life. That’s a quote from the man himself. They didn’t get off to the best of starts, largely because a lot of Eminem’s lyrics are pretty homophobic.

But amazingly Elton was able to look past this and lend a sympathetic ear as the rap star struggled to recover from his drug addiction. He helped Eminem battle past his problems and the pair are still friends and regularly talk to this day.

What do you think of these surprising celebrity friendships? Let us know in the comments section below!