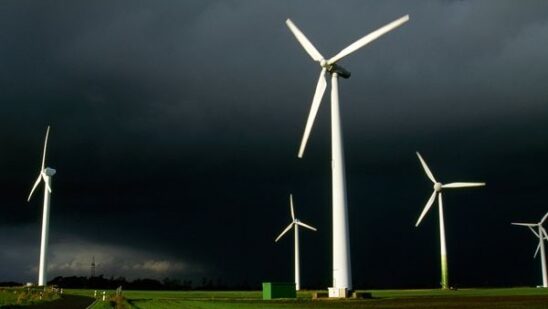 Tidal energy can be harnessed by tidal stream generators and barrage generation. Tidal power is not widely used but has the potential for growth in the future.

As researchers continue to study tidal power and build undersea power plants, tidal power could be a major provider of energy in the years to come.

Because wave energy can be difficult to harness, it is not a reliable source of renewable energy. Wave energy is currently being used for small-scale operations and scientists continue to research the possibility of harnessing the ocean’s waves for our energy needs.

Most people are familiar with solar power. The black, mirrored sheets attached to roofs and constructed in fields are a dead giveaway that the sun’s energy is being harnessed.

Wind power is one of the fastest-growing sources of renewable energy currently in use. Wind turbines are popping up all over the planet and are producing about 1.5 percent of the world’s electricity.

Denmark is currently the leader in the use of this renewable energy source and other countries are quickly following suit.

Hydroelectricity is the most widely used of all renewable energies. The energy is produced from falling or turning water and is used to provide about 19 percent of the world’s electricity.

Hydroelectricity produces no waste and has no detrimental effects on the environment.

Scientists still study energy in the hopes of making it widely available in the future.

Geothermal power has been used for centuries. It is a reliable, environmentally friendly, and cost-effective source of energy. Previous technology placed restrictions on where power plants could be located.

Today’s technology allows plants to be built away from tectonic plate boundaries, and geothermal power is now being used in 24 countries.

Biomass is grown from a variety of plants that include hemp, corn, switchgrass, willow, sorghum, and sugarcane. The production of biomass not only provides us with energy, but it preserves landfill space that would otherwise be taken up with dead and dying plant waste.

This fossil fuel is a reliable substitute for diesel, gasoline, or propane fuel. Though it can’t be considered truly green, the fuel is cleaner than traditional gasses and is friendlier to the environment.

Compressed natural gas is being used increasingly in Europe and South America and is catching on slowly in the United States.

Nuclear technology extracts energy using controlled nuclear reactions. Nuclear fission is currently the only method used to extract this energy, but radioactive decay may be used as an extraction method in the future.

There are over 400 nuclear power reactors operating around the world, providing about 15 percent of the world’s electricity.

Our reliance on fossil fuels has reached an all-time high. Our dependence on energy has caused us to wreak havoc on the environment and its ecosystems. If we have any hopes of returning our planet to a healthy state, we must continue to research and use these renewable sources of energy.