Top 10 Most Bizarre Competitions Around The World 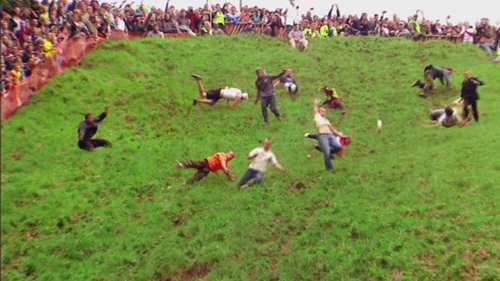 The annual Cheese Rolling competition held on Coopers Hill in the Cotswolds, England, is a crazy competition that sandwiches the three brilliant elements of absurdity, tradition, and danger together to make this one of the most famous odd sporting events in the world.

A roll of Double Gloucester hard cheese is set free with a 1-second head start down the hill, with contestants pursuing it with a combination of running, sliding, tumbling, and flipping, arriving at the bottom of the hill in various states of injury. Sprains and broken bones are well known, and there are always paramedics at the bottom of the hill ready to pick up the wounded.

Due to its increasing capacity, the competition has struggled in recent years with concerns over safety and crowd control. The loyal following fiercely protests against imposing entrance fee charges, something organizers may need to do to help them deal with the event’s growing popularity as people come from around the world to view this oddity. 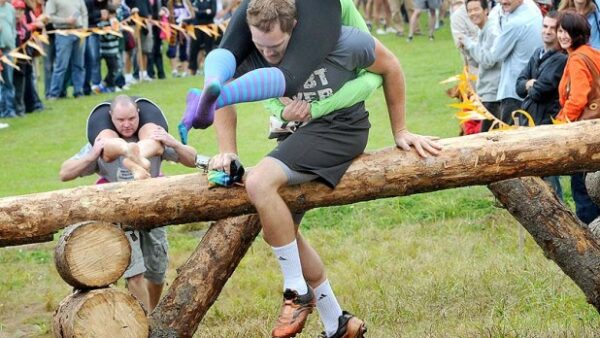 The World Wife Carrying competition in Finland is another odd event that enjoys the worldwide fame of the cheese rolling competition; however, it is also taken quite seriously by competitors. The rules are pretty simple, mainly revolving around a man carrying a woman (who doesn’t necessarily have to be his wife) around a 253.5-meter track that includes dry and wet obstacles.

There is a variety of carrying techniques, including the fireman’s lift and the popular Estonian style, and the awarded prize to the winning man is the weight of his wife in beer.  The tradition is based in Finland, and although there are a number of varieties to the legend a popular belief is that a notorious robber in the 1800s held trials for his gang that tested their physical strength by carrying sacks or women in a race.

These days, it is more official, with heats run in pairs, timed courses, and strict rules governing the minimum weight of the ‘wife’ and the age of the competitors. 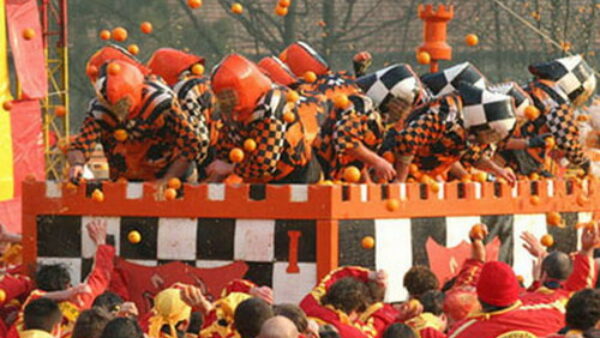 Of a similar ilk to the tomato throwing festival in Spain, the Battle of the Oranges in Ivrea, Italy, involves the mass throwing of oranges at participants, however, there is a bit more organization involved in the event compared to its Spanish alternative.

Based on a tale of the town rising up against its oppressor, in one version this is a tyrant who attempts to rape a young newlywed woman, the competition these days involves nine teams competing against each other by launching oranges fiercely amongst themselves.

Horse-drawn carriages and the allies of the tyrant are involved, and for anyone who wants to avoid direct hits then wearing red hat signals that you are not part of the competition. 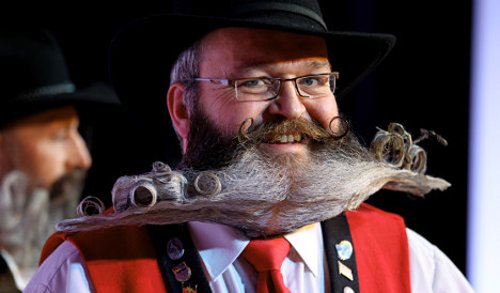 For some people, the opportunity to sport extensive facial hair often doesn’t fit in with the fashion trends of today. However, aside from the charitable November (sponsored mustache growing in November), the World Beard championship serves as an additional excuse to flaunt your manly facial hair growing capability.

There are several categories, so don’t just go for the most flamboyant, eccentric style, and competitors achieve impressive levels of style, volume, and length, so if you’re going to enter you’re going to have to take it seriously. The event is held in different locations around the world on a biennial basis. 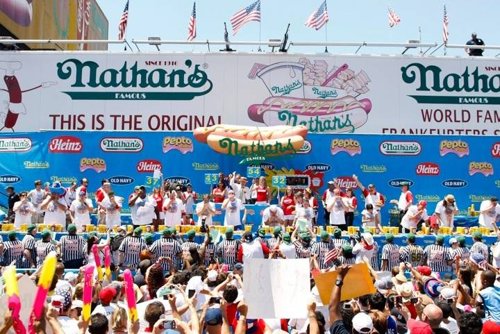 No list of crazy competitions would be complete without an eating contest, and the Americans do this best with Nathan’s Hot Dog Eating Contest.

Held on Independence Day in Brooklyn New York, this is the ultimate eating contest as contestants cram in as many hot dogs in 10 minutes. Many competitors are famous, and there is a popular rivalry between Joey Jaws Chestnut and Takeru Tsunami Kobayashi. 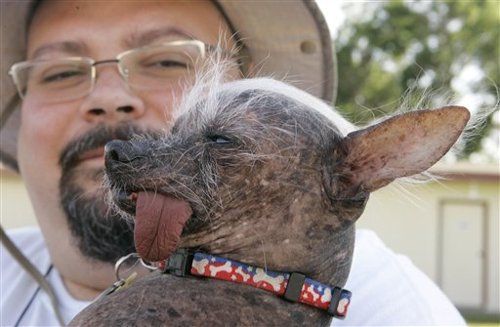 Exactly why someone would adopt an ugly dog, care about it and then let the world know they own it is puzzling, but the $1000 prize for this competition may be one of those reasons. Based in California, this competition awards the prize and title to the ugliest dog entered, and the winner usually gets a fair amount of strange world fame afterward.

Previous winners include Chihuahuas and Chinese Crested dogs, valued for their hairlessness, small size, and scrawniness. 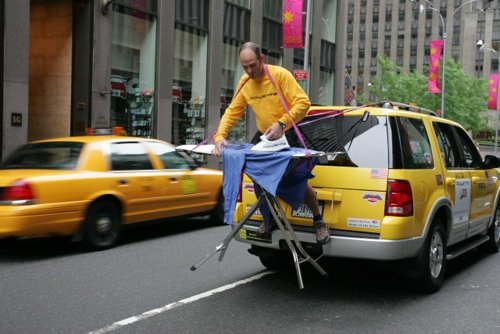 Back to the UK with this one which originated in Leicester.  This is a simple competition combining extreme outdoor activities and sensible shirt ironing. Participators often favor mountain sides, rock climbing, steep inclines, or even underwater as locations to complete a bit of shirt pressing.

The sport has gone international with contests held around the world, but many simply participate in it at their own leisure. Bungee jumping ironing is a recent, popular development. 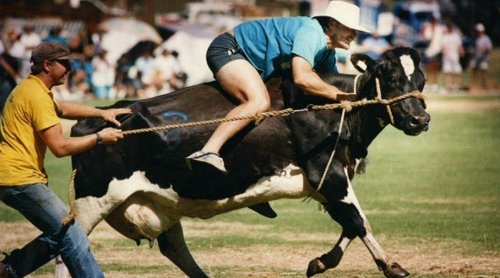 Not wishing to be outdone, the Aussies have come up with many of their own weird and wonderful sports. Cow racing has replaced horse racing near Mount Compass,  Australia, where competitors race cows against one another to the finish line.

The founders have taken this seriously, setting up their own committee and raising money for good causes. 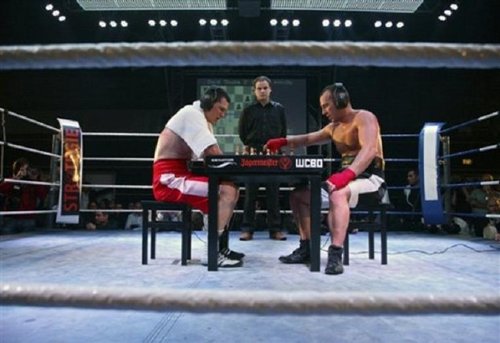 Most strange competitions focus on one, often unique or obscure, skill. However, the World Chess Boxing Organisation hosts Chess Boxing, which demands the ability to both use your head and protect it.

Competitors compete in alternating rounds of chess and boxing, and the match can be won either way. So the well-executed checkmate or the thumping knockout blow can see a competitor victorious. 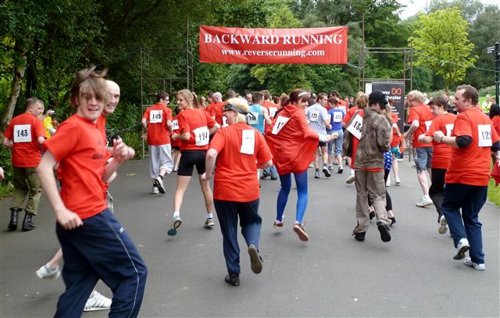 It appears the British are quite fond of absurd ways of passing the time, as they are again represented on the list with the UK Backward Running Competition. As well as numerous Backward Fun Run events there’s also the UK championship for competitive followers.

If you’re a fan of running but not long distances then the 1-mile course will probably not sound too taxing to you.

Did we miss any of the most bizarre competitions around the world that you are aware of? Let us know in the comments below!