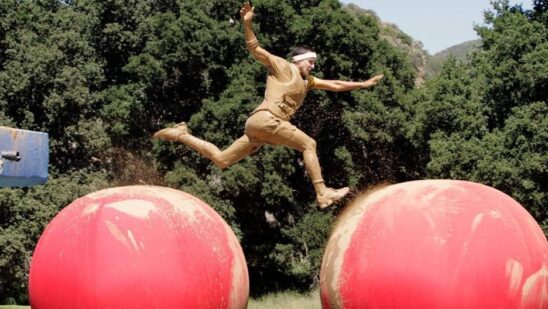 When we think of “game shows” we usually tend to think of things like Catchphrase, Bullseye, and Supermarket Sweep. But in today’s internet-savvy era a single online session can enlighten you on the vast treasure trove of human absurdity that the world of international game shows is all about (via, of course, the mighty YouTube). You can easily get addicted to the poking, prodding, and humiliation of your fellow human brethren. We can’t really explain what it is that interests us so much about the oddness of some weird international game shows (especially the ones on this list). It is a multi-faceted fascination. Who comes up with ideas? Who provides the money? Where do they find the contestants and why do they participate? Why do we spend hours of our lives watching these crazy game shows? So here is a list of some of the craziest game shows ever. At this point, a special mention should go out to the Japanese, who are the undisputed kings of the craziest game shows. Well done you bunch of stark-raving loonies!

This is included in the list because it is just plain weird. The basic premise is that you must answer questions before you are mummified – look, just watch this embedded video to see what we mean:

Distraction was a rather risqué British game show that revolved around contestants trying to answer questions while facing a number of distractions. Problem was, the distractions frequently involved nudity, bodily fluids, and pain.

Personal favorites have to be contestants trying to answer questions while blindfolded and the buzzer is surrounded by rotating cacti or the fairly brutal close-range paintball round.

The aim of this game is to win yourself a new car by successfully using it to evade the police (who have received reports that it has been stolen) for a total of 35 minutes. To make matters even more difficult for the contestants, the getaway car has been fitted with a transmitter that tells the police where you are. To make matters even worse for the contestants, the police are allowed to beat them up a little bit if they catch them!

This monster of a game show has been running since 1989, hitting its thousandth show in 2010. The show consists of budding comedians taking part in a series of ‘Batsu’ or punishment games in which they are subjected to some potentially serious physical and psychological pain.

As an example of the delights of this show, how about a round where the contestants that fail to properly recite a complex tongue twister are hit pretty hard in the nuts, the forced removal of nasal hair, and subjected to disgusting smells?

The point here is that none of the contestants are allowed to laugh at any point, otherwise they receive a painful punishment.

Things in tv game show nowadays surely aren’t like when the most we had to do was spin a wheel and the prizes were cruise ship holidays and garden dining sets. Would you let your friends, children, or other loved ones go in these shows? Let us know in the comments section below!