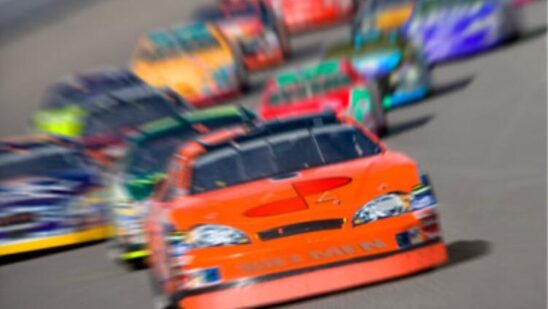 PlayStation 3 is the hot favorite console in the console gaming community. Game developers know this and they try to make the best out of it by introducing addictive and interesting games now and then. We have compiled a list of the top 10 driving games for PS3.

In 1995, Sony released the original version of WipeOut. Fast forward to 2009, when an expansion pack was released: WipeOut HD Fury.

With more than 80 challenge events, 13 new vehicles, and 12 new tracks, it has enough new content to keep even the most hard-core WipeOut fans entertained.

Even with similarities to Mario Kart, it rated highly on many of the end-of-year awards and has proven popular with both old-school SEGA fans and newcomers alike.

It’s easy to see why Need for Speed Hot Pursuit was awarded ‘Best Racing Game’ at the Game Critics Awards in 2010.

High-quality graphics and gameplay make it one of the best PS3 games on the market.

One of the biggest sellers in the Playstation range, Gran Turismo always led the way with crystal clear graphics and an impressive soundtrack.

While GT5 has had mixed reviews, mainly due to its awkward navigation menu, no one can deny that the many elements, such as the special events and the Top Gear Test Track, where driving instructors put you through your paces, make this a very enjoyable car racing game.

If you’re looking for a game where you get to do all the things you are not allowed to do during driving lessons, then Driver: San Francisco is the game for you. The sequel to the hugely popular Driver, this release takes place inside the unconscious mind of Detective John Tanner.

You find yourself weaving in and out of the San Francisco streets with the ability to take control of vehicles by ‘jumping’ between them as if you were having an out-of-body experience. It is certainly a welcome departure from the normal style of driving simulation.

Blur has occasionally been referred to as a grown-up’s Mario Kart – somewhat unfairly, it must be said. It is a hugely addictive game in which your race car is equipped with rockets.

The best place to experience its full force is in multiplayer mode, playing against other racers on the PlayStation network.

One of the most realistic driving simulator experiences in game form, Shift 2 Unleashed is the perfect game for those who like to build up their racing skills gradually.

With the chance to customize your car to suit your own needs and style, there are hours of addictive fun to be had.

If you dream of power slides, Dirt 3 is the game for you. This is a high-octane, dust-flinging, breaks-screeching, fly-by-the-seat-of-your-pants kind of game that is perfect for the secret rally driver in us all!

Do you want to experience some of the exhilaration and determination that Jensen Button or Mark Webber might have felt last Formula 1 season?

According to many critics, F1 2014 is the most realistic F1 driving game to date that can be experienced on a PS3 console.

Motorstorm RC pits you against other drivers of radio-controlled cars in a fast pace race (4 laps in around 20 seconds).

Its integration with the PlayStation network and social media sites, such as Facebook, make it all the more enjoyable.

What are your favorite driving games for PS3? Share with us in the comments below!