5 Best Racing Games Of All Time 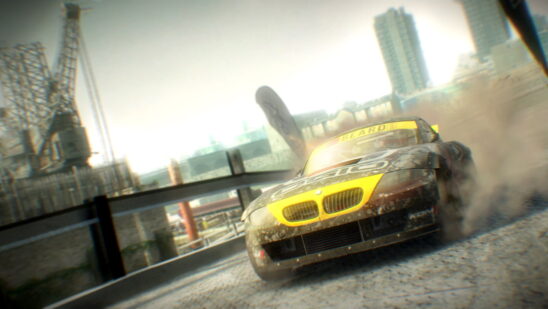 Ever since the early days of video games, racing games have always been popular among gamers of all ages. Due to the high success rate and demand in the gaming market, gaming studios throughout the world have been busy coding titles for all major gaming platforms alike to allow average people to live out their racing fantasies to the fullest. We all have fond memories of our first gaming system, and we bet you remember the first racing game you ever loaded up. For a trip down memory lane, you might also want to check out these top 5 best racing games of all time. It’ll definitely get the nostalgia firing on all cylinders!

While there were plenty of kart-racing copies inspired by Nintendo’s franchise, no one managed to emulate the success or come close to matching the experience. The N64 version of Mario Kart featured 3D racing across 16 tracks as well as unique battle arenas in which player combat is more important than racing.

Iconic power-ups such as the red, green, and blue shells, along with banana peels and turbo-boost mushrooms, have helped to make Mario Kart 64 a game that remains popular, even after subsequent releases.

The Burnout series really came into its own with this crash-oriented version, which finally put the emphasis on causing smash-happy carnage with its own unique game modes that encourage you to instigate as much mayhem as possible. As well as having a globe-trotting career mode that involves standard races, head-to-head face-offs and elimination races that ask you to force your competitors off the road, the game made crashes a delight rather than something to be avoided.

Being able to slow time and adjust the trajectory of your burning wreck of a vehicle after a crash in order to achieve point multipliers was very satisfying. The only thing lacking from Burnout 3 Takedown is licensed vehicles since no manufacturer would want to portray its cars coming to pieces.

Off-road racing in cars that you might see every day of the week is all part and parcel of the rallying experience offered by Dirt 2. As well as providing extensive career options and plenty of fully licensed cars and stars from the sport, Dirt 2 continues the racing trend of featuring an impressively diverse soundtrack to keep your ears engaged while you race.

With better multi-player options, both online and offline, than its predecessor, Dirt 2 still stands as one of the best games in its genre.

If you are looking for a true driving simulation without any of the arcade wackiness then the attention to detail of Gran Turismo 5 will definitely appeal to you. As a PlayStation 3 exclusive, it gave many people a reason to go out and buy Sony’s console, while 16-player online match-ups help to extend the longevity of an already expansive game.

GT5 contains lots of cars and tracks, with typical consumer models, ranged alongside desirable supercars to keep all petrol heads engaged. Since cheap car insurance is unattainable for most youngsters, it’s often easier to enjoy driving in a virtual world.

If you are not a PlayStation 3 owner, then the Xbox 360 equivalent to Gran Turismo can be found in the Forza Motorsport series. While Forza Motorsport 4 is already on the market, the third iteration in this franchise is arguably the superior one if you are particularly fussy about small details.

Firstly, the graphics manage to look almost photo-realistic, giving GT5 a run for its money and showing that the 360 has plenty of visual horsepower despite its age. Secondly, the driving experience is carefully modeled and designed to offer a good balance between all-out simulation and accessibility.

This is definitely not a racing game for casual players, but it is also not so deep that it will keep away those who just want to pop in the disc and race a few laps alone or with friends online.

Released in 2003 within months of the release of 2 Fast and 2 Furious, Need For Speed Underground is by far the most iconic car racing game in recent times. It introduced revolutionary car modification and gaming modes which changed the way car racing games were made.

Racing games are continuing to evolve along with the technology that is available to developers, but there are already games such as Forza that show how much can be achieved today.