The Persistence Of Space Exploration 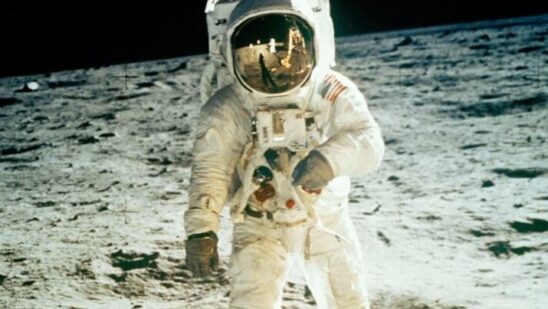 Despite the fact that the space shuttle has been retired and NASA’s budgets have been slashed effectively ending its manned space flight program, for the time being, space exploration remains a source of ongoing development and scientific creativity in the U.S., and one that is still both important and exciting. A new Mars rover, called Curiosity, just recently touched down on the red planet. And true to its name, the mission is fertile ground for curiosity about our solar system, as well as thrilling interest in the science of how we get beyond our tiny planet, even if only by way of robotic emissaries. Here we take a look at the persistence of space exploration and the future of space exploration:

Online audiences were introduced to some of the details via a dramatic video called “Seven Minutes of Terror” which details the process of achieving a safe touchdown with the rover and the science behind the development of the system that delivered Curiosity to the surface of Mars.

The popularity of that video even led to it being turned into an Xbox 360 game, indicating the imagination of young Americans is still captivated by the promise of space exploration. As well as it should be. Not only is it an amazing feat of human endeavor, the technology and problem-solving behind it ought to be able to help any inquisitive person truly appreciate the variety of academic expertise that goes into accomplishing such a thing.

We ought to hope the space program recovers and continues to grow into the future because the promise of reaching the stars is something that can do much to drive children’s personal ambitions if they know it’s possible to create something that has such a profound, if unseen, the effect on mankind’s reach in the universe.

In the meantime, that is exactly what scientists working with space programs or research institutions are capable of, and such developments are ongoing all the time. For instance, researchers at Canada’s Carleton University recently developed improvements to the mobility systems of prototype micro-rovers that could be used in future missions to nearby celestial bodies.

The new system helps to solve the problem of slippage that can occur on fine-grain Martian soil and either reduce mobility or put a rover in peril of getting stuck or toppling. The prototypes use a load cell above each wheel to gauge the force exerted by it as it moves over different terrain. As friction changes, the load cell input will help the system to keep up by essentially shifting gears to limit the threat of slippage.

It is a conceptually simple but practically complex solution to a problem that affects the pace and extent of our learning about the worlds around our own, and there are more like it, waiting for the scientists of tomorrow to address it with a sense of importance and excitement. That is, they will be waiting if there is still a significant space program to work on a generation from now.